Yesterday Joe Bastardi at Weatherbell’s  Daily Update showed that December in the US and Canada will be starting on the unusually snowy side. 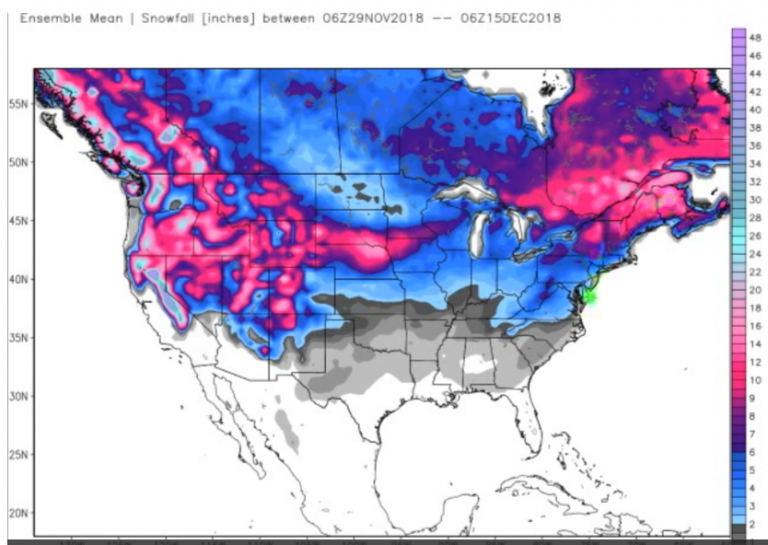 As the chart above shows, snow will reach all the way down across the Florida Panhandle to the Gulf of Mexico. 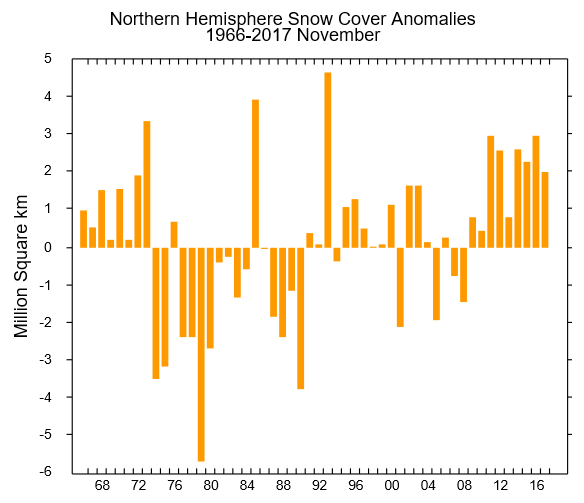 In fact this decade has never seen so much November snow cover over the Northern Hemisphere since data recording began in the late 1960s.

The increasing late fall snow cover seems to contradict the alarmist claims of snowless winters due to global warming. 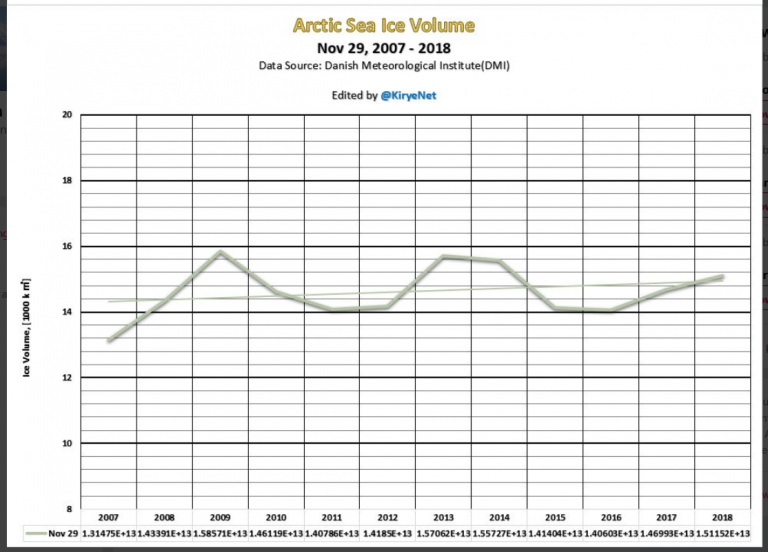 Currently Arctic sea ice is at the same level as the 2004-2013 mean, and so melting has stalled.

Meanwhile for Europe, Schneefan (Snow Fan) here shows how the CFSv2 model for Europe for December changed over 20 days by a whopping 4°C for parts of Eastern Europe.

On November 1, the model showed all of Europe would be at a balmy 2-3°C above normal (left). But then 20 days later, on November 21, it showed Eastern Europe 1 to 2°C below normal (right):

Snow fan agrees with veteran meteorologist Joe Bastardi comparing this year to the 2002/2003 and 2009/2010 winters. In Central Europe December 2009 started out mild, but the second half cooled substantially.  Latest forecasts show the same may be in the works for the coming December.