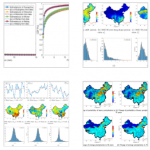 Share this… Facebook TwitterAccording to a recent paper by Choujun Zhan et al, extreme precipitation events have declined over 90% of China. Hat-tip: reader Mary Brown Image right: Journal of Atmospheric and Solar-Terrestrial Physics According to the paper’s abstract, a newly developed dataset containing daily precipitation in China at 0.5° intervals of longitude and latitude […] 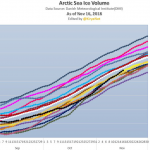 Share this… Facebook TwitterRecently we’ve been hearing about how cold it’s been over much of North America, for example how Houston saw its earliest snowfall on record! Well, it appears that the early wintry conditions are getting set to take even stronger hold over the Northern Hemisphere. Yesterday at Weatherbell’s Daily Update, veteran meteorologist Joe […]

Share this… Facebook Twitter[The most notable part of the documentary is the interview with Freeman Dyson, from 1:09:00 – 1:14:00] In his new documentary “The Uncertainty has Settled“, Dutch filmmaker Marijn Poels focuses on climate science and politics and found that the issue is in fact as controversial and as UNSETTLED as any issue could possibly get. […] 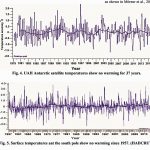 Share this… Facebook TwitterThe year 2018 could mark the beginning of the end of climate change alarmist reporting.  Projections of catastrophic melting of the ice sheets and sea level rise swallowing up the Earth’s coasts are increasingly undermined by observations.  Extensive glacier and ice sheet melt resulting in an accelerated sea level rise threatening the […]

Share this… Facebook TwitterThe weather models are all now pointing to wintry weather pushing into Europe next week, after a year of near record warm temperatures. Is a cold winter in store? German skeptic weather and climate blogger Schneefan (Snow Fan) here writes that the winter most likely will be starting early this year, but […]

Share this… Facebook TwitterProposed wind turbines in Switzerland’s Linth region have been rejected by local communities, the media report. Parts of Switzerland want no part of blighting their landscape in the name of environmental protection. Hit-tip: a reader from Switzerland Little wonder! Here’s what wind energy opposition organization Linth Gegenwind (Linth Headwind) shows what the […] 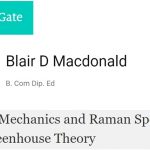 Share this… Facebook TwitterNinety-nine percent of the Earth’s atmosphere is made up of two gases: (78%) nitrogen (N2) and (21%) oxygen (O2). Neither is considered an IR-absorbing/re-emitting greenhouse gas (GHG) like (0.041%) carbon dioxide (CO2) or (0.00018%) methane (CH4). Utilizing real-world Raman spectrometer data, an independent researcher from Sweden has found both N2 and O2 […] 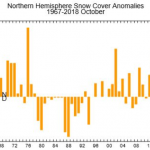 Share this… Facebook TwitterDespite the warm year seen in Central Europe so far this year, and all the claims that it’s due to climate warming, the globe in fact has shown it’s been cooling off, or at least not warming at all. Hat-tip: Schneefan UAH satellite measurements of temperature at 1500 m altitude in October […] 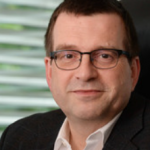 Share this… Facebook TwitterCNN and the Guardian just reported on a new study suggesting meat is bad for human health (even though humans and their ancestors have been eating and thriving on it for some 3 million years). The authors also suggest that the healthy alternative is the vegan diet! Meat tax “could save 220,000 lives […] 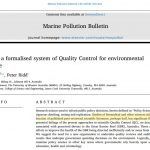 Share this… Facebook Twitter“A number of biases internal and external to the scientific community contribute to perpetuating the perception of ocean calamities in the absence of robust evidence.”  – Duarte et al., 2015 Image Source: Larcombe and Ridd, 2018 Within a matter of days after the press release for a newly published Nature paper spewed […]

Share this… Facebook TwitterEarlier this year in Ljubljana, Slovenia, acoustics and health expert Dr. Mariana Alves Pereira explained the impacts low frequency infrasound can have on health. It’s far from pretty. Infrasound is very low frequency (<20 Hz) and is below the threshold of human hearing. It is sensed by the human ear only as pressure […]