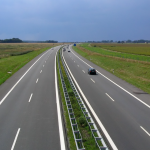 Slowing Down For The Climate: German Evangelical Church Petitioning For Speed Limit On ‘Autobahns’

Share this… Facebook TwitterThe days of unlimited speed on Germany’s famed autobahns are indisputably coming to an end – probably soon. And thank God! Hat-tip: achgut.com. The online Mitteldeutche Zeitung MZ) here reports the Evangelical Church in Central Germany (EKM) is pushing to impose a speed limit on German autobahns, the motorways where drivers  in […] 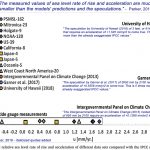 New Science: 89% Of The Globe’s Islands – And 100% Of Large Islands – Have Stable Or Growing Coasts

Share this… Facebook TwitterRapid sea level rise was supposed to shrink Earth’s coasts. It hasn’t. Image Source: Mörner, 2018 “Over the past decades, atoll islands exhibited no widespread sign of physical destabilization in the face of sea-level rise. 88.6% of islands were either stable or increased in area, while only 11.4% contracted. It is noteworthy that […] 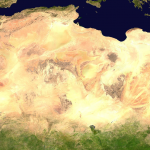 Share this… Facebook TwitterAlthough resistance to littering the landscape with industrial wind turbines continues to grow strongly and the power grid is becoming ever more unstable, the German government refuses to back off its expansion of wind and solar energy. Protests groups reach over 1000 in number as wind turbine litter the German landscape. Photo: […] 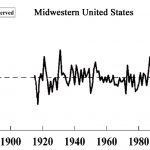 Share this… Facebook TwitterThere are large regions of the globe where observations indicate there has been no warming (even cooling) during the last decades to century. Climate models rooted in the assumption that fossil fuel emissions drive dangerous warming dismiss these modeling failures and project temperature increases of 3° – 10°C by 2100 for these […] 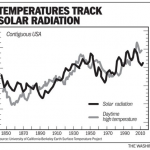 Share this… Facebook TwitterBy Kyoji Kimoto kyoji@mirane.co.jp 1. Warmer period of the 1930s In 1998 D. Dahl-Jensen et al. pointed out in the journal Science that the 1930s is 0.5°K warmer than the present time based on a bore-hole study of Greenland ice sheet. The following data support D. Dahl-Jensen’s findings, from Soon 2012. Also heat […] 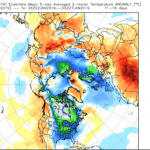 Share this… Facebook TwitterYesterday we wrote about a study that told us the data do not support that weather blockings are occurring more often than they used to. Some alarmist media and scientists have claimed that the heavy snowfalls in the Alps are happening due to manmade global warming. Swiss meteorologist: Such snowfalls “nothing unique” […] 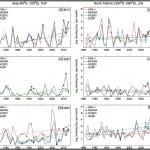 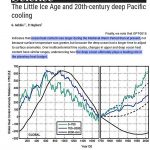 Share this… Facebook TwitterAuthors of a new paper published in the journal Science (Gebbie and Huybers, 2019) insist “the deep ocean ultimately plays a leading role in the planetary heat budget.” The global deep ocean has much less heat today than it had during both the Medieval Warm Period and the Little Ice Age. Image Source: Gebbie […]

Share this… Facebook TwitterMojib Latif: three statements, three times totally off the mark By Die kalte Sonne (German text translated by P Gosselin) At the end of the year, it’s usual to take a look back. That’s what we wish to do at this blog. Leading German climate scientist Mojib Latif made three historical statements […]