For those serious about taking concerted action to combat climate change, implications from a 2018 study suggest that the widespread abandonment of  smartphone use — which is collectively on track to add 125 megatons of CO2 equivalent per year by 2020 — may be key to preventing the planet’s catastrophic demise.

Most people haven’t considered their smartphones to be significant contributors to global CO2 emissions.

But they are.  And they are poised to become one of the more prominent obstacles to global efforts to reduce CO2 emissions in the coming decades.

The unsustainable expansion of smartphone emissions

A recent analysis by Belkhir and Elmeligi (2018) determined that the greenhouse gas emissions from the Information and Communication Industry (ICT) – smartphones and mobile devices, prominently – will grow from 1% of total global emissions in 2007 to 14% by 2040. That’s more than half of today’s relative contribution from the globe’s entire transportation sector.

Last year (2018), there were 2.5 billion smartphone users.  Belkhir and Elmeligi suggest that if there aren’t serious efforts to reduce or eliminate smartphone use in the near future, the number of smartphone units across the globe may reach 8.7 billion by 2040.

This past weekend, climate change protesters took to the streets across the world by the hundreds of thousands.

Many of these protesters were children and youth.  They decided to skip school last Friday to demonstrate just how deeply concerned they are about the Earth’s climate.

There is little these young people can do to save the planet from extinction as far as directly influencing government policy.

However, there is something that they – and we – can do that would make a difference in reducing our CO2 emissions impact: give up our smartphones.

And encourage all our friends and family members to do the same.

Widespread smartphone renunciation would be a symbolic testament to our commitment to rescuing the planet from the oncoming climate catastrophe.

It’s not too late…yet.  Shall we begin? 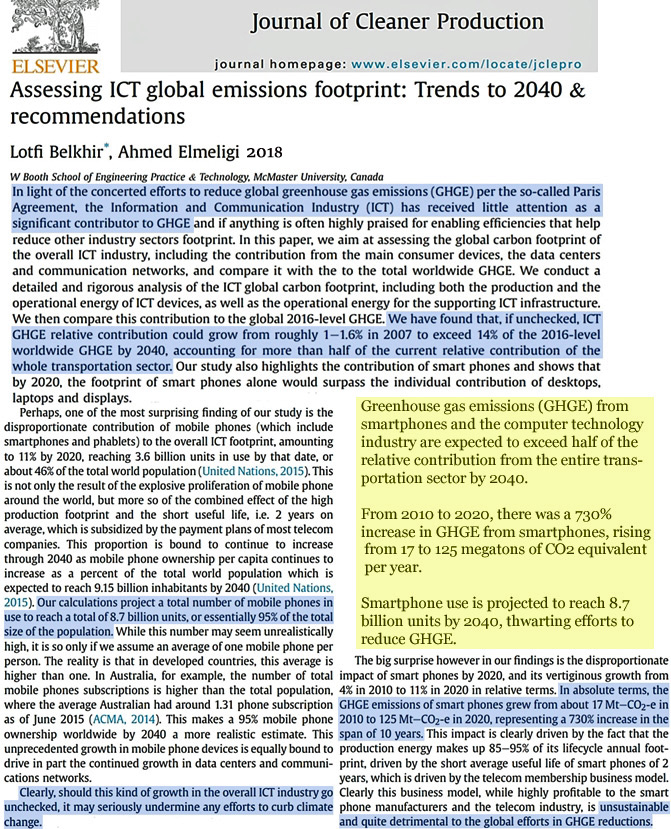