Today we’ll take a look at March mean temperatures and their trend for some locations for which almost complete data are available from the Japan meteorology Agency.

Though March is only a single month, it is important because we often hear how spring is supposedly arriving earlier due to global warming, and as a result winters will get shorter before disappearing altogether, according to some alarmists “experts”.

The arrival of spring is also important because the length of the growing season depends on it.

No trend in Canada in 30 years

What follows first is the chart for March mean temperature for 9 stations scattered over Canada. These stations were selected because they are the very few that have almost complete data sets going back 3 decades. 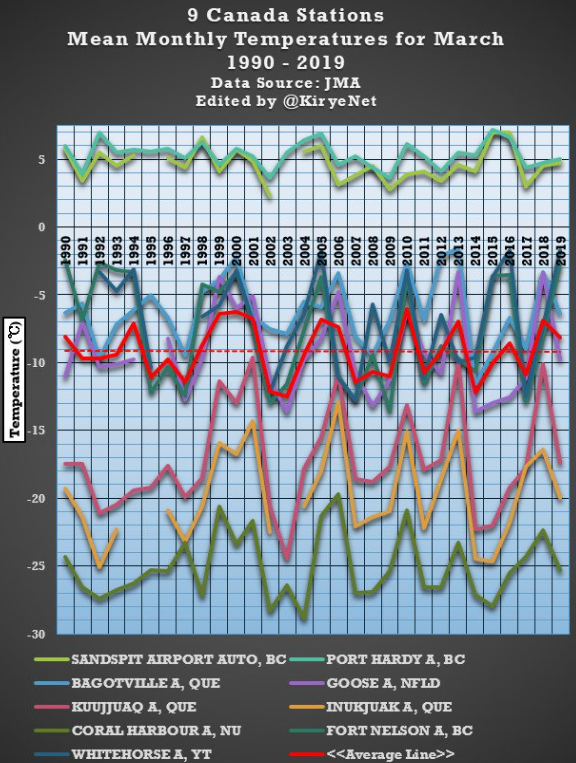 As the chart for Canada shows, spring in reality is not arriving earlier and the country’s already short growing season has remained short for 30 years.

Next we look at Ireland, where the data were complete enough at 6 stations: 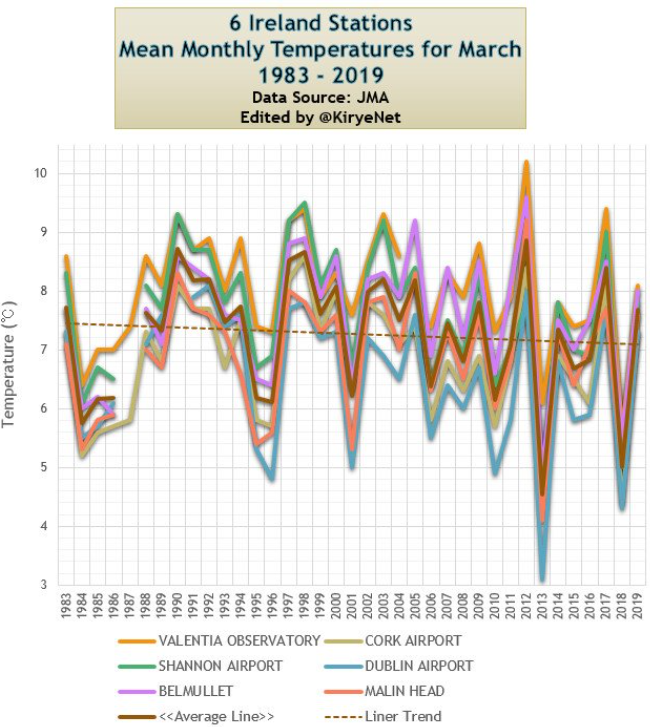 In Ireland the Northeast Atlantic island has seen its spring cooling since 1983, a total of 37 years. Moreover, the downward trend has even accelerated since the late 1990s.

Moving to continental western Europe in France, and looking at the JMA data from 6 stations scattered across the country, we have the following plot: 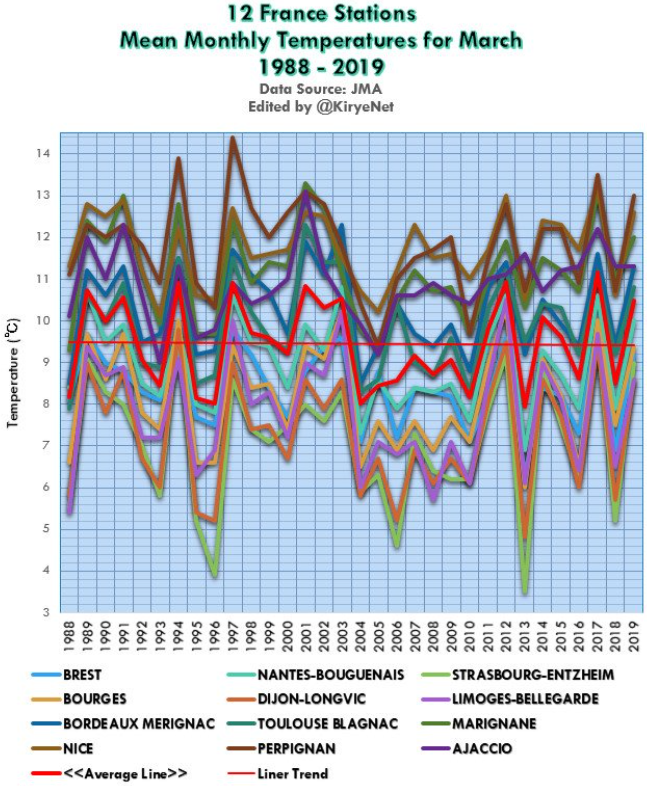 Here we see the spring month of March has not see any warming in over 30 years.

Finally we look at data for March from 5 quality data stations from the JMA database from the Scandinavian country of Sweden: 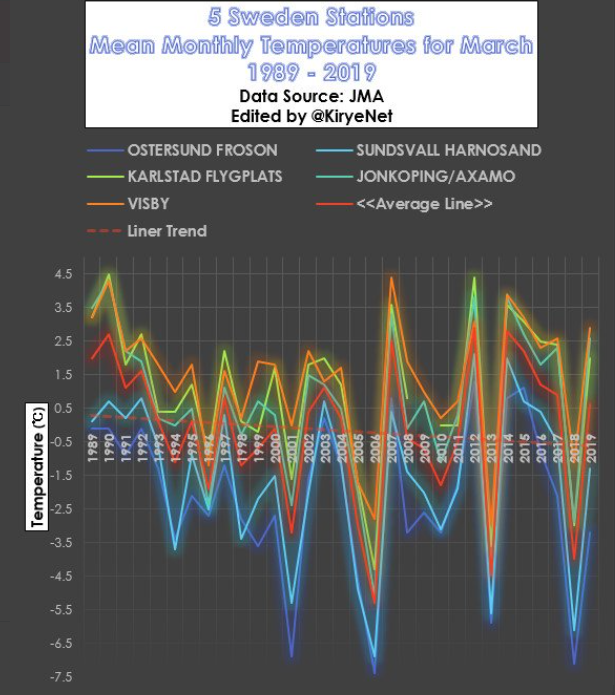 In Sweden we see that March has cooled off over the past 30 years, which points to the potentially bad news of shortening growing seasons there.

Although this is only a random sampling of data from the northern hemisphere, they show that the alarmist claims made by global warmists are more hype than they are reality.

10 responses to “Alarm-Silencing Spring: Data Show March Mean Temperatures Have Not Been Warming Alarmingly As Claimed”