At his Twitter site here, veteran Swiss meteorologist Jörg Kachelmann reported that many Europeans woke up to snow this morning as a blast of polar cold sweeps across the continent. 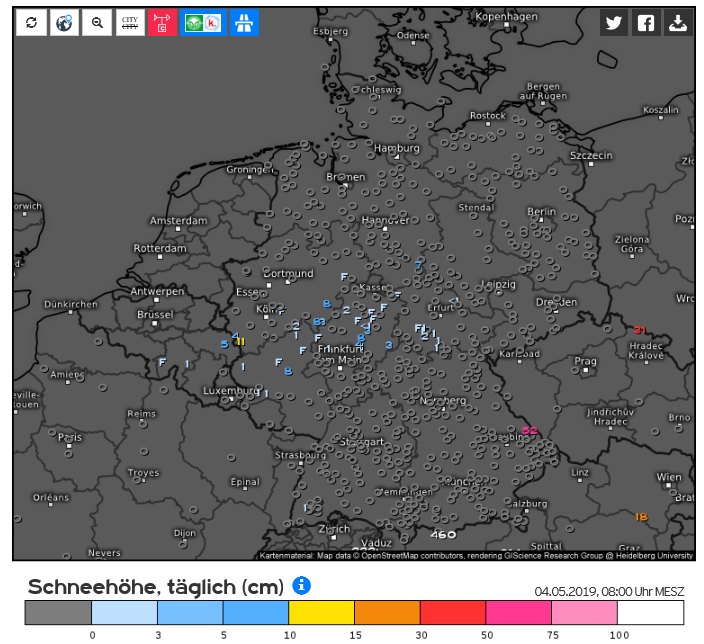 As the chart shows, snow also fell in Belgium. The snow comes as a surprise.

Also online German tabloid Bild here reported of a “winter outbreak” and “heavy snowfall” across Bavaria and Thuringia, causing disruptions on the A4, A9, A71 and A72 autobahns.

Bild reports that freezing temperatures are expected overnight into Sunday morning. A spokesman for the German DWD national weather service in Munich said that may snowfall in the lowlands is “quite unusual”.

Also the online NTV reports of snowfall in the central German state of Hesse, and the cold and wet weather is expected to linger for a couple of more days.

The online Der Spiegel wrote: “Snow? In May?” and reported that in some areas winter road crews had to be put into operation.