Another new paper, which of course will be ignored by the government-funded IPCC because it contradicts claims CO2 drives climate, shows that natural factors dominated the earth’s climate variability.

A team of scientists led by Jerome Goslin have published a paper titled Decadal variability of north-eastern Atlantic storminess at the mid-Holocene: New inferences from a record of wind-blown sand, western Denmark in the journal Global and Planetary Change, suggesting climate variability is driven naturally. 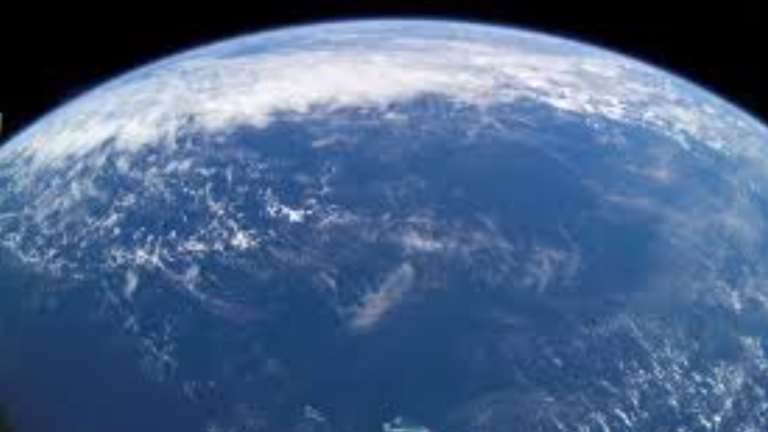 Not surprisingly, as evidenced by hundreds of other publications (which are entirely ignored by the IPCC), climate variability is indeed tied to solar activity and “internal atmospheric and oceanic modes”.

The authors report they found “periods of high storminess activity to be significantly correlated with solar minima and relative pluri-decadal lows in the NAO.”

Taking it a step further: suggesting that these powerful natural cycles stopped driving climate some 100 years ago and claiming a few extra molecules of CO2 have since taken over the climate driver’s seat is pathetic nonsense, one that could only be sustained by a government-funded mega-billion-dollar disinformation/scare campaign.

Disentangling the external and internal forcing responsible for the variability of the Earth’s climate and associated extreme events over the Holocene is crucial for producing reliable scenarios of adaptation to the effects of ongoing climate change. At mid-latitudes, significant relationships between westerly storminess, solar activity and internal atmospheric and oceanic modes of variability have been repeatedly evidenced to exist over millennial and centennial time scales. However, at shorter (decadal) scale, it is still challenging to establish clear control links between the forcing mechanisms and the spatio-temporal variability of past extra-tropical storms. This probably owes to the existence of complex multi-scale relationships and feedback loops, as well as to the difficulty of producing proxy-records of sufficiently high-resolution and wide spatial significance.

Here we present a reconstruction of westerly storminess in western Denmark between 4840 and 2300 yrs. cal. B·P. Past-storminess is retrieved from an organic-rich sedimentary succession by combining markers of aeolian sand influx, μ-XRF geochemistry and plant macrofossils. Particular focus is paid to the c. 4840–4350 yrs. cal. B·P. period for which our record is characterized by a pluri-annual resolution. We evidence concurrent pluri-decadal shifts in storminess and humidity regime at our site that we interpret as relocations of the mean westerly storm-track over the North-Atlantic. The signal is dominated by ≈ 90, ≈ 50–80 and ≈ 35-yr periods, evoking possible links with solar activity, the North-Atlantic Oscillation (NAO), the Atlantic Multidecadal oscillation (AMO) and the Atlantic Meridional Overturning Circulation (AMOC) modes of variability, respectively. The ≈ 35-yr periodicity found in our record is especially strong and stationary, suggesting that storminess could have been closely linked with the AMOC over the study period. Our records of storminess indeed show some great similarities with a record of deep overflow of a branch of the AMOC. Opposite to some model outputs, the strength of the AMOC seems to have often co-varied with storminess at pluri-decadal scales over the study period. We also find periods of high storminess activity to be significantly correlated with solar minima and relative pluri-decadal lows in the NAO. We suggest that small lowering in the strength of the NAO in an otherwise positive NAO context may have caused southward relocations of the mean westerly storm-track from subpolar latitudes to northern Europe. This invites to reconsider the importance given to using the NAO as a binary index.

Finally, an attempt is made to explore the temporal lead-lag relationships between storminess and different potential forcing agents such as the Total Solar Irradiance, the NAO and the AMOC. Unfortunately, the insufficient chronological precision of the proxy-records available for the TSI, the NAO and the AMOC over the study period prevents us from deriving any robust interpretations regarding potential teleconnections at a decadal-scale between past north-Atlantic westerly storminess activity, solar forcing, the NAO and north-Atlantic surface and deep oceanic circulation.”