New Study Shows Climate Models Not Even Close To Be Useful For Policymaking. “Precipitation Remains The Achilles’ Heel “

A new paper just appeared in the journal of Atmospheric Research titled: “Climate classifications from regional and global climate models: Performances for present climate estimates and expected changes in the future at high spatial resolution“. 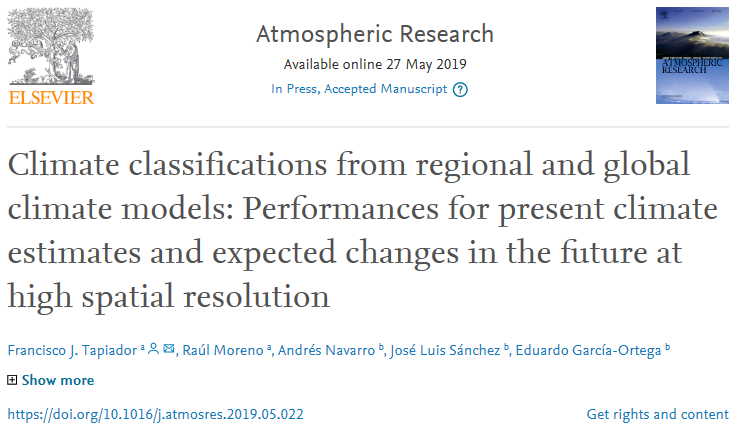 Though the title itself reveals little about the quality of the performance of models, the study suggests that models still have a long way to go before really being useful for policymakers to go by.

The study concludes, “The modeling of precipitation remains the Achilles’ heel of models and thus of multidimensional indices, which are very sensitive to this variable.”

Well, just about every major climate index is directly related to precipitation. Thus if the models cannot get precipitation right, then everything else will also be wrong – or at least so far off the mark as to be useless.

The plea for us to worship crude models

“Nonetheless”, the authors write, “the role of models as privileged tools to advance our scientific knowledge of the Earth’s system remains undisputed.”

In other words, even though the models don’t work, and thus cannot be relied on at all by policymakers, we should still worship them!

Climate scientists have a long history of making the public think their models are pretty darn good, and that only a teeny weeny bit more tweaking is all that is needed. In reality, however, climate models are still only at the very embryonic stages of development and nowhere near suitable for performing the tasks that would make them of any use for the long term.

The climate system, which includes the atmosphere, extraterrestrial systems, tectonic activity and our great oceans, is just too poorly understood and so absolutely impossible to accurately model with any degree of certainty. There are still so many huge data holes that need to be filled.

Any scientist who claims otherwise should be put away for fraud, or in the least dismissed as an outright quack.

What’s especially sad is that many of these gaping holes are gradually being filled, but unfortunately these data contradict the CO2 hypothesis of the alarmist scientists – and so they just ignore them.

The result: their models will remain a sham.

Climate classifications based on temperature and precipitation measurements are increasingly being used for environmental and climate change studies. Using three classification methods (Köppen, Extended Köppen, and Holdridge) and one observational dataset for present climate (CRU, Climate Research Unit), we show that GCMs have bridged the gap that led to the emergence of RCMs thirty years ago, as GCMs can now provide global climate classifications whose accuracy and precision are comparable to those of regional outputs of the RCMs. Projections of high-resolution GCMs for future climates under the assumptions of three Representative Concentration Pathways (RCP26, RCP45 and RCP85) can therefore be used as a primary source for climate change and global warming studies at high resolution. This paper provides comprehensive, model-derived climate classifications for the entire planet, using RCMs and two GCMs for present and future climate-change scenarios, and discusses how well the models actually represent the climates of the world when compared with reference, ground validation data. It turns out that both GCMs and RCMs appear still limited to provide practical estimates of the world climates even for present climate conditions. The modeling of precipitation remains the Achilles’ heel of models and thus of multidimensional indices, which are very sensitive to this variable. The conclusion is that model outputs at regional scale need to be taken with extreme caution without venturing into informing policies presenting potentially large societal impacts. Nonetheless, the role of models as privileged tools to advance our scientific knowledge of the Earth’s system remains undisputed.”

9 responses to “New Study Shows Climate Models Not Even Close To Be Useful For Policymaking. “Precipitation Remains The Achilles’ Heel “”