In recent decades, North American glaciers have advanced by many kilometers and buried forests in ice in the same regions where glaciers have receded and uncovered Medieval-era forests. 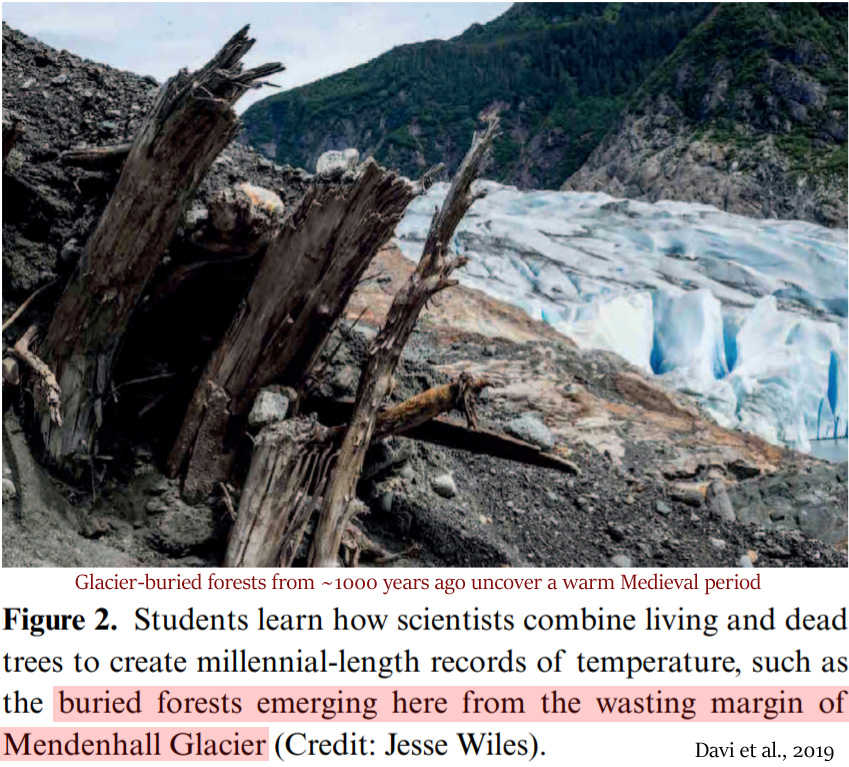 Ancient forests buried beneath ice for the last ~1,000 years began “popping out from under southern Alaska’s Mendenhall Glacier” and garnishing headlines a few years ago (LiveScience, 2013).

Much of the attention centered around the glacier’s retreat and an apparent link to climate change. However, the revelation that intact and upright trees could be exposed from beneath a glacier suggests the Medieval climate was warm enough to sustain forests prior to the Little Ice Age glaciation.

There are claims that Juneau residents are concerned about the ice melt contribution to sea level rise due to the recession of the Mendenhall Glacier (LiveScience, 2013). This is ironic considering local relative sea level has been falling at a rate of over -13 mm/yr since the 1930s. 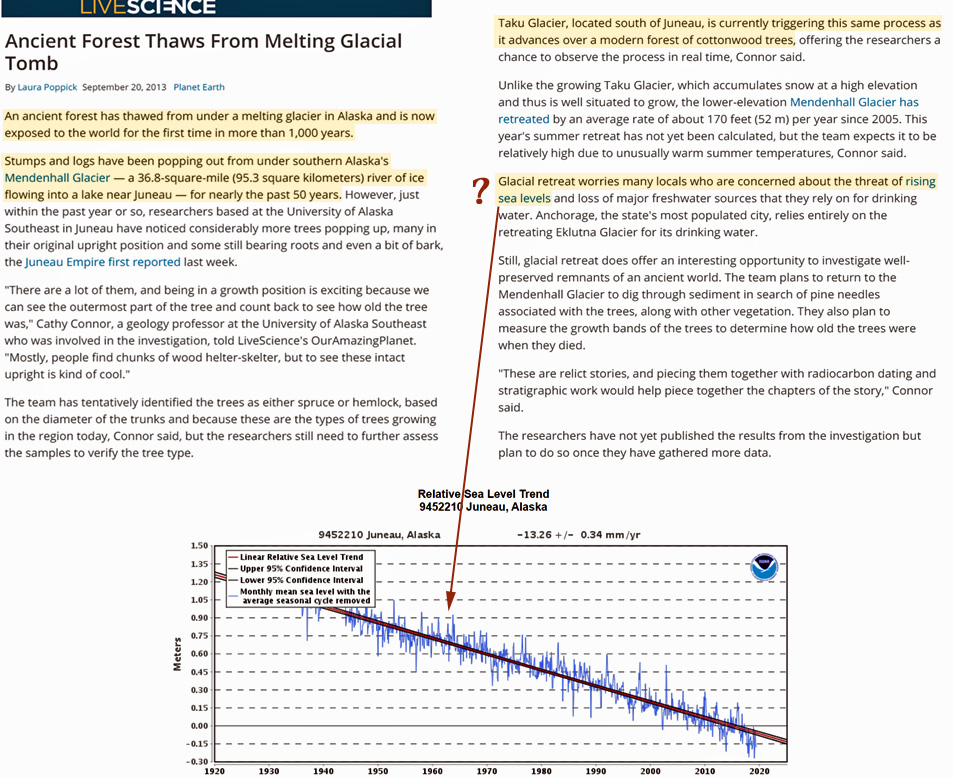 In Arctic Canada, the Good Friday Glacier (GF) has been continuously advancing ever since it was first spotted in 1948. While the advance has slowed in recent years (upon reaching tidewater and calving in the late 2000s), the uninterrupted advance has amounted to 9.3 km in the last 70 years (Medrzycka et al., 2019). 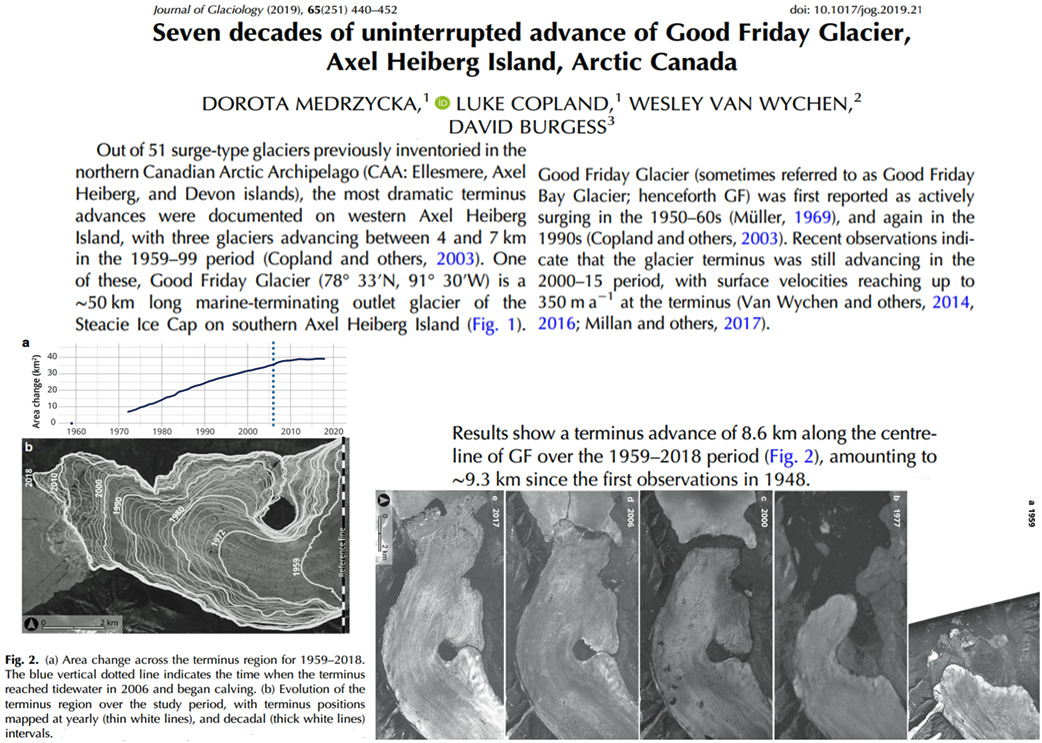 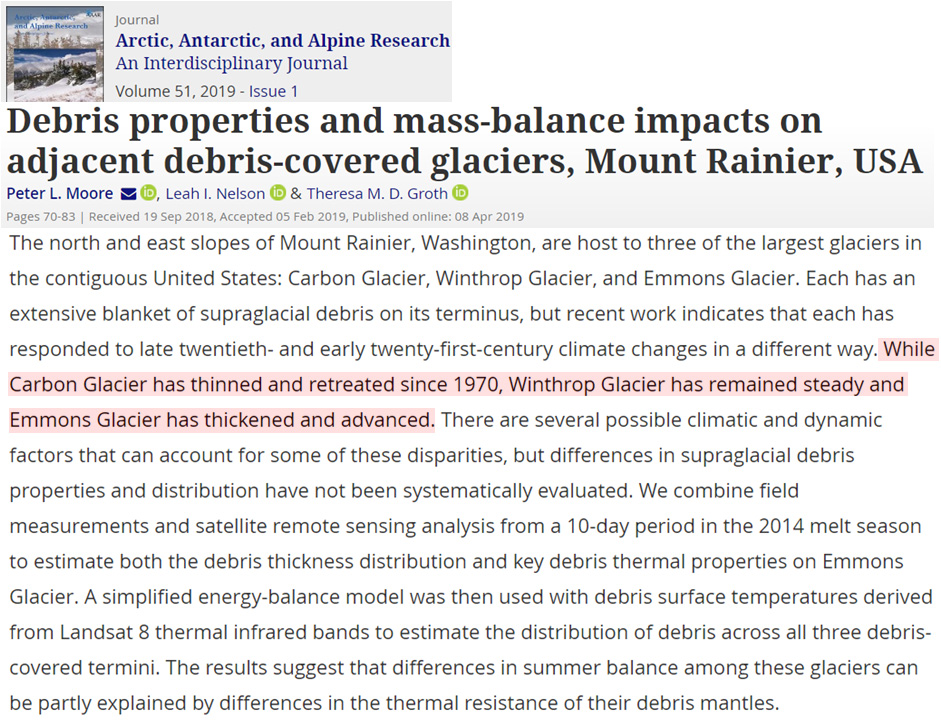