Cat 5 Hurricane “Dorian” showed a development parallel to a solar storm lasting several days, which reached the earth from 27 August to 4 September 2019.

The strength of particle radiation of a solar storm is given as a three-hour value in the Kp index, the daily value is called the A index.

The following table shows the development of hurricane DORIAN compared to solar activity in the daily values of the A index.

The parallels are astonishing: It would seem DORIAN was “fed” by the strength of the solar storm in its development, especially in its peak around September 1, 2019.

So the question arises: How could solar storms influence earthly hurricanes? And the question certainly cannot be vice versa.

A commentator made the following interesting comments on hurricane activity in 2017 (including IRMA), and 2018 in the North Atlantic and a connection of solar activity with regard to changes in the jet stream:

Interesting sequence of events here; July 9/10 we had a sharp ‘Kp’ impact after a prolonged period of quiet.
On July 11th, TS Barry had been activated, by the end of the week we had the Jet Stream phenomenon, first over the pacific then over US states.
The theory is that a burst of ‘Kp’ activity expands upper atmosphere and triggers profile changes which can activate or exacerbate potential or base line activity lower down in the atmosphere.
Science in this area is in its infancy; however a discussion of what is involved can be seen at
https://howtheatmosphereworks.wordpress.com/about/solar-activity-and-surface-climate/storm-analysis/

This is also an impressive parallel development of hurricane “IRMA” (Cat. 5) and the solar storm in September 2017: 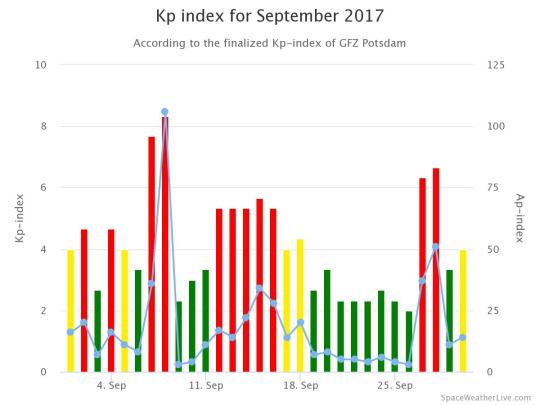 The influence of solar activity on the Earth’s weather, e.g. sudden stratospheric warming in the winter over the Arctic with violent “Arctic outbreaks” in the mid-latitudes, is already well known.

Why shouldn’t solar activity also have a significant influence on the formation and development of cyclones through solar storms over the stratosphere and the jet stream?

An important and meaningful field of research, in my opinion…, and far more meaningful than the demonization of the life-giving CO2 in our atmosphere, with the aim of pulling money out of people’s pockets with a CO2 tax….

By the way: The solar activity also influences ENSO – NASA sees the globally cooling La Niña from November 2019 on… 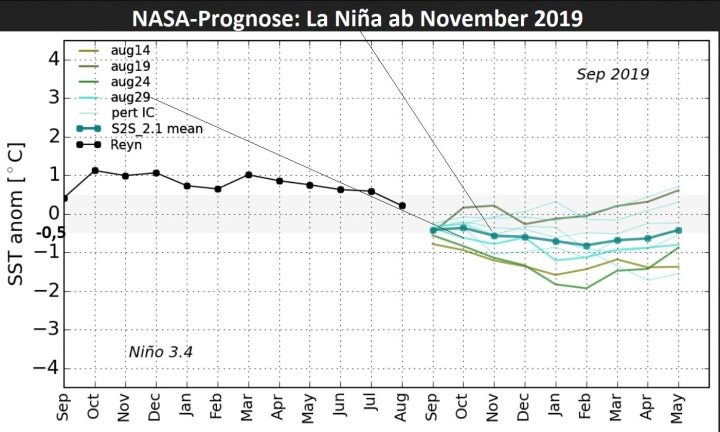