Last weekend the climate conference by the Germany-based European Institute for Climate and Energy EIKE took place in Munich, despite threats by leftist radicals.

1. Alps glaciers smaller than today during much of the Holocene

Among the speakers was Prof. em. Christian Schlüchter is a leading Swiss geologist who studied the glaciers of the Alps in great detail for decades. In his talk he reported his findings from very old timber found in and below glaciers, and what those ancient tree remnants tell us about the glacial epochs of the Alps. 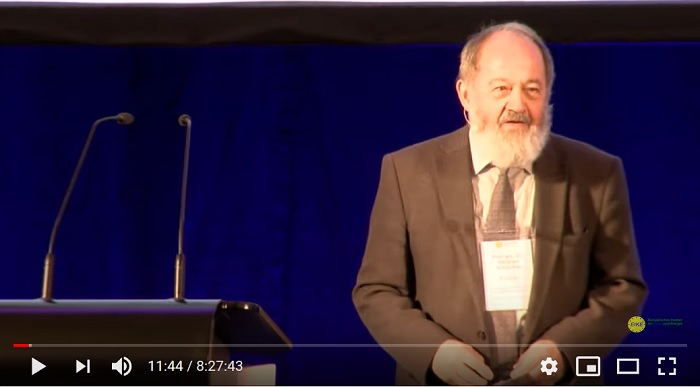 The key message is that the alpine glacier extent was often smaller than in 2005. The timberline was at least 300 meters higher, which indicates a minimum of 1.8° C higher temperatures than today. An example of this is Hannibal, who managed to cross the Alps with elephants during the Roman times.

Schlüchter summarized that more than 50% of the last 11000 years alpine glaciers were smaller than 2005 and that events of glacier growth were fast and short. Also the little ice age (from the end of the medieval warm period to about 1850) was the longest glacier extension since the last ice age 12,000 years ago,

Scafetta discussed several areas where the climate models constantly fail. A key case is the Medieval Warm Period, which he showed together with the Roman Warm Period and the Modern Warm Period:

On the following slide, Prof. Scafetta shows how the IPCC models (light blue line) fail to reproduce the Medieval Warm Period (red real data) in the left part of the chart: 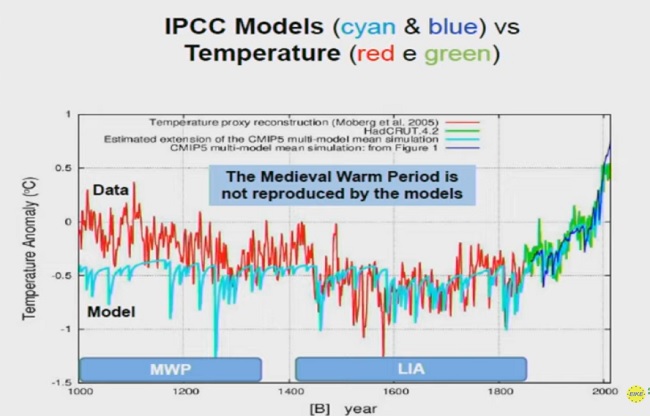 According to Scafetta, the models the IPCC uses are not capable of reproducing climate variations, which follow periodic solar activity.

The following chart compares the IPCC 2013 models to that of his own model (yellow area): 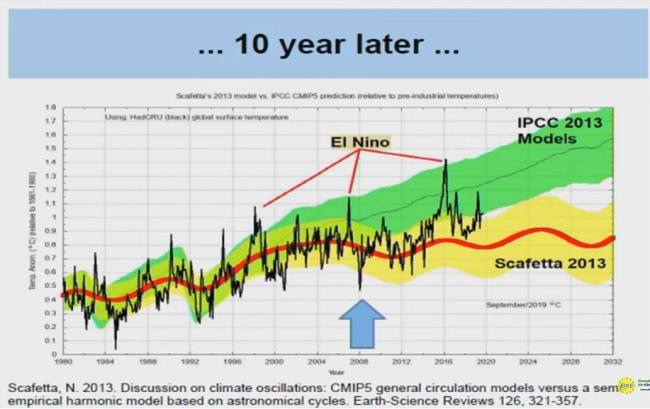 Both are not perfect and so indeed contradict any claim that the “science is settled”. But Scafetta’s model appears to be much more on track than the IPCC models.

Renowned Israeli astrophysicist Nir Shaviv continued where Scafetta left off, presenting the IPCC world and its errors. Shaviv emphasized that the climate sensitivity of CO2 is unknown and largely overestimated by the IPCC: 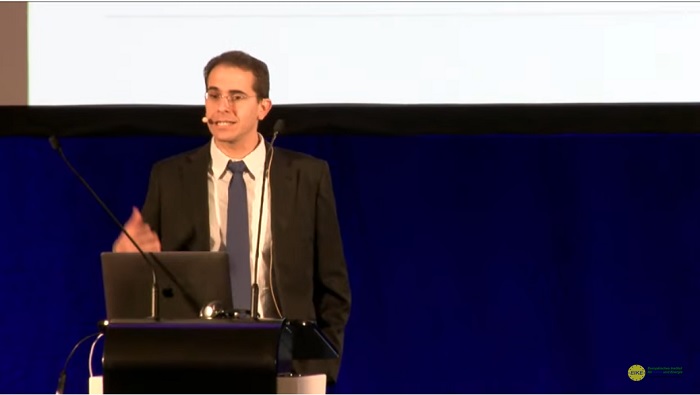 The Israeli astrophysicist judged the IPCC leaving out the sun as a driver “a severe shortcoming”, saying that the IPCC overestimates climate sensitivity of CO2 at the expense of solar influences.

While IPCC modelers managed to hide this for 20th century data, it will lead to a serious overestimate of temperatures in the 21st when solar influences will be cooling, according to the the Israeli scientist. Shaviv therefore expects a much lower temperature rise than that predicted by the IPCC.

Danish physicist and climate researcher Henrik Svensmark talked how he found it more and more difficult to raise funding for his research because the results contradict the IPCC.

Svensmark investigated the mechanism of how cosmic rays impact the creation of climate-crucial clouds. This happens through creation of ions which serve as clouding seeds in the atmosphere:

By experiments and by correlation measurements, Svensmark investigated the mechanism of cloud creation by cosmic rays. IPCC researchers already cite a reduction of cloud creation as a possible positive feedback mechanism, which could escalate global warming to catastrophic levels, and so Svensmark’s research needs to be addressed seriously.

The importance of cloud creation as a cooling climate factor is regarded as undisputed, Svensmark’s conclusion: 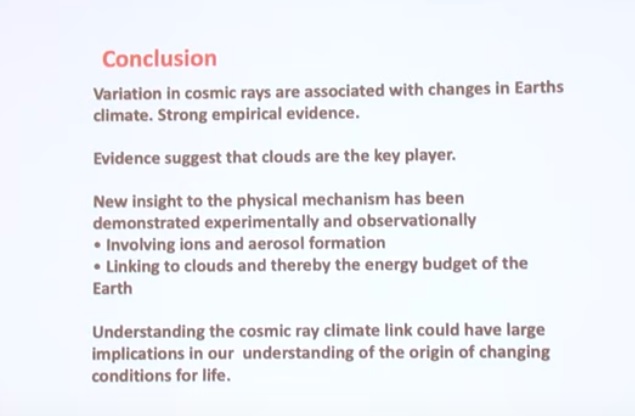 Overall, as a physicist, I found the 4 ground-breaking scientists presented results that make it seem highly improbable that the IPCC climate models are complete and reliable. The IPCC models are hardly worthy of any 97% consensus.