Scientists find three Arctic (Svalbard) lakes were all ~7°C warmer than they are now about 10,000 years ago – when CO2 concentrations were only 260 ppm.

According to a just-published Geophysical Research Letters paper (van der Bilt et al., 2019), not only were surface temperatures 7°C warmer than today in High Arctic Svalbard due to the accompanying “high radiative forcing” during the Early Holocene, but sea ice limits were well north of the study area back then too.

The authors point out that model “simulations neither reproduce this reconstructed pattern nor its magnitude.” This is presumably because the model simulations are predicated on the assumption CO2 concentrations are a primary climate driver. 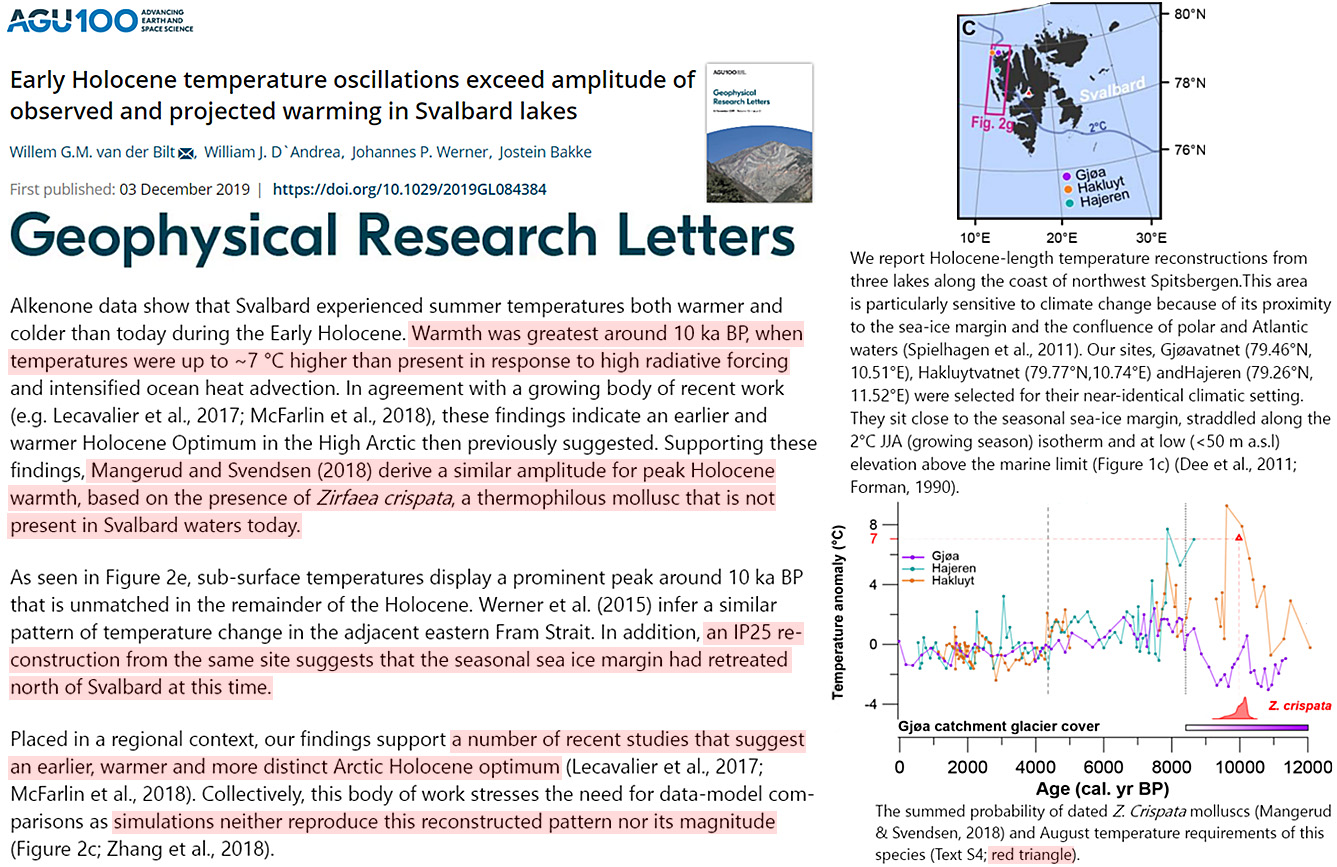 This paper is yet another in a “growing body of recent work” that uses the prevalence of warmth-demanding (thermophilious) species present in Arctic locations to reconstruct regional temperatures based on a requisite warmth limit for the species’ survival.

Earlier this year Leopold et al., 2019 assessed temperatures were 5-8°C warmer than today in Arctic Svalbard 8 to 10 thousand years ago due to the presence of Mytilus spp, a warmth-loving mussel. 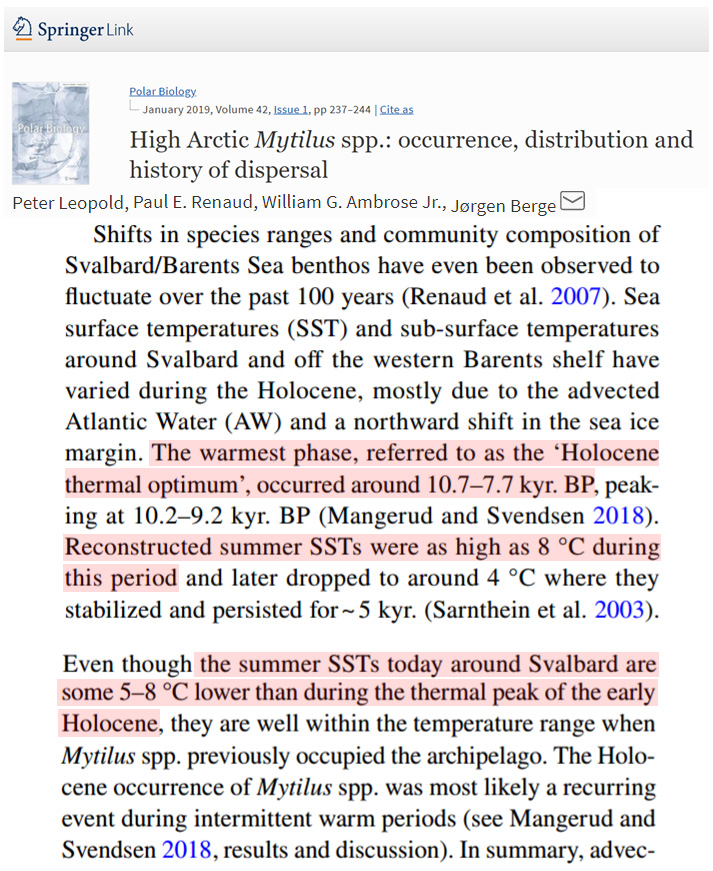