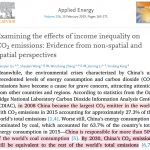 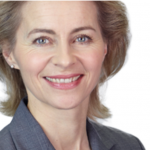 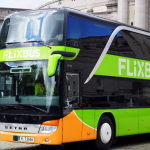 Share this… Facebook TwitterFew places virtue signal green as much as Germany. So not surprisingly a number of cities led by socialist/green governments have attempted to implement electric public transportation buses, declaring they are the future of clean mobility. Electric powered buses still struggling to be successful. Image: Flixbus But Tichy’s Einblick just recently reported […]

Share this… Facebook TwitterFour reconstructions from the central and western High Arctic reveal July temperatures were about 1-2°C warmer than today during most of the 1st millennium and Medieval period (Tamo and Gajewski, 2019). A few years ago, a chironomid reconstruction of Boothia Peninsula in the Canadian Arctic (Fortin and Gajewski, 2016) revealed not only […] 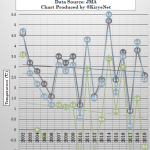 Share this… Facebook TwitterBy Kirye and P. Gosselin Of course all we hear from the media nowadays is that weather extremes have been getting worse (over the past decades) and the planet is warming rapidly. But when we look at the untampered data, we see that many places have been cooling. Today I present to […]

Share this… Facebook TwitterAt his rally in Hershey, Pennsylvania, President Donald Trump was at the top of his game, doing what he does best: trolling his floundering opponents. The US president is ripping his Democrat rivals like a lion mauling hyenas. At his Hershey speech, 31:00 mark video below, Trump brings up the climate and […]

Share this… Facebook TwitterGrand media deception So typical of climate science. Everything in and around it gets wildly exaggerated in order to feed media consumption and deceive the public. Reports are emerging that the “500,000 people” crowd awaiting Greta in Madrid was in fact as low as 15,000, according to Spanish federal police. That would make […]

Share this… Facebook Twitter Within the last few years, over 50 papers have been added to our compilation of scientific studies that find the climate’s sensitivity to doubled CO2 (280 ppm to 560 ppm) ranges from <0 to 1°C. When no quantification is provided, words like “negligible” are used to describe CO2’s effect on the […]

Share this… Facebook Twitter Victoria Falls ignoring IPCC science: Sometimes more water, sometimes less By Die kalte Sonne (German text translated by P. Gosselin) German Spiegel Online on 7 December 2019: Victoria Falls in Zimbabwe and Zambia: “It’s the longest dry period that we have ever had.” The Victoria Falls are considered to be the […] 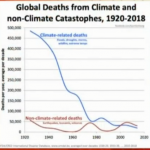 Share this… Facebook Twitter It’s certainly no misperception that global warming alarmists have become far more shrill over the past months with ever wilder, more sensational claims about how the climate is getting more dangerous. Making up facts For example, in his COP25 opening speech, many of the claims made by UN Secretary General Antonio […] 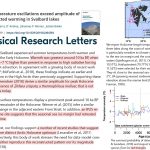 Share this… Facebook Twitter Scientists find three Arctic (Svalbard) lakes were all ~7°C warmer than they are now about 10,000 years ago – when CO2 concentrations were only 260 ppm. According to a just-published Geophysical Research Letters paper (van der Bilt et al., 2019), not only were surface temperatures 7°C warmer than today in High […]