Share this…FacebookTwitterSurprisingly accurate nautical maps created the 17th to 19th centuries strongly suggest coastal land area in both hemispheres were quite similar to today’s. There is even evidence relative sea levels were higher than now back then. Image Source: Etsy.com Globally, coasts have grown since the 1980s Between 1985 and 2015, satellite observations indicate the […]

Share this…FacebookTwitterClaims of an escalating climate crisis are getting ever shriller in Europe and calls  for “real and radical action” are becoming increasingly urgent. Leaders are now labelling their own citizens “ecological vandals”, and openly demanding they be brought under tight control by a China-modelled system. The building blocks for a tyranny are in place.  […] 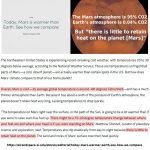 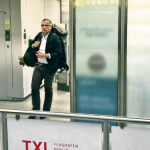 EU Parliamentarian Celebrates Passing Climate Emergency, But Then Hops On Jet To Frankfurt, And Berlin!

Share this…FacebookTwitterEurope’s hypocrite of the week After celebrating at Twitter the passage of the symbolic climate emergency in the EU Parliament in Strasbourg on Thursday, parliamentarian Sven Giegold of the Green Party hops on a jet to Berlin! We’ve all heard about the EU declaring a global climate emergency. Man has to profoundly alter its […]

Posted in Activism, Climate Politics, Lifestyles of the Rich and Alarmist, Misc. | 15 Responses

Share this…FacebookTwitterPIK under fire: Concept of a climate-caused mass migration not tenable By Kalte Sonne (German text translated/edited by P Gosselin) We keep hearing again and again how climate change is one of the main causes of migration. But when you ask those affected whether the climate in their home country was the cause of […] 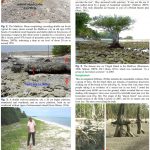 Share this…FacebookTwitterAn “unusual greening of the planet,” reports German science magazine Wissenschaft. “A paradox.” Hat-tip: Die kalte Sonne Dem seltsamen Ergrünen der Welt auf der Spur Has been greening for 3 decades While it is widely reported how the world’s rainforests are being chopped down, Wissenschaft reports, “Vegetation on earth has been expanding for decades, […] 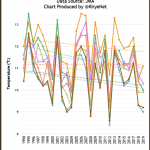 Share this…FacebookTwitterBy Kirye and Pierre Gosselin Global warming alarmists like to tell us the planet is warming faster and faster. Yet, when we look objectively at the untampered data, we see this is not the case at all at many locations.  Today we look at the (untampered) data from the Japan Meteorology Agency (JMA) for […]

Share this…FacebookTwitterThis past weekend in Munich, the European Institute for Climate and Energy (EIKE) held its 13th annual climate and energy conference. According to EIKE, over 200 attended, making it the most successful so far. But as reported earlier, the EIKE conference organizers were forced to scramble at the last minute to find another location to […]