We’ve been hearing much fake news about the Australian bush fires supposedly having been caused by man-made climate change. Yet it has emerged that Australian authorities were warned years ago that poor land management practices were in fact escalating the risk of devastating fires, according to an expert.

In 2015, bush fire scientist David Packham warned of a “huge blaze threat” and urged an “increase in fuel reduction burns”.

“Forest fuel levels had climbed to their most dangerous level in thousands of years,” wrote Darren Gray here in 2015. Today the public is being misled by climate alarmists and the media on the real causes of the devastating bush fires now taking place.

In fact NASA data shows that the area burned by global wildfires dropped by 25% since 2003, according to the Global Warming Policy Forum (GWPF) 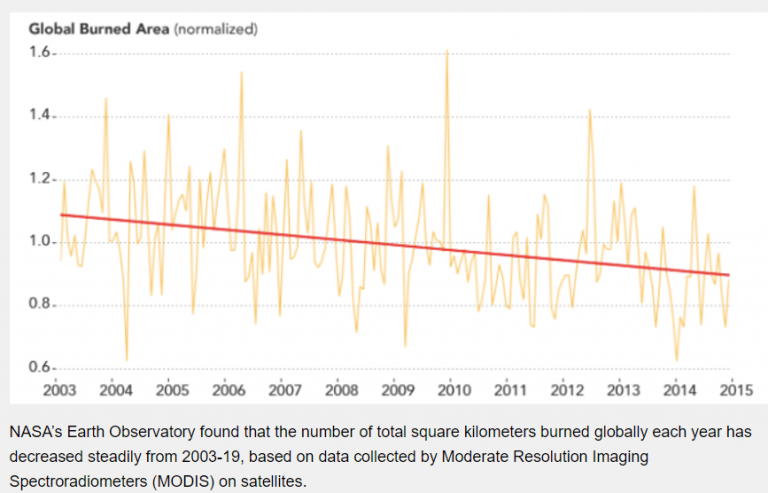 Unfortunately, deception is not only taking place in the communication of Australian bush fires, but also authorities (NASA GISS) are grossly misleading the public in terms of temperature trends in Australia.

What follows are the curves of six Australian station that go back to the late 19th century. The comparator shows the plots of GISS “unadjusted data compared to the “homogenized” data:

Before the homogenization, the unadjusted data from 4 of the 6 stations showed cooling.

But after NASA changed the data, the cooling disappeared and all 6 stations showed warming!

Looking at the three stations Yamba. Moruya and Darwin, here we see that NASA dropped the early part of the temperature record (because they showed warm temperatures?). The result of course is a greater warming trend.

Look at NASA GISS data plots for Darwin Airport for example. See the huge differences between the versions: 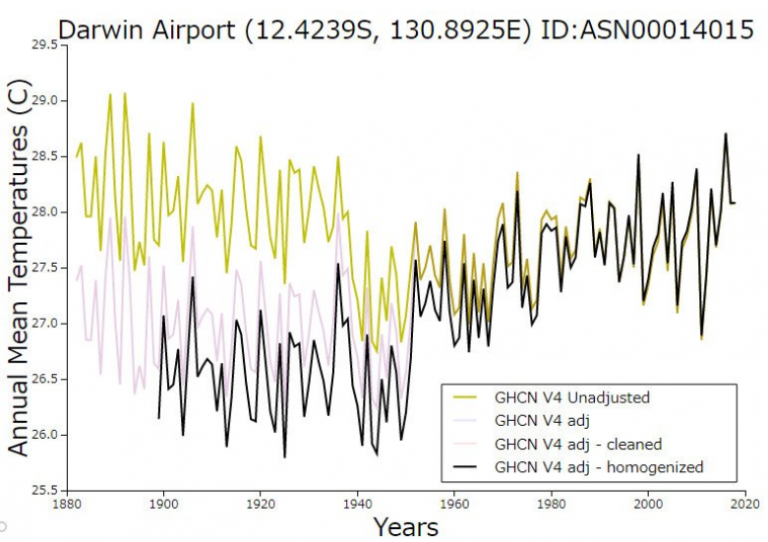 So whenever people claim warming is man-made, they are right. But it’s not so much because of the CO2 emitted by man, but rather it is because of the statistical fudging of data at NASA GISS.