I feel obligated to upgrade a reader comment by Jim Lakely, Communications Director, The Heartland Institute, to a post. He says I was “being very unfair” yesterday.

My main gripe is that these two very dishonest Correctiv “journalists” should have never been allowed to get as far as they did. Now we independent skeptics here in Germany have to deal with being smeared nationally again.

In Germany, the skeptics are outnumbered by like 20 to 1; it’s not a 50-50 deal like in USA. German MSM journalists like those at ZDF are very nasty, unfair and dishonest to legitimate climate science critics. 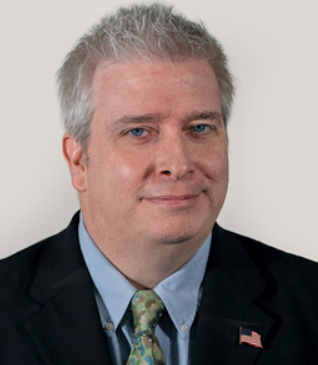 I have other comments, but will hold them for another time.

Pierre,
You are being VERY unfair to James Taylor and Heartland, and Naomi Seibt — who is not “distraught,” but angry (as is Heartland) at how this has been able “to weave a highly distorted, one-sided, yet believable hit piece.” You had it right on “distorted,” and not so right with the rest.

First: James is surely flattered by your battlefield promotion, but he is not the president of The Heartland Institute. He is the Director of Heartland’s Arthur B. Robinson Center on Climate and Environmental Policy.

Second: They “worked” James spottily over several days in two cities over two weeks before he sat down for a brief talk. That’s a lot of squeeze for no juice. Their big “get” was a big nothing. They tried to bait James into agreeing for a “pay to play” arrangement, and the reporters say … “he didn’t say no.” Really? After two weeks of work, they finally get around to asking their “money question” and that’s it?

There’s a reason James didn’t say “yes”: Because “pay to play” is not what Heartland does, unlike many think tanks on the left. You’re seriously faulting James for steering a (fake) potential donor away from that “gotcha” dishonorable idea into discussing honorable like-minded work with a donor? By that standard, no one in the climate realist movement would ever be able to raise any funds to support our work.

Ask yourself: If these “journalists” had a genuine “smoking gun,” wouldn’t they have presented that instead of that lame “gotcha”?

Third: To compare this lame, days-long caper to the work of Project Veritas is a massive insult to the latter’s fantastic work.

I hope, Pierre, that you will consider giving Heartland some space on your site to more fully rebut for your readers your unfair and uncharitable take on this. Considering all Heartland has done to promote climate realism over many years, I hope you don’t consider that an unreasonable request.

3 responses to “NTZ “Being Very Unfair”, Says Heartland Institute. “‘Pay To Play’ Not What Heartland Does””