Northern Europe and the Arctic show signs of winter cooling over the past decades. Could the global warming theory be in for an upset?

Looking at January data over the northern Europe, we see no real warming trend for the month, according to data from the Japan Meteorological Agency (JMA).

When plotting mean January temperatures for Norway for stations where data are available since 1988, we see that 7 of 11 stations show a cooling trend since 1988, despite rising CO2: 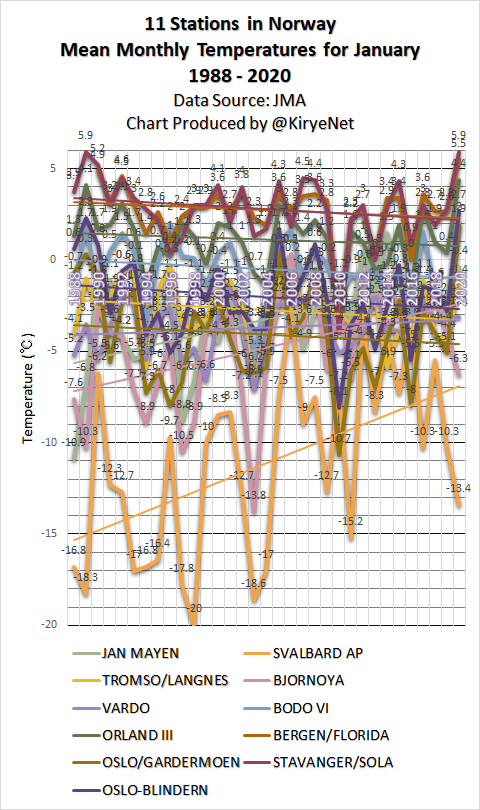 The story is the same in Finland, a country that stretches into the Arctic: 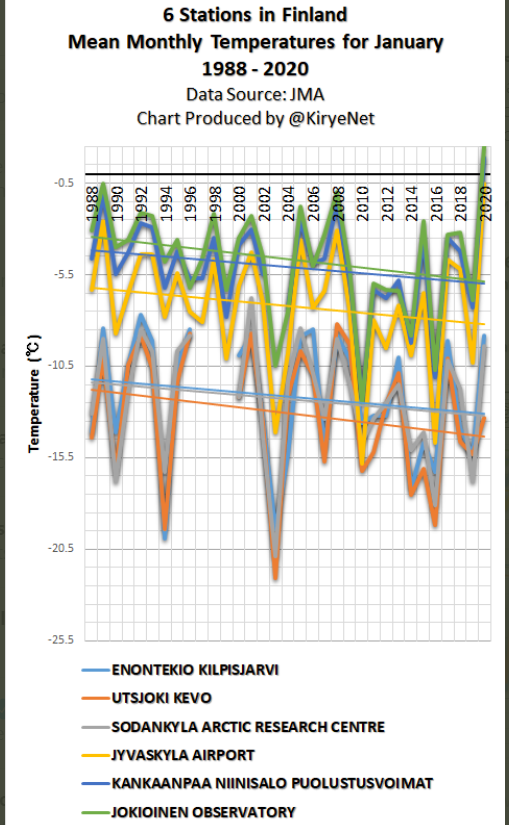 All stations with data going back to 1988 show a cooling trend in Finland for the month of January. Data: JMA

In Ireland, situated in the North Atlantic, we also see signs of cooling mid winters. warming has been AWOL for some time now:

In Ireland 4 of 6 stations with data going back to 1988 show a cooling trend for the month of January. Data: JMA

Next we move to the Arctic. This year’s winter is seeing an impressive rebound in sea ice, tweets meteorologist Chris Martz, reaching the 3rd highest level in 15 years:

Arctic sea ice extent is currently 3rd highest in the last 15 years, the only years higher are 2008 and 2009. It just surpassed 2013 and is about to pass 2004 within the next day or two. It isn't too far behind 2009 either. This isn't good news for the narrative, I will say that. pic.twitter.com/RyCRMnI8tK

Obviously the situation in the Arctic is nowhere as dire as alarmists like to deceive others into thinking. According to meteorologist Justin Berk here, “Arctic Sea Ice has made a dramatic recovery and expansion this winter.” 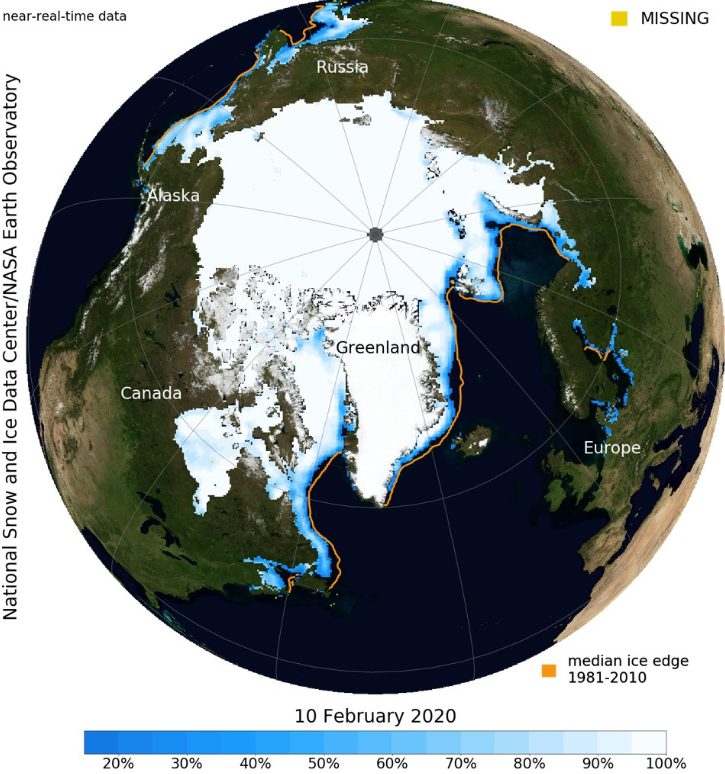