In her latest panic attack, teenage Swedish climate activist Greta Thunberg – citing the Guardian –  once again appeared to be proclaiming the end of the world was a step closer when she tweeted Antarctica has set a new record high temperature:

According to the Guardian, “The 20.75C logged by Brazilian scientists at Seymour Island on 9 February was almost a full degree higher than the previous record of 19.8C, taken on Signy Island in January 1982.” 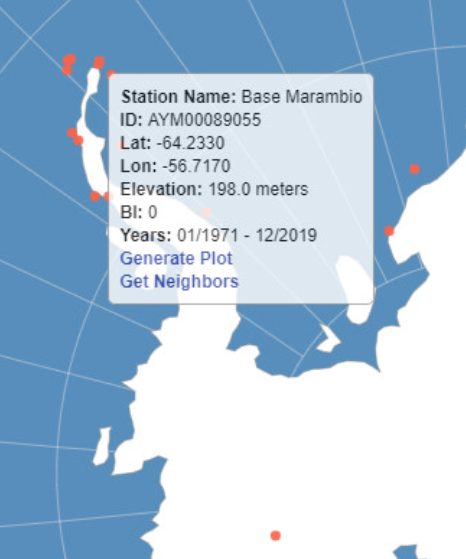 That reading, the Guardian reports, follows the February 6 record of 18.3C recorded at the Argentinian research station, Esperanza measured.

As is the case with most alarmists, every warm single datapoint anomaly gets uncritically accepted with open arms as solid evidence of man-made global warming while cold trends get dismissed or downgraded as “natural variability”.

Seymour Island has been cooling for over a quarter century

Looking at official data from NASA, it turns out that warming isn’t true. And because climate is always changing, the temperature in the region in question has also not remained completely steady. The only possibility left? COOLING.

Seymour Island, also known as Marambio Island is an island in the chain of 16 major islands around the tip of the Graham Land on the Antarctic Peninsula. What follows is a plot of the mean annual temperature measured at Seymour Island – based on NASA data – going back to the time all the global warming predictions began in earnest: 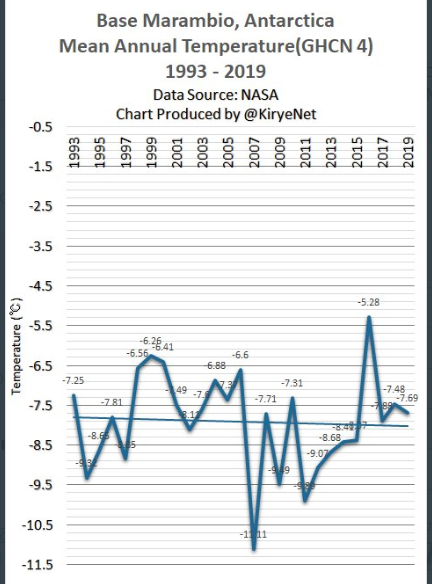 Contrary to that implied by The Guardian and Greta, the island has in fact cooled a bit during the period, despite the warm spike of 2016.

Next we look at the Antarctic Peninsula, which global warming alarmists also like to have us believe is teetering on the brink of meltdown. Not long ago Japanese climate blogger Kirye posted a chart showing the mean annual temperatures of 13 stations located there – going back two decades.

For alarmists, the results turn out to be terribly inconvenient. The following map shows the location of the stations: 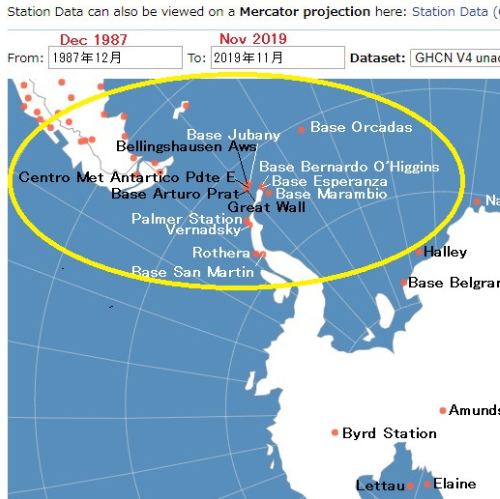 The following chart shows the plots of the mean annual temperature of the 13 stations, using NASA Version 4 unadjusted data: 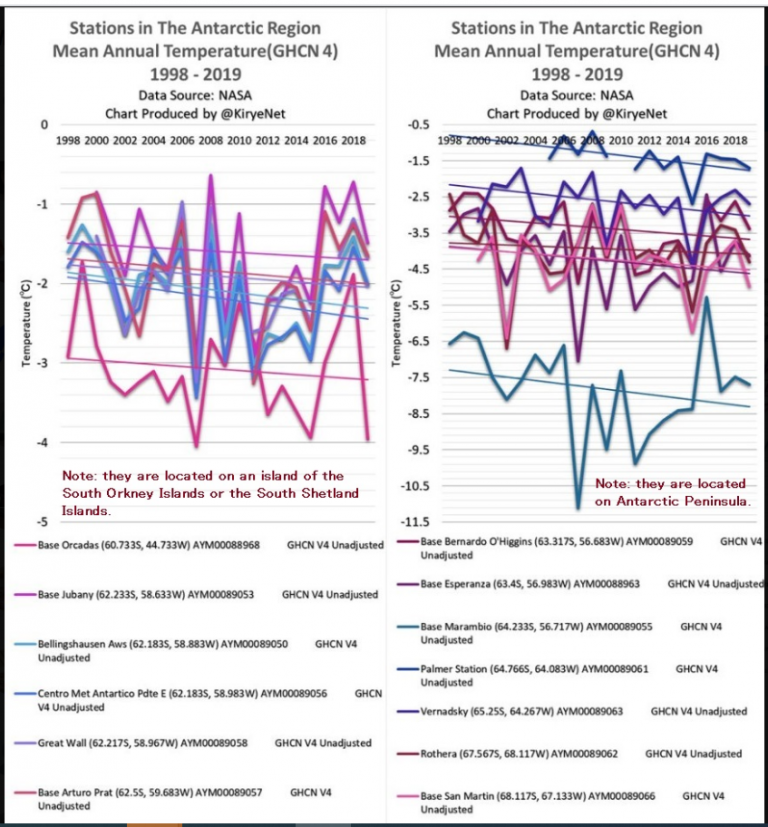 13 of 13 Antarctic Peninsula and nearby island stations show cooling over the past 21 years. There hasn’t been any warming there so far this century. Data source: NASA GISS, Version 4 unadjusted.

Buried near the end of the Guardian article is mention of the real reason behind Antarctic temperature trends:

Scientists on the Brazilian Antarctic programme say this appears to be influenced by shifts in ocean currents and El Niño events: “We have climatic changes in the atmosphere, which is closely related to changes in permafrost and the ocean. The whole thing is very interrelated.”

Indeed it is. Very likely in ways the climate alarmists prefer not to mention.