Polar ice showing longer term stability. No basis for behind claims of a rapid melt.

We keep hearing how the ice at the poles is supposedly disappearing rapidly, yet a look at the latest data show this is not the case. Polar ice has remained steady for the last decades.

Antarctic ice has in fact trended upwards since satellite measurement began 40 years ago. 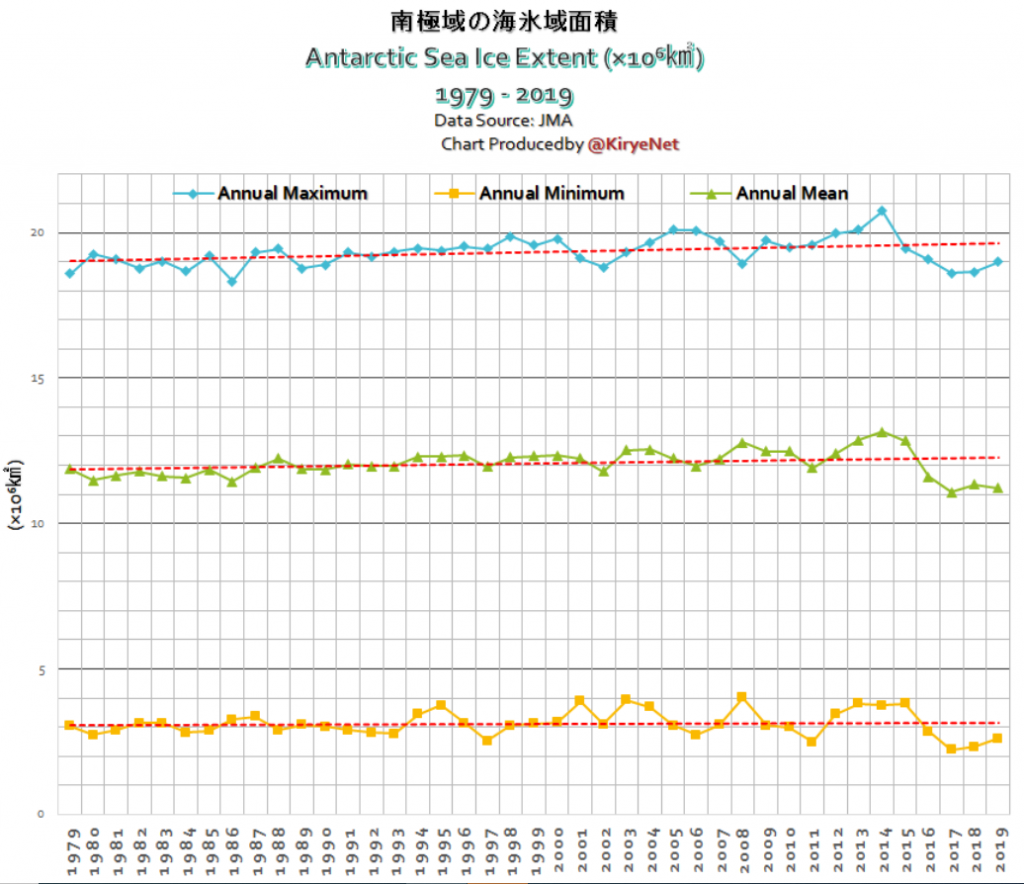 A brand new article here describes how “Antarctica is not rapidly melting.”

Die kalte Sonne site writes that something unexpected has happened in the Atlantic Ocean around Svalbard: The extent of sea ice there is far greater than the long-term average, as the following graph from the Norwegian Meteorological Institute shows:

What’s going on in the North Atlantic? How does all this ice fit with the earlier warnings that the sea ice is getting less and less?

German meteorologist Klaus Paetzold shows on his website many more interesting observations of ice and snow in the northern hemisphere.

Though climate alarmists often claim Canada is warming twice as fast as the globe, the real, untampered data show that 5 of 9 stations in Canada – for which the JMA has near complete data – have had no warming trend in the month of March since 1986.

Additionally, only one station shows a warming trend since 1998. Spring seems to be taking more time to arrive in Canada.

Summarizing: nothing dramatic is really happening at the earth’s poles.