Emerging dissidence: 22-year-old student Clemens Traub used to be a regular Fridays For Future demonstrator, until he woke up and realized the whole thing was run by what he now calls “big-city arrogance” and “socially privileged eco-hipsters”.

The political science student, member of the German SPD socialist party, in fact says the movement is so radical and divisive that it even risks a “civil war”. 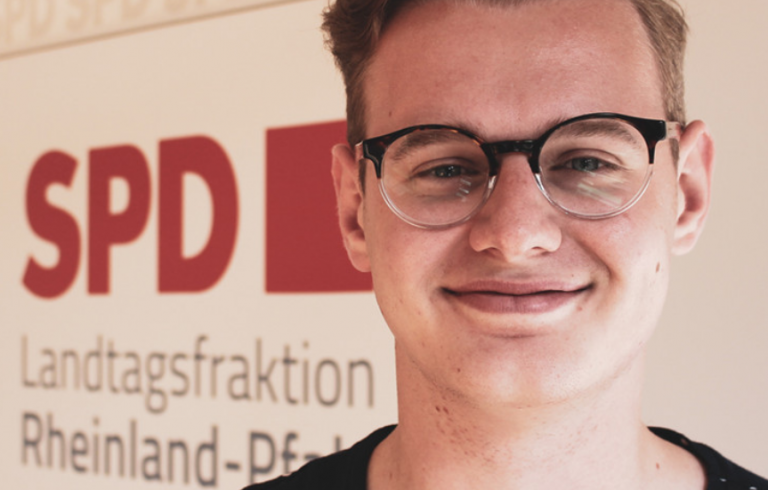 Traub has just written a book bearing the title in English:  “Future for Fridays?: an essay by a young ‘Fridays for Future’ critic“. 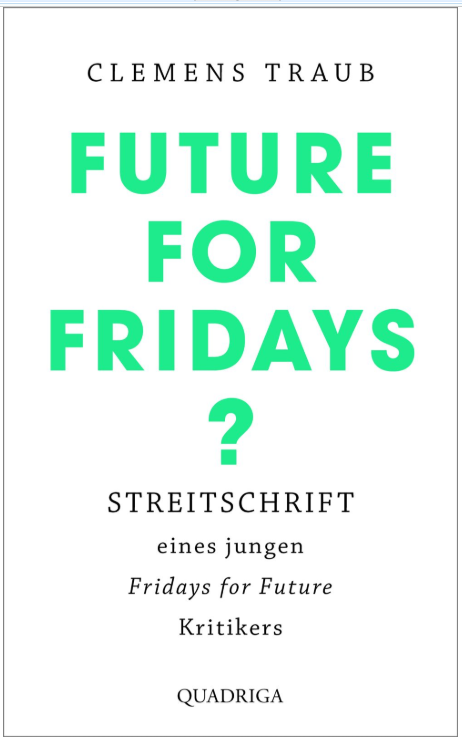 New book by German student, former demonstrator, accuses the Fridays for Future movement of being too radical,  apocalyptic and divisive. Image: Amazon.

Deviating from the sheer alarmism that is typical of his fellow socialist and green comrades, in his book Traub writes he has become worried that the movement will “divide society” instead of rescuing the climate. He went from being a regular FFF activist to an open critic of the movement.

Though Traub believes the climate is a serious problem that demands immediate attention, he feels that the radical FFF movement will make matters far worse instead of better. He accuses the movement of ignoring the concerns of the larger German working class.

Traub starts by accusing the Fridays for Future movement of being elitist, one marked by “big-city arrogance” and exploited by narcissistic individuals – such as “Longhaul” Luisa Neubauer – as “career springboard”.

Fridays for Future, Traub writes, does not represent the average worker: “Instead of listening to the concerns of hard-working people, they are reproached for their anti-environmental diesel car, which they need for their daily commute to work.”

FFF is “no place for humanity”

Not only is the movement elitist and out-of-touch, Traub also claims that the FFF movement is “too radical”, writing: “In view of their fanatical climatic zeal, it is clear that there is no place for humanity and compassion in their thinking.”

Such “climate fanaticism” is met with rejection by the majority of the population, says Traub. The movement, he claims, rejects the very system that made the “privileged eco-hipsters”: capitalism.

Traub also accuses the Fridays for Future of misusing “hysterical images of the end of the world” instead of engaging in an “innovative discussion of the future”.

“We need a down-to-earth and lifelike climate movement,” Traub told Business Insider. “The movement thinks far too apocalyptically for me. I miss the innovative and future-oriented discussion on the topic.”

What the movement needs, he writes, are more middle-class activists “who see a car not just as a climate monster, but as an important part of life for many people.”

Unless the movement tones the radicalism and hysteria down, Traub thinks the movement in Germany could unleash a “revolt by the unheard and low-income earners”, similar to the yellow vests in France.

In this regard, the COVID-19 protests against government social and economic restrictions seen across Germany can be considered a preview.

Traub may be among the first of a new generation who are beginning to realize that “going green” is the saw that is cutting the lofty branch on which they are sitting.