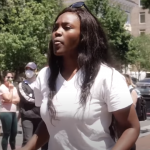 Share this… Facebook TwitterHypocrisy, selective anger by domestic and foreign inciters who cast stones at US. Black lives matter only rarely to those claiming they matter. “Not oppressed!” Outspoken US black woman, immigrant, tells protesters and rioters to go home, get a job. Image: Breitbart It’s not surprising the biggest sinners are usually those first […] 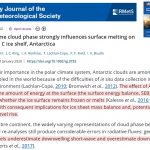 Share this… Facebook TwitterIn a controversial interview, German doctor Wolfgang Wodarg – now Germany’s science public enemy No. 1 – called the response to the COVID-19 virus by governments and health authorities “a crime against humanity” and that they be put on the dock for “negligent homicide”. Using panic to extort the public… lobbyists for […]

Share this… Facebook TwitterCORRECTION: The ARD has not changed its color scheme. The chart for 2009 shows the 3-day forecast, which according to ARD in fact has not changed.  The 2019 is the forecast chart for the day, and this 1-day chart uses a different color code for temperature. It too has not changed since […]