UPDATE: Here’s an even earlier version of the NASA GISS data plot of Hokitika station before all the data altering began (hat-tip Iggie). It shows temperatures had been COOLING: 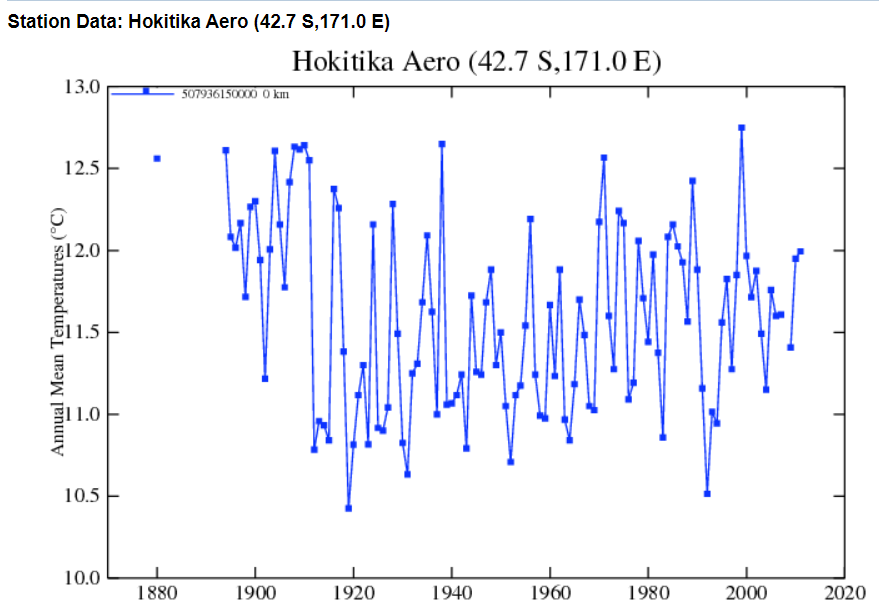 We continue to hear warming horror stories coming from the island of New Zealand, and the socialist by sales pitch how “climate change is the biggest challenge of our time“.

Yet this doesn’t seem to be the case in New Zealand. For example, we learned from Electroverse here that the Pacific island country “just recorded its coldest June temperature in 5 years”.

Moreover, when we examine NASA GISS data, we uncover where all the warming rumors come from: alterations to the recorded historical data.

The following chart shows the data from Hokitika Aerodome, going back more 130 years (It’s the only NASA station that has data going back over 100 years). Plotted are the unadjusted Version 3 data and the Version 4 unadjusted: 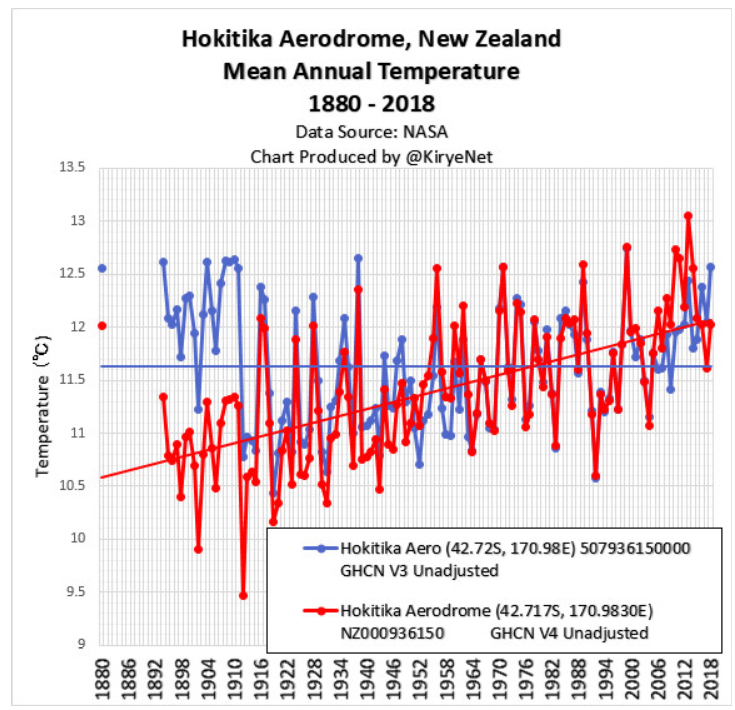 The old data set showed no warming, until NASA GISS went back and rewrote it Orwellian style, and made up a warming trend and called it Version 4.

In summary: There really hasn’t been that much change at many locations around the globe. In fact the real changes are taking place in the NASA GISS datasets.

15 responses to “New Zealand Station Showed No Warming In 130 Years, Before Alterations To Show Warming”