Li and Born (2019) document 8-16°C climate warmings (Dansgaard-Oeschger events) in Greenland that extended to both hemispheres between about 80 and 20 thousand years ago. (Though global in scope, temperature changes were less pronounced outside Greenland.)

These abrupt warmings occurred within decades (or less). It has been suggested the warm-ups may have required no external forcing, as they’re considered an “unforced oscillation”. 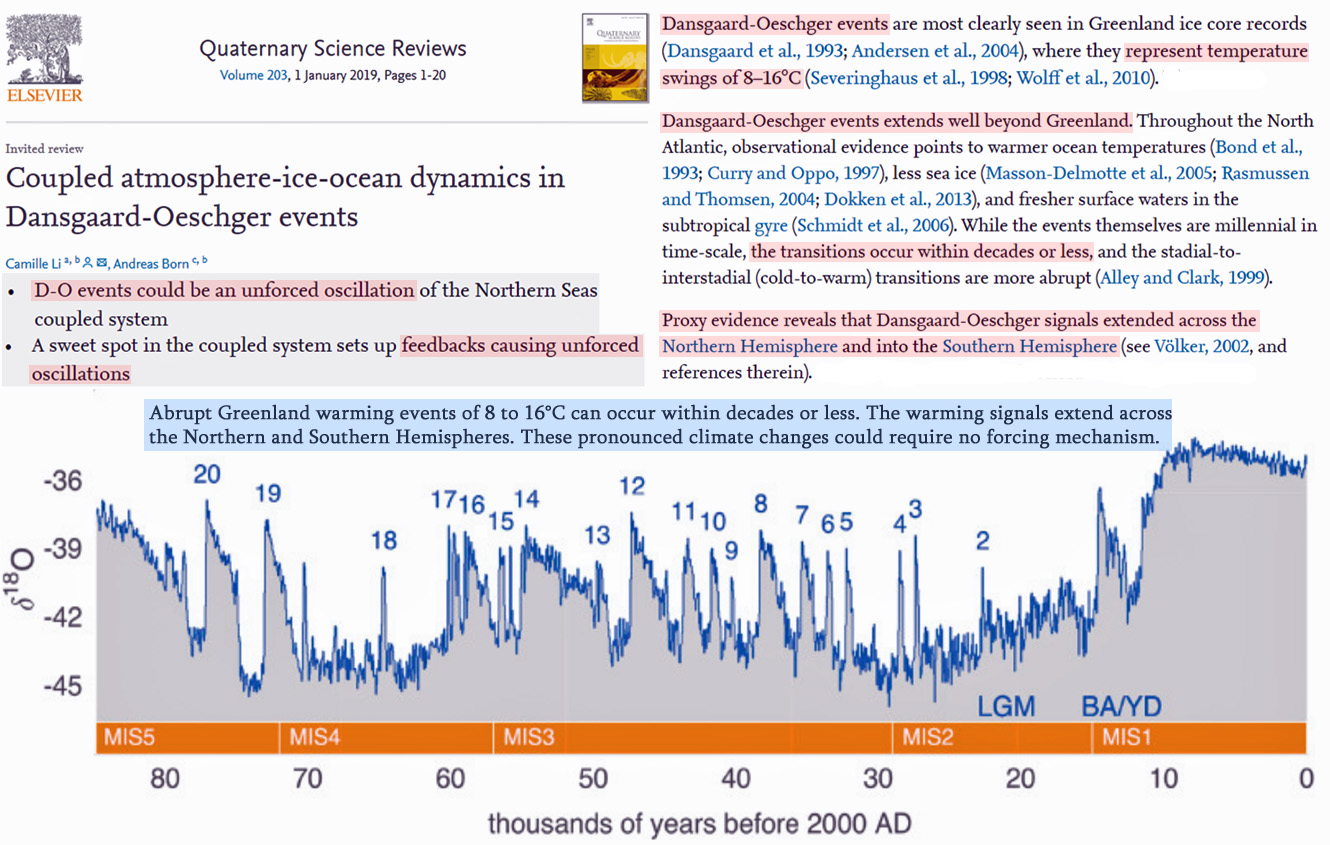 Despite the millennial-scale duration of this lag relative to the decadal-scale temperature changes, there are many who believe CO2 changes are a driver of warming.

“However, the CO2 decrease did not always start at exactly the same time as the onset of the DO warming, and the lag itself varied. For example, during Marine Isotope Stage (MIS) 3, atmospheric CO2 maxima lagged behind abrupt temperature change in Greenland by 870±90 yrs. During MIS 5, the lag of atmospheric CO2 maxima with respect to abrupt temperature warming in the NH was only about 250±190 yrs (Bereiter et al., 2012). … During MIS 6d which corresponds to CDM 6d.1 and 6d.2, CO2 concentrations show a much slower increase over a duration of ~3.3 kyr. Here, CO2 lags behind the onset of the NH abrupt warming by 1,500±280 yrs and 1,300±450 yrs, respectively (1,400± 375 yrs on average).” 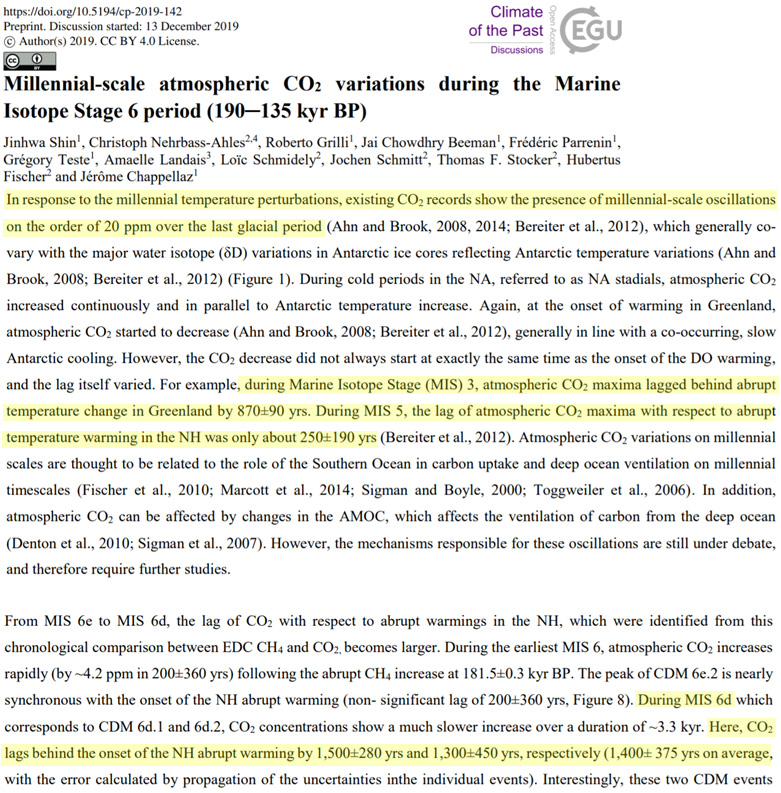