The southwestern US was nearly a desert from about 9000 to 5000 years ago, when Holocene peaks in aridity, surface temperature, and wildfire rates occurred. Arctic sea ice was at its lowest extent of the Holocene during these years. 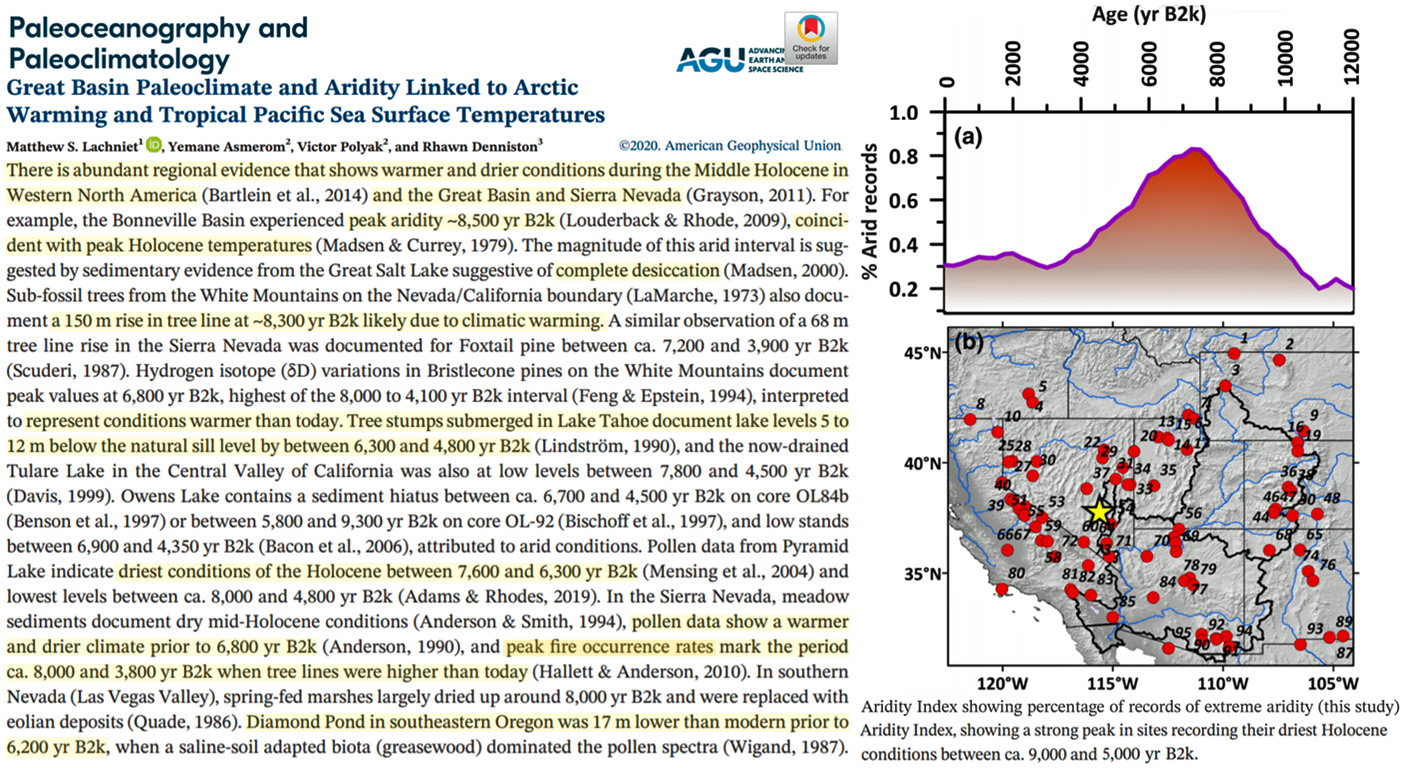 A new extensively-referenced study (Lachniet et al., 2020) reviewing many dozens of climate records from across western North America has determined there is nothing unprecedented or even unusual about the modern climate for this region.

CO2 checked in at about 265 ppm during the Early and Middle Holocene, but today’s associated >400 ppm CO2 climate is much cooler and wetter, and there is much more Arctic sea ice present today.

During the Early to Middle Holocene (approximately  9 to 5 thousand years ago) this region could be characterized like this:

·2°C warmer, the warmest of the Holocene

·“complete desiccation” or desert-like conditions in some areas

·“a warmer Arctic, reduced sea ice extent” – the lowest extent of the Holocene 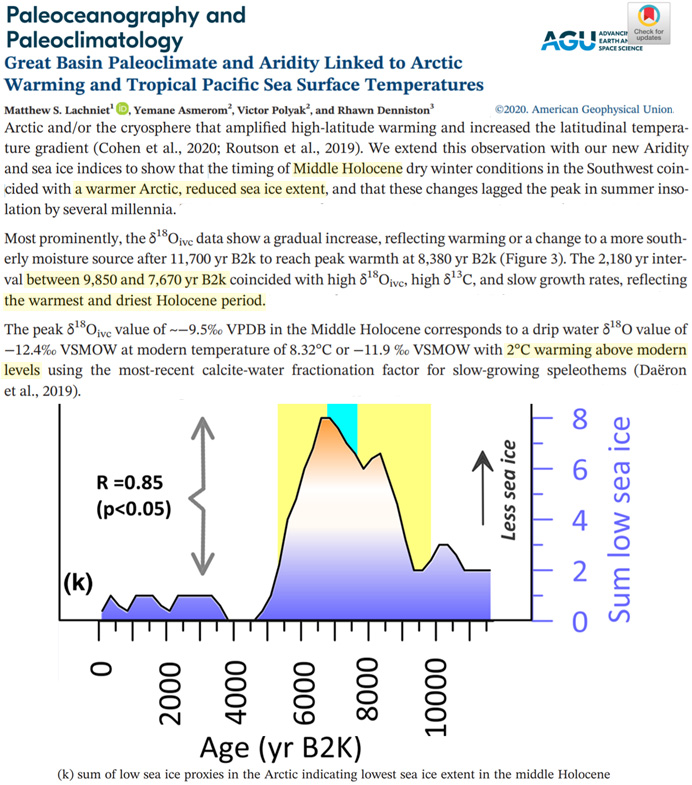 5 responses to “New Study: Western North America Was Much Warmer And Drier With Peak Wildfire Rates When CO2 Was 265ppm”