Share this… Facebook TwitterIs the German model America’s future? Putting matches in charge of fighting gasoline fires? Even more interference appears to be the German government’s approach to solving the power grid mess that its earlier meddling created in the first place. Germany struggles to keep the lights on, looks for a law to prevent […] 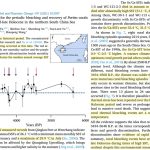 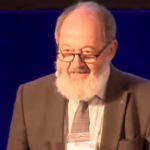 Share this… Facebook TwitterPreviously hidden under a Swiss glacier, a 10,800-year old tree trunk was discovered and tells us the Alps were much warmer in the early Holocene than today. Online SRF Swiss Broadccasting recently reported on a fascinating find in the Swiss Alps: a more than 10,000 year old tree trunk that had been […]

Share this… Facebook TwitterMore than 400 cows have died mysteriously since a wind park was built near a herd in 2012. Local residents also suffering health issues: “permanent fatigue, muscle aches, headaches, insomnia” Earlier we wrote about the adverse health impacts of wind turbines and on humans and animals, read here and here. Also search […] 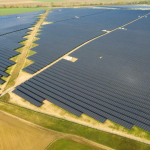 Share this… Facebook TwitterAlthough Germany sees about as many hours of sunshine as Alaska, the country is pushing for ever larger solar farms.  Germany business daily Handelsblatt here reports that power company EnBW is currently building a 500 MW solar panel park in Brandenburg, 30 km east of Berlin. It reported that it will be […]

Share this… Facebook TwitterScientists continued defying the “unprecedented” global warming narrative by publishing nearly 150 papers  in 2020 that show large regions of the Earth (a) haven’t warmed in recent decades, (b) were as-warm or warmer within the last several centuries, and/or (c) were 1-7°C warmer than today just a few millennia ago. Here is […] 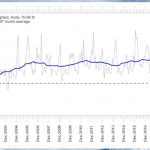 Share this… Facebook TwitterData show Arctic more stable than media doomsayers portray it to be.  In the latter part of the latest Klimaschau video, Arctic mean temperature trends above 70°N are examined: The first chart (8:38) goes back to 2000. Though the running 37-month average rose until 2006, it’s been steady ever since: Source: climate4you […] 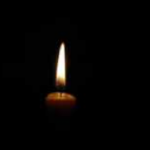 Share this… Facebook TwitterA further analysis of last Friday’s European near power blackout shows that the problem had begun already one day earlier in France, due to cold weather, says a German expert. At wind energy protest group Vernunftkraft Bayern, Jörn Künzle provides background on what was behind Europe’s near blackout last Friday, January 8, […] 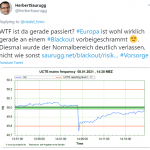 Share this… Facebook TwitterLast Friday, January 8, 2021, Europe narrowly escaped a blackout, says power grid expert A European power grid disturbance occurred at around 2 p.m. according to the Austrian Power Grid (APG). The normal frequency for Europe is 50 Hz and on Friday afternoon it dropped sharply to 49.75 Hz. “A larger supply […] 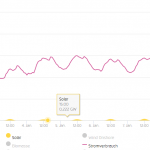 Share this… Facebook TwitterFirst, many of you surely have heard of a widespread purge of followers and account suspensions happening at Twitter, most notably that of the U.S. President, Donald Trump and Sidney Powell. NoTricksZone lost 3oo followers since January 6. Tony Heller’s account has lost 3000 in just a matter of hours. Moving to […]