9300-year old vegetation remnants found under receding glaciers in Northern Sweden show that the trees once grew where tundra exists today, meaning it was warmer.

A new Swedish publication titled New Presence Of Beaver (Castor fiber L) in the Scandes sustains warmer-than-present conditions and a patchily treed and rich mountainscape finds that trees once grew up to 700 meters above today’s current treeline in Northern Sweden (Lapland, locations 1 and 2). 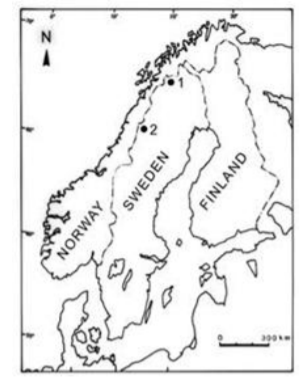 Over the past 120 years the climate has warmed, and so there’s been glacier and ice patch shrinkage. This has unveiled earlier vegetation and life.

Found were megafossils of pinus sylvestris with signs of being gnawed by beaver (Castor fiber L.) from different sites in northern Sweden which today are tundra. 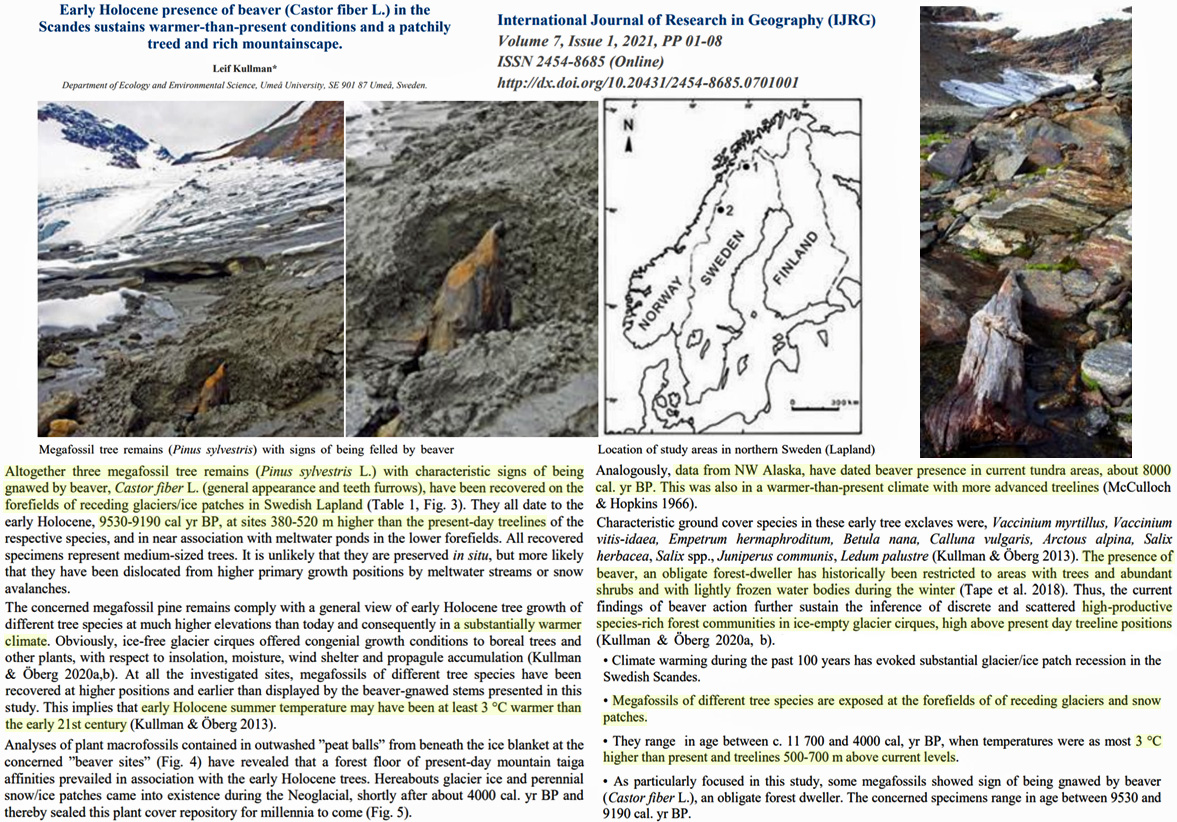 These exposed megafossil remnants represent former tree stands that were later on extirpated and entombed by snow and ice for many millennia. At -0.6°C/100 m lapse rate, it means it was then over 3°C warmer than now in this region at a time when atmospheric CO2 concentrations were well below 300 ppm. 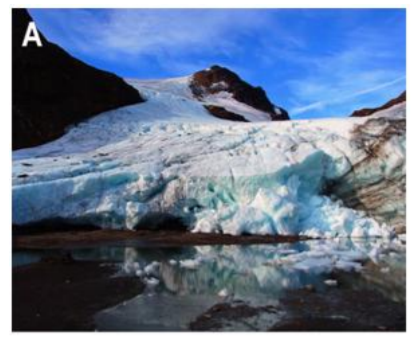 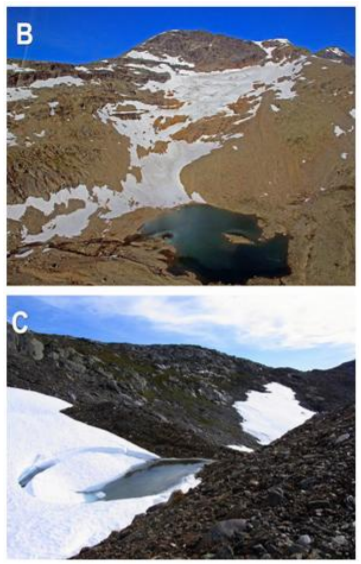 Overviews of the studied glacier habitats, including adjacent meltwater ponds. Megafossil tree remains are found at these levels and even higher upslope. A. Kårsaglaciären. Photo: 2013-09-12. B. Tärnaglaciären. Photo: 2012-08-28. C. Murtserglaciären Photo: 2012-08-28. All sites display meltwater ponds in close association with the lower forefields, recently released from the ice. Images from here.