No one disagrees that sea level is rising. But there’s plenty of disagreement on how fast it’s really rising.

According to the direct tide gauge measurements, sea level rise has been modest and the rate of rise has changed very little over the past decades.

According satellite altimetry, whose sensor measurements have to be computed, the mean sea level (MSL) rise has been rising faster, at about 3.3 mm/yr and accelerating somewhat: 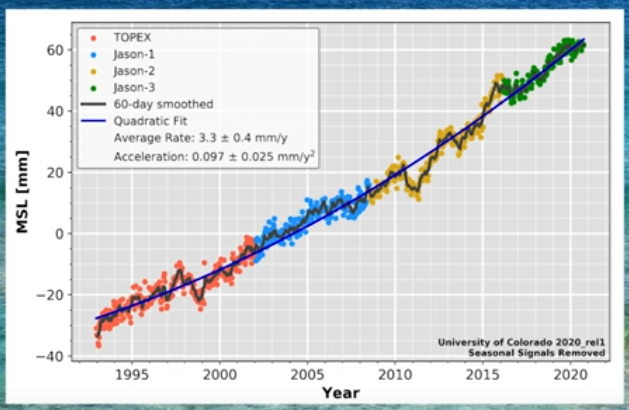 Because satellites don’t measure directly and use a complex computation to reach a result, the figure is fraught with uncertainty, says Die kalte Sonne.

In December 2020, Potsdam Climate Institute climate alarmist Prof. Stefan Rahmstorf reported in Spiegel that the rate of sea level rise has more than doubled over the past 30 years – going from 2.1 mm/year to 4.8 mm/year: 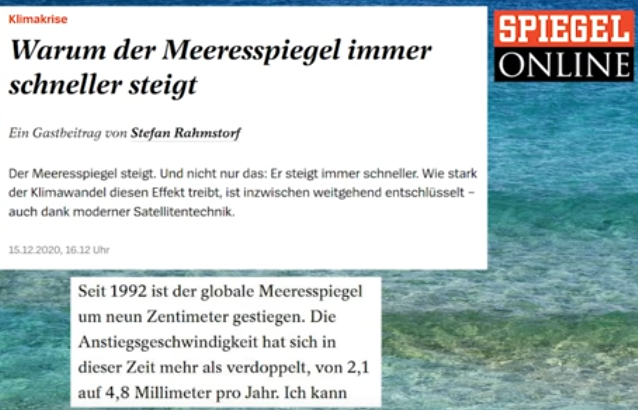 The reason for the accelerating rise, according to Rahmstorf, is manmade climate change.

Yet, in 2020, a paper by Hamlington (Jet Propulsion Laboratory) and Fredrikse and others “vehemently contradicted Rahmstorf”, reports Die kalte Sonne,

Die kalte Sonne: “When this natural component gets deducted, there is today still no recognizable unusual acceleration of global sea level.”

In 2018, Frederikse et al published a paper whose results found sea level rise in the South Atlantic Ocean was only 1.5 mm/year between 1958 and 2014.

In summary, when data are analyzed objectively, spectacular sound sea level rise rates – like those of Stefan Rahmstorf in Spiegel magazine – are outliers that cannot be taken too seriously.

Recently, Kenneth Richard published a post here at NTZ showing that in 2020 alone 40 papers were published and they tell us there’s no sea level alarm today. 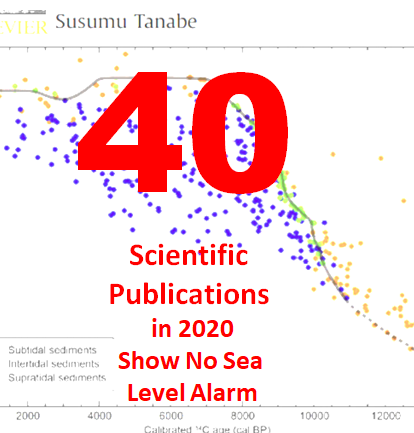 12 responses to “Sea level Rise Review. Rate Of Rise Depends On Who You Ask. Most Say: “No Alarm””