The meteorological winter, defined as December 1 to February 28, has just ended and the data for mean winter temperature are available for the Pacific island nation of Japan.

The question on everyone’s mind is: Are winters getting colder, or are they getting milder like the media like having us believe they are?

Today we begin by plotting the mean DJF winter temperature for Tokyo going back more than 35 years, using the untampered data from the Japan Meteorological Agency (JMA): 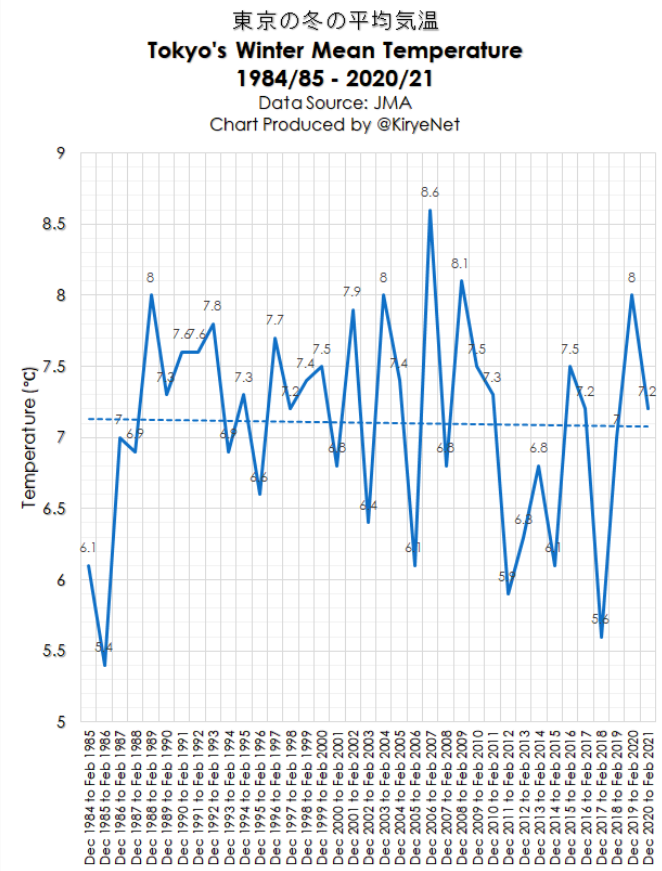 The mean winter temperature in Tokyo has not warmed at all. If we start the plot in 1988, i.e. exclude the colder 1985-87 winters,than we see that winters have gotten a bit harsher. 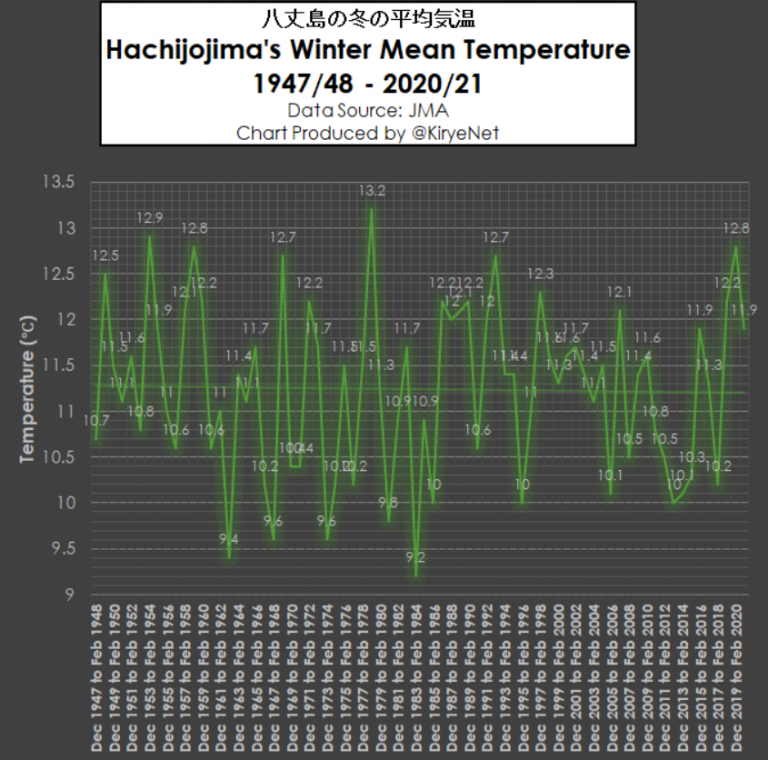 Though the past two winters have been mild, the winter trend since 1948 at Hachijō-jima has been cooling. No warming going on here.

No annual trend either

Recently we looked at the mean annual temperature at Hachijō-jima going back to 1950 and found there’s been no warming and that its climate appears to be dominated by natural and cyclic forces.

And what about the entire island country of Japan as a whole? Have winters there become colder or warmer over the recent decades? Here’s the plot of Japan mean winter temperatures going back 32 years: 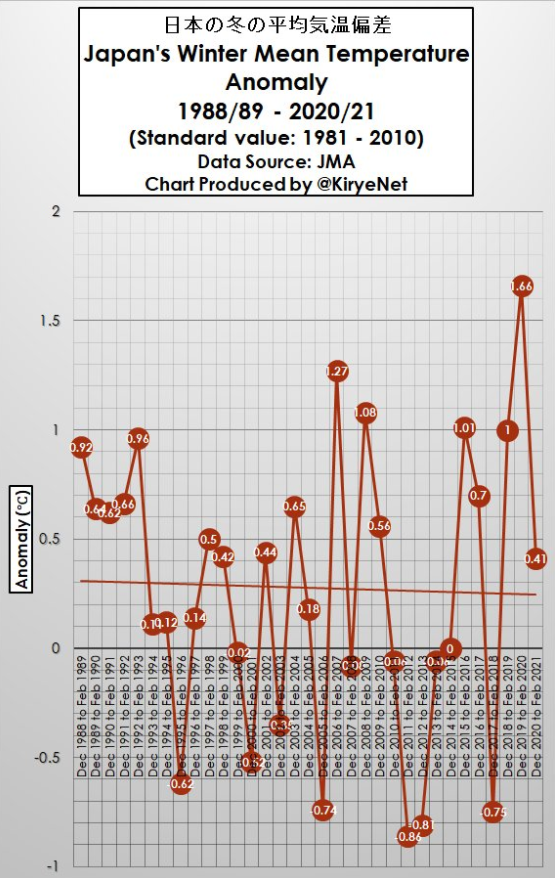 Over the past 32 years, Japan’s mean winter temperatures have cooled modestly despite the past 4 of 5 winters having been mild.

It appears that global warming left Japan decades ago.

One response to “JMA Data: Winter Global Warming Left Japan Decades Ago, No Warming In 32 Years”