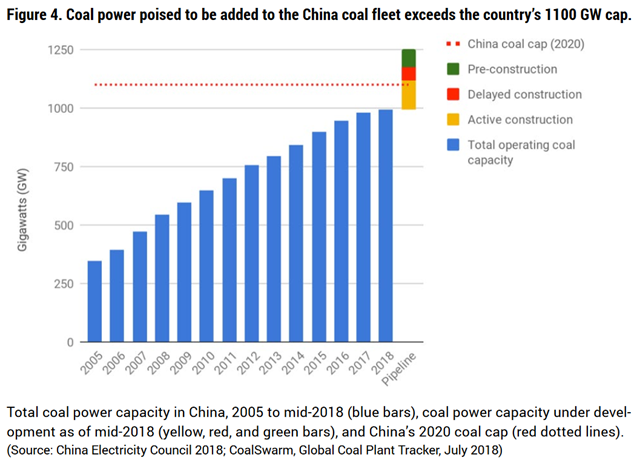 German energy expert Prof. Fritz Vahrenholt writes at Die kalte Sonne that “developing country” China is pulling the wool over the world’s eyes as it continues to rapidly expand its coal power. UN winks it through.

How relevant is our [German] coal phase-out worldwide?

China pulling the wool over the eyes of the world

In the fourteenth 5-year plan of the People’s Republic of China, which is being adopted these days, the Chinese Communist Party is pulling the wool over the eyes of the world. CO2 emissions are to be reduced by 18% in relation to gross national product (GNP) by 2025. That sounds great. But the GNP is supposed to increase by 6% next year and over the coming years years. So that would be 30% -18% = 12% additional CO2 emissions in the next 5 years alone. This increase is 1.2 billion tonnes of CO2, almost double Germany’s total emissions.

But China, the world export champion, has the status of a developing country in the Paris Agreement. So the country can do what it wants.

The message of the 5-year plan of the Chinese state and party leadership, on the other hand, leaves no doubt: Beijing wants a dominant place in the world economy. The ultimate goal is self-sufficiency. As I said: but still a developing country according to the UN.”

One power plant every week

And according to Energy Live News, “China ‘built over three times as much coal plant capacity as the rest of the world in 2020’
It commissioned almost 40GW in 2020, equivalent to building more than one large plant every week.”