We just looked at snow cover over the northern hemisphere for the first day of spring, and instead we see winter is still very much in action. The rapid global warming seems to be taking its time getting here as winter lingers on.

Today we take a look at February data from far northern Europe countries. First we look at the stations in Sweden for which the Japan Meteorological Agency (JMA) has sufficient data going back to 1988: 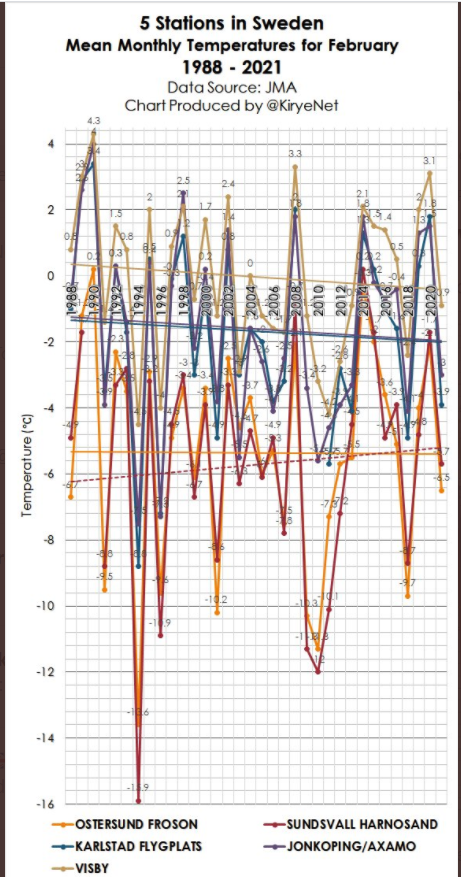 Moving east to Finland, we look at the mean February temperature from JMA data from 6 stations: In a warming world, mid winter should also be warming, right? 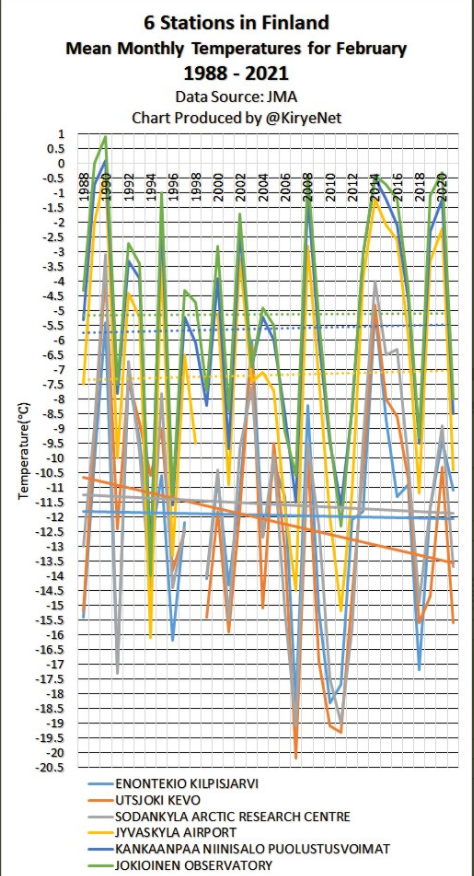 The northernmost stations in Finland have been showing modest cooling since 1988, while the warmer locations have shown slight warming. Taken altogether, there’s been no real trend change in Finland over the past 3 decades.

Nothing alarming is happening in Finland.

Next we examine the JMA February data for Norway, the Scandinavian country located next to the far north Atlantic, so possibly a good indicator of North Atlantic trends:

Norwegian trends are a mixed bag: some stations are showing robust warming, while 6 of 11 show modest cooling or no trend. Here it’s opposite of Finland: the cold stations have warmed, while the warmer ones have cooled off a bit.

Finally we look at the JMA February data for Ireland: 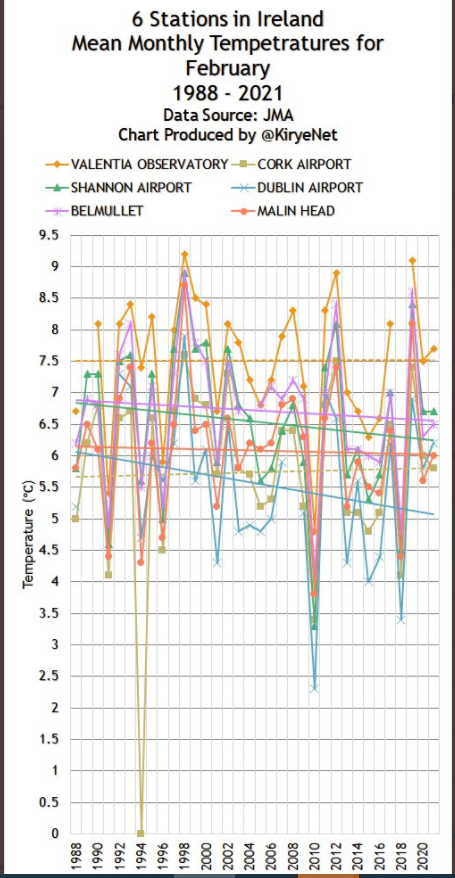 In Ireland, 2 of the 6 examined stations have shown warming since 1988, but so statistically insignificant that we can say it’s meaningless. Overall, Ireland February temperatures have cooled or remained almost steady over the past 33 years.

In summary the stations for which the JMA has sufficient data across northern Europe tell us that winters are not moderating like global warming models and media warned they would.