For the third time in about 2 weeks, our NoTrickZone Twitter account has been sent to the social media gulag – this time for seven days. An outright suspension appears to be closing in. 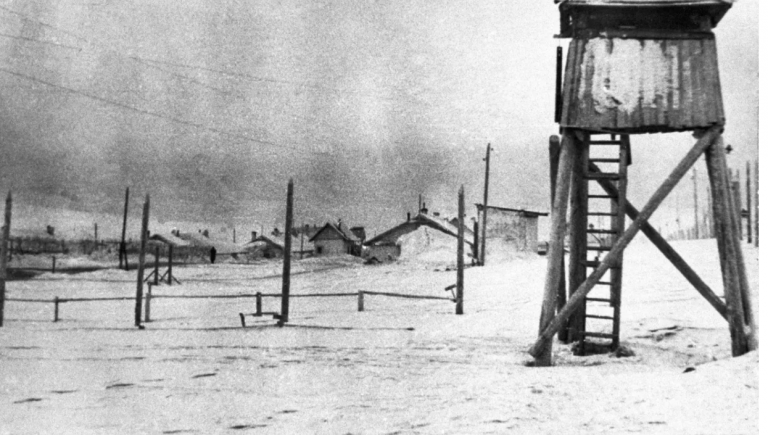 The future for dissenters is looking like the dark days of past tyrannies. Photo – 1930, public domain.

The latest claimed “violation” was: spreading “false information” about COVID 19 vaccinations. The tweet that violated Twitter rules was me retweeting a link to an interview with Dr. Peter McCollough, who warned that there are risks involved with the COVID vaccines. That’s all it takes nowadays: A little dissent, and you’re out in the cold. All you need to do is express doubts about effectiveness and safety of the new, trial skipping vaccines.

Though my account can be accessed and is fully intact, I’ve had a number “privilege’s” revoked, such as retweeting, tweeting and liking.

The second time Twitter blocked the NTZ account, just a few days earlier, I was able to successfully appeal it and all privileges were reinstated within 6 hours. This time though, the 3rd time, they refused.

The first time NTZ account was blocked, some 2 weeks ago, I called the vaccines “experimental”: 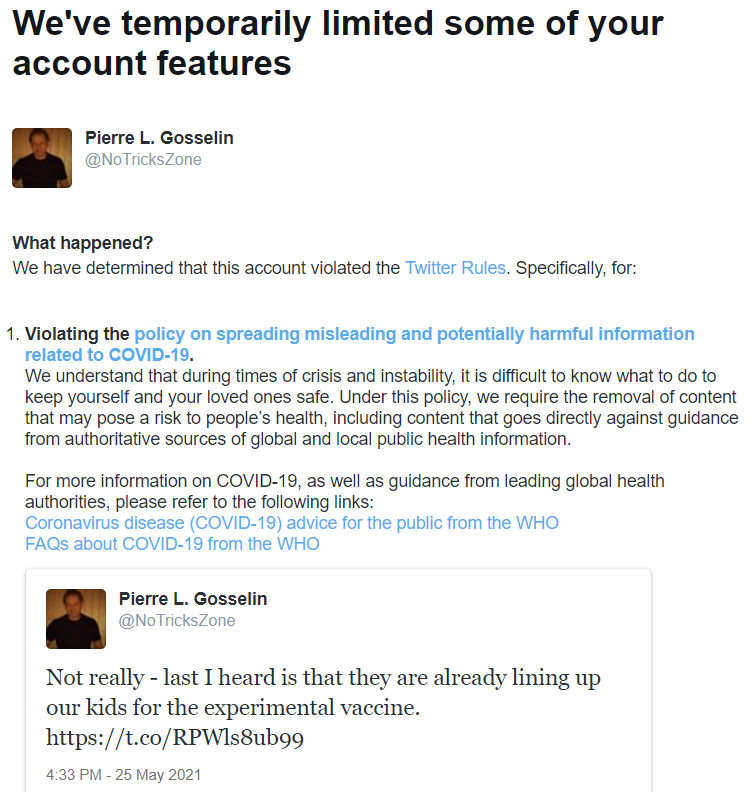 Twitter got really upset about this tweet, and sent me to the social media gulag for 12 hours.

Today it seems we are not allowed to challenge the authorities. Sound familiar? If it doesn’t, then you need to read a little history.

Is climate dissent next?

So what’s next? Are they going to move their censorship to other fields like climate change and renewable energies? It’s very well possible, and at this point I’d say likely. It won’t be allowed to challenge the climate authorities during “times of crisis and instability”.

Twitter guidelines and rules state that those who repeatedly commit “violations” risk being permanently suspended. This is probably what’s behind it all. Count every little thing has a violation and then they can claim they have grounds to suspend all the pesky dissenters.

Totalitarian shut down of free expression

What kind of society do we live in where dissent and other views are banished from the public forum? The only ones I can think of are totalitarian regimes like the former USSR, former communist German “Democratic” Republic, a.k.a East Germany, North Korea and the likes.

The right to challenge authority is what made and keeps our western democracies so great. That essential right is being undermined.

The real threat to democracy

We often here about disinformation being “a threat to our democracy”, yet the very people who go around stifling information, open discussion, dissent and freedom of expression are the ones who are the real threat to what’s left of our democracy.

Something needs to be done about the Big Tech communication platforms because they are clearly abusing their power. If you aren’t allowed to retweet a link to an interview with a renowned medical expert, then you know things really have gotten off the rails.

There really does seem to be something really desperate taking place. Why so touchy about COVID-19 and vaccines? Some are suggesting there’s a real scandal behind it all.

One doctor recently came out and characterized the mRNA vaccines as a toxin that can potentially do great harm instead of good.