But first, of course there is no denying that September sea ice extent has has fallen substantially over the past 4 decades. Yet, those accusing us of cherry-picking also should read the entire article from last Friday, which shows the real cherry picking is done by the alarmists starting their charts in 1979, knowing full well there’s data going back far beyond that time point. 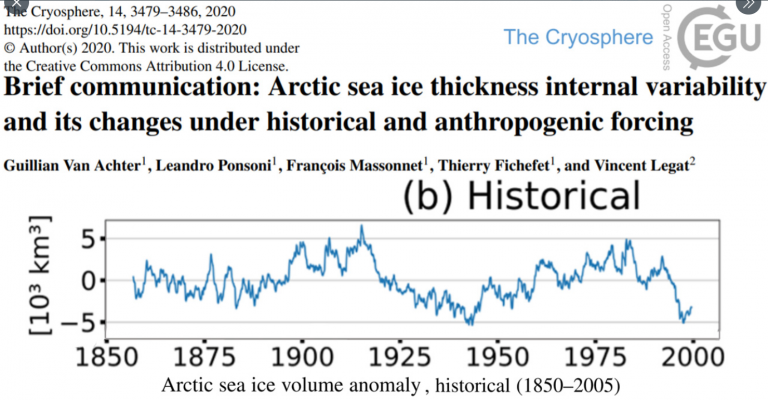 Today’s sea ice volume is similar to that seen in the 1940s.

And as Tony Heller has shown dozens of times, the early 20th century is filled with newspaper clippings of a rapidly melting Arctic, which of course later refroze during the middle of the 2th century.