The discovery of whale bones and marine shells at ancient beach sites 32 to 36 meters above today’s shorelines have been dated to the Early to Middle Holocene. Beach ridges were still several meters higher than today during Roman and Medieval times.

The relative sea levels of the ancient past can be discerned by identifying the span of years marine shells were deposited on ancient beaches. Also, whales were as likely to wash up on shore thousands of years ago as they do today.

A new study (Souza et al., 2021) uses an alternative dating method to identify when beach ridge systems were still collection sites for sea shells along the west coast of Greenland (Disko Island). The authors find it “particularly interesting” that beach ridges were still elevated ~6 meters above modern sea levels less than 2,000 years ago, as previous studies have suggested the Disko Bay region’s sea levels should have fallen to below present sea level by this time.

The authors also determined the marine shells located 32 meters above present Disko Island shorelines can be dated to about 5,300 years ago. Whale carcasses collected at sites elevated 36 meters above modern have been dated to the Early Holocene.

The highest sea levels of the Holocene, or the Holocene Marine Limit, has been dated to ~9000 years ago. At that time deposits of sea shells on the southwest coast of Disko were as much as “~70 to 80 m above present sea level.” 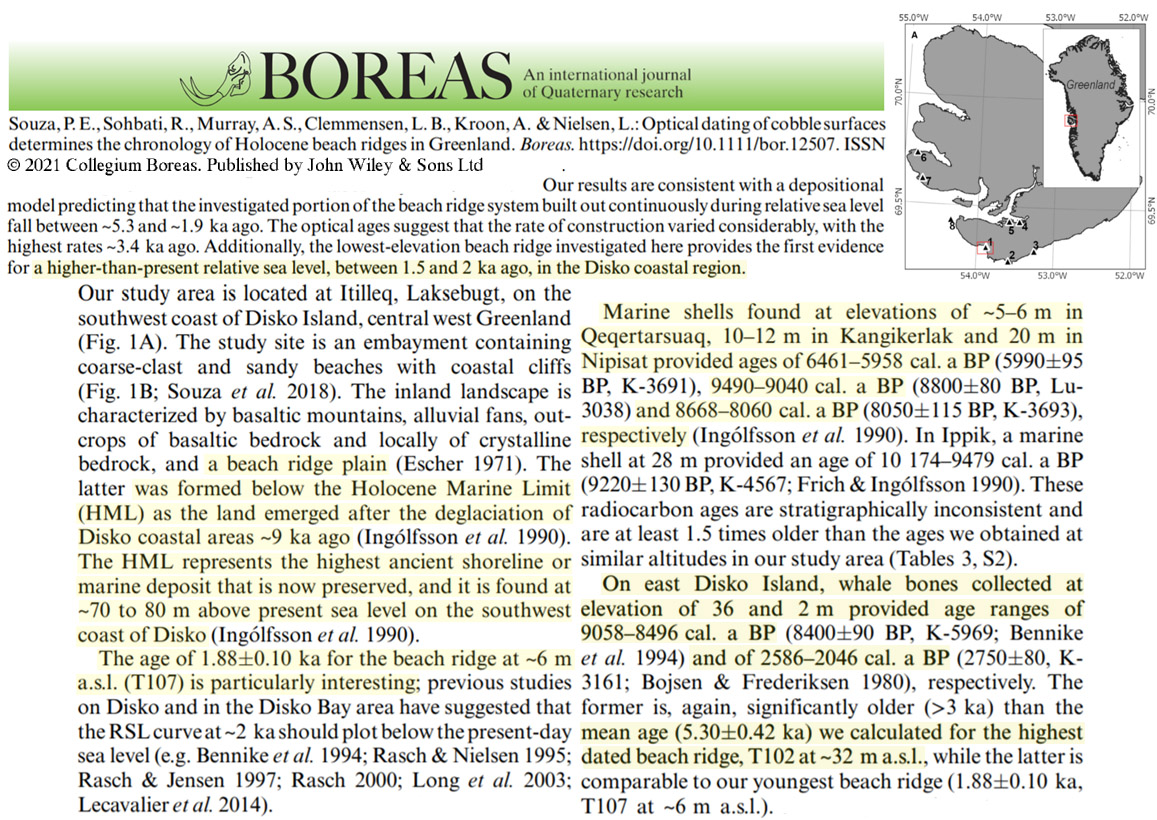