4 recent studies tell us that forest thinning for the production of wood pellets and clear cutting for wind parks are really dumb ideas.

Reforestation and afforestation (R&A) are among the most prominent ideas for the sequestration of CO2 and thus viewed by alarmists as a climate solution. But others doubt forests play much of a role.

Another solution proposed for climate protection is to burn wood pellets instead of oil and natural gas for heating buildings. Wood pellets are viewed as renewable and thus are supposed to be brakes on climate change. But now recent studies suggest that burning wood pellets coming from harvested trees in forest thinning operations may instead be accelerating warming.

Cloud–albedo effects due to land–atmosphere interactions

In their study, “Cloud cooling effects of afforestation and reforestation at midlatitudes” the team of authors led by Sara Cerasoli carefully analyzed R&A at midlatitudes. Using both satellite data and atmospheric boundary-layer models, they show that by including cloud–albedo effects due to land–atmosphere interactions, the R&A cooling at midlatitudes becomes prevalent.

This means that scientists earlier had not adequately taken the clouds that formed due to forests into account. These high albedo clouds play a major role in terms of having a cooling effect. Clouds tend to form more over intact forests than they do over forest-free areas.

Forests along with the clouds they help create, act to cool surface temperatures. Thus efforts to keep forests intact at midlatitudes would help cool the earth’s surface.

To the contrary, efforts that lead to the thinning or even the destruction of forests — e.g. wood pellet production — will serve to lessen the cooling effect, or even cause warming. The paper states:

While an increased water vapor in the atmosphere due to forests may result in greater radiation absorption (16), the impact is minor compared to the radiative effect caused the change in albedo, so that evaporative cooling is essentially a nonradiative effect.”

Using global satellite data, they found “that for 67% of sampled areas across the world, afforestation would increase low level cloud cover, which should have a cooling effect on the planet.” 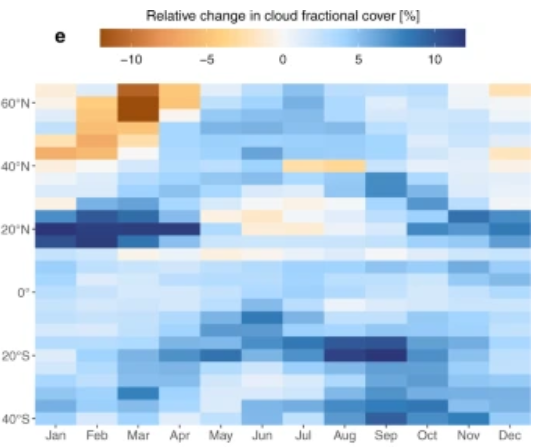 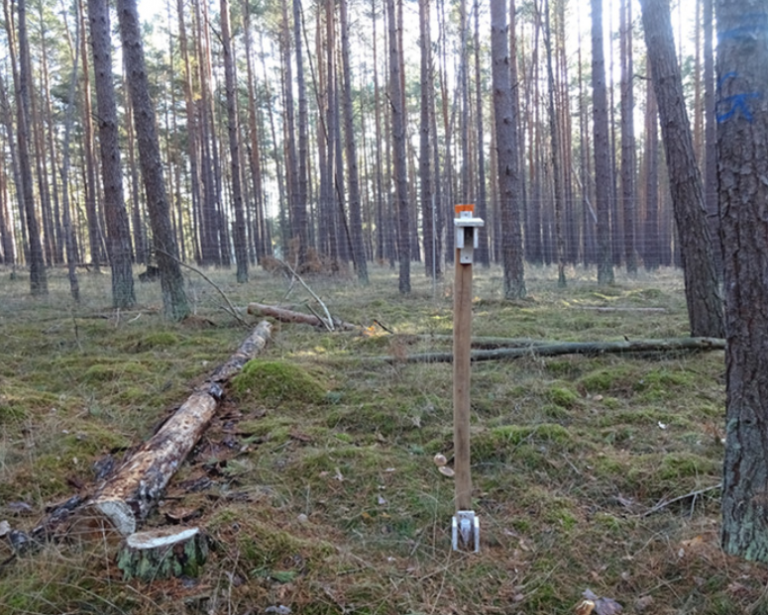 The study found that poor forestry practices in Northern Germany led to a decreased temperature cooling capacity by the forest that had increasing wood harvest activities. “The maximum temperature was higher in forests with relative low stand volume. Therefore, high stock and dense canopy would provided an insurance against heat and drought events.”

“From all the variables, researchers identified the degree of canopy openness and the quantity of logged trees, both directly controlled by forest management, as the main factors for the reduction of maximum temperatures in the forest interior. They found the maximum temperature to be higher in forests with more cut trees and more open canopy.”

Yet another paper published last year, ForestTemp – Sub-canopy microclimate temperatures of European forests by Haesen et al, found that “the tree canopy functions as a thermal insulator” and that “sub-canopy air temperatures differ substantially from free-air temperatures, being on average 2.1°C (standard deviation ± 1.6°C) lower in summer and 2.0°C higher (±0.7°C) in winter across Europe.”

There’s no doubt that intact forests play an important role on temperature. In the spring and summer, thinned out forests heat up markedly more than those with a completely closed canopy.

Forest thinning and clearing operations, e.g. for harvesting trees for wood pellet production or wind park construction, not only lead to higher surface temperatures, but also to a rapid injection of CO2 into the atmosphere when the wood pellets are burned.

In the end, it means wood pellets are backfiring. They lead to forest degradation, and even more rapid CO2 emissions and pollution from their burning. The practice just couldn’t possibly be dumber.