Extreme weather events, like tropical storms, are supposed to be intensifying and becoming more frequent as the world warms, the global warming alarmists like to claim as they try to spread panic and anxiety. This, they say, is robustly supported by science and so humanity is facing dire consequences unless it stops burning fossil fuels immediately.

Today let’s use the scientific data on Pacific typhoons to see if the alarmist claims are true. These data are provided by the renowned Japan Meteorological Agency (JMA). Surely typhoons must be increasing in frequency year by year since the temperature has risen over the 20th century.

First we look at the number of typhoons occurring in September, since 1951: 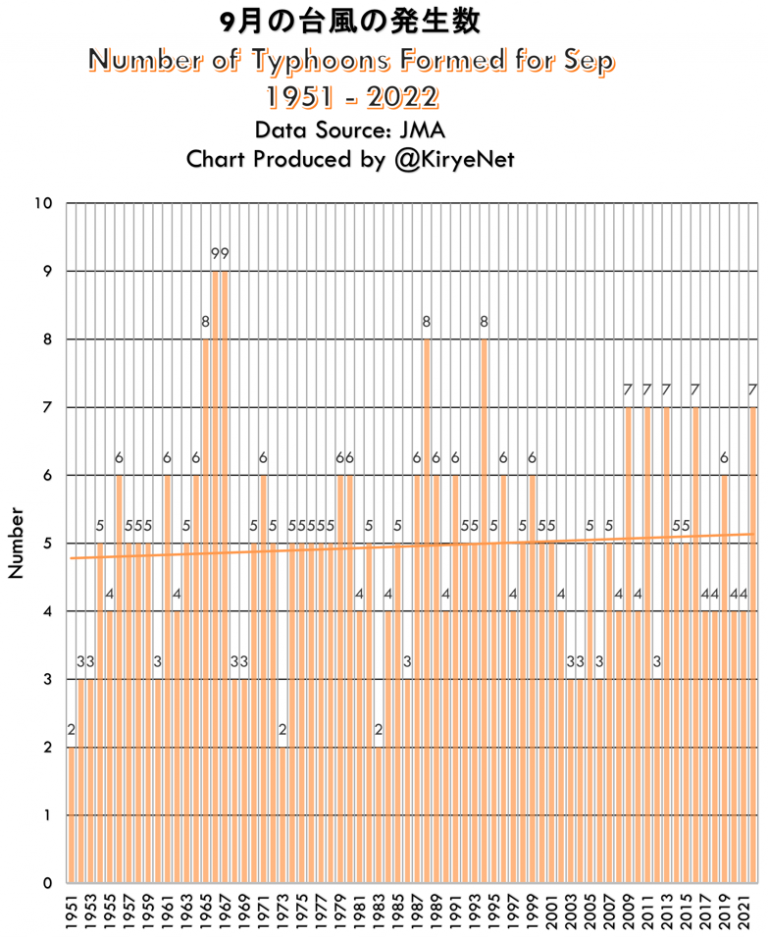 Lo and behold, the trend in terms of typhoon frequency in September has been upward and so the alarmists must be correct. The science is settled!

But not so fast. Firstly, if we ignore the 1950s, the above trend would be pretty much flat, if not slightly declining. Secondly, examining only one month doesn’t really tell much at all.

So next we look at the data that accounts for the entire January-September period for each year since 1951: 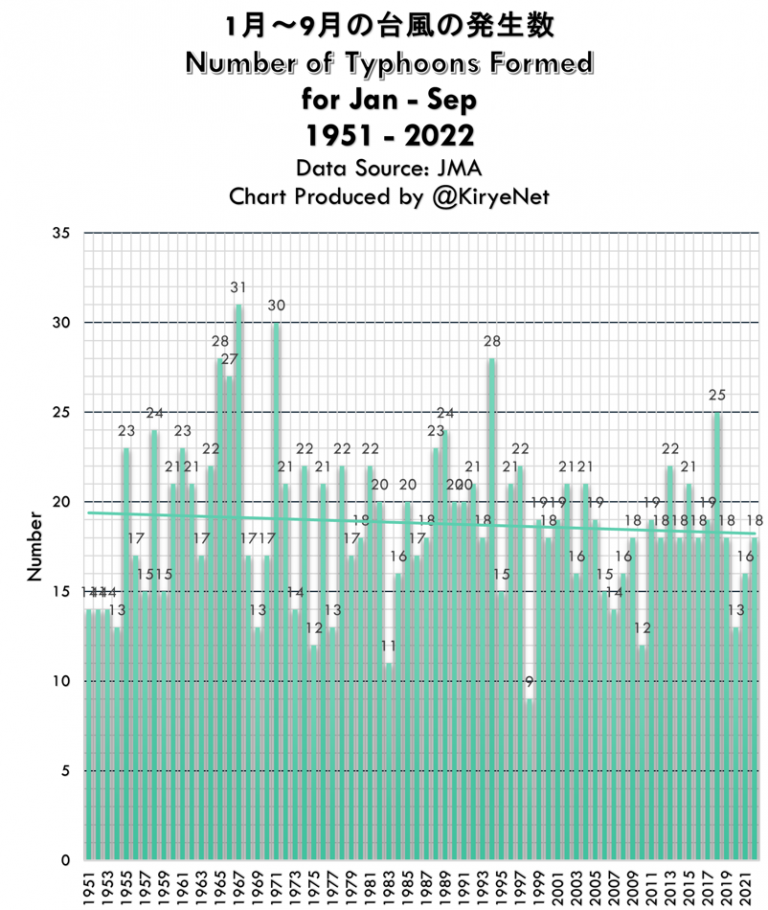 Accounting for the entire 9-month period each year, we see that the number of typhoons occurring has been trending downward for the past 7+ decades. The warming the planet has seen over this particular period has not led to more Pacific typhoon activity. To the contrary, warming seems to be putting the brakes on storm brewing in the Pacific.

That’s good news, but you’ll never hear it from the alarmist climate hoaxers. They only want you to believe their fantasies and to not look at the real, hard data.

The typhoon trend is just more “Inconvenient Truth” that the climate scamming alarmists don’t want the public to know.