Two new studies indicate there has been no modern warming in the last centuries in western (Urals) and eastern (Kolyma) Russian mountain ranges.

Summer temperatures were also warmer during the Medieval Warm Period, or from 1.2-0.7 ka BP. After a post-Medieval cool-down fostering in the Little Ice Age, the reconstructed record suggests there has been no warming since 0.5 cal ka BP, or for the last several centuries.

The smoothed temperature record shown in the study indicates there was only one brief period in the last 10,000 years that was not warmer than today. 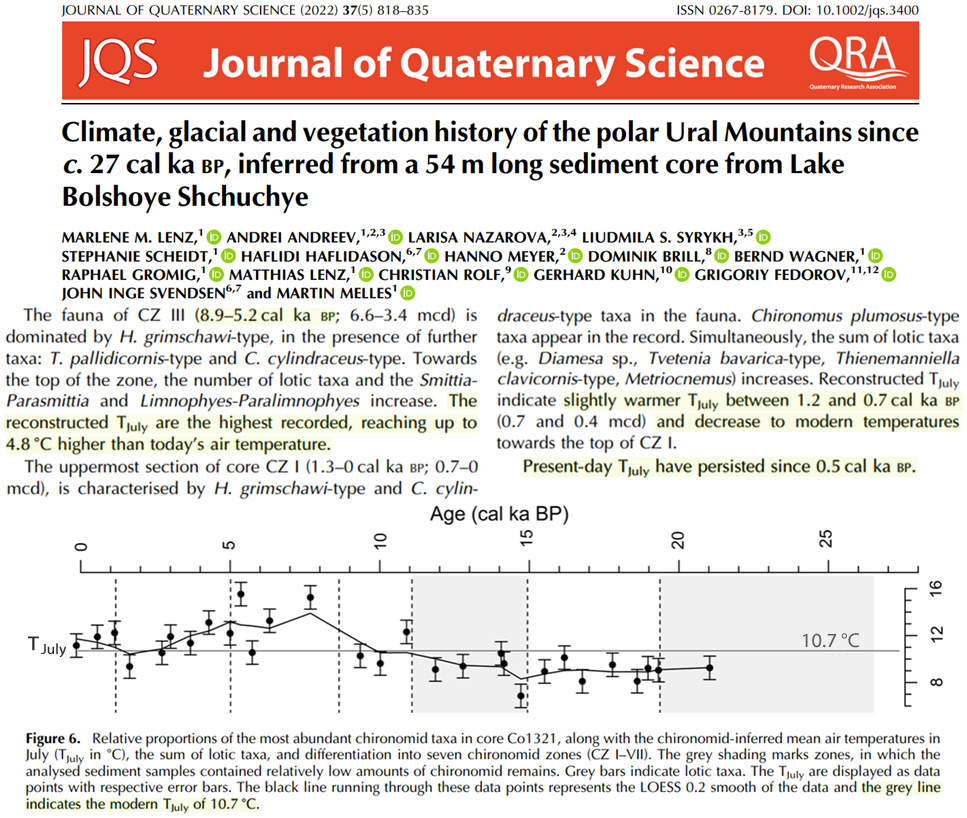 Another new temperature record from a northeastern Siberian mountain range, the Kolyma Lowlands, reports the winter and/or January temperatures from two weather stations reveal no obvious trends in the last 80 years, or during the period when CO2 has risen by about 100 ppm. 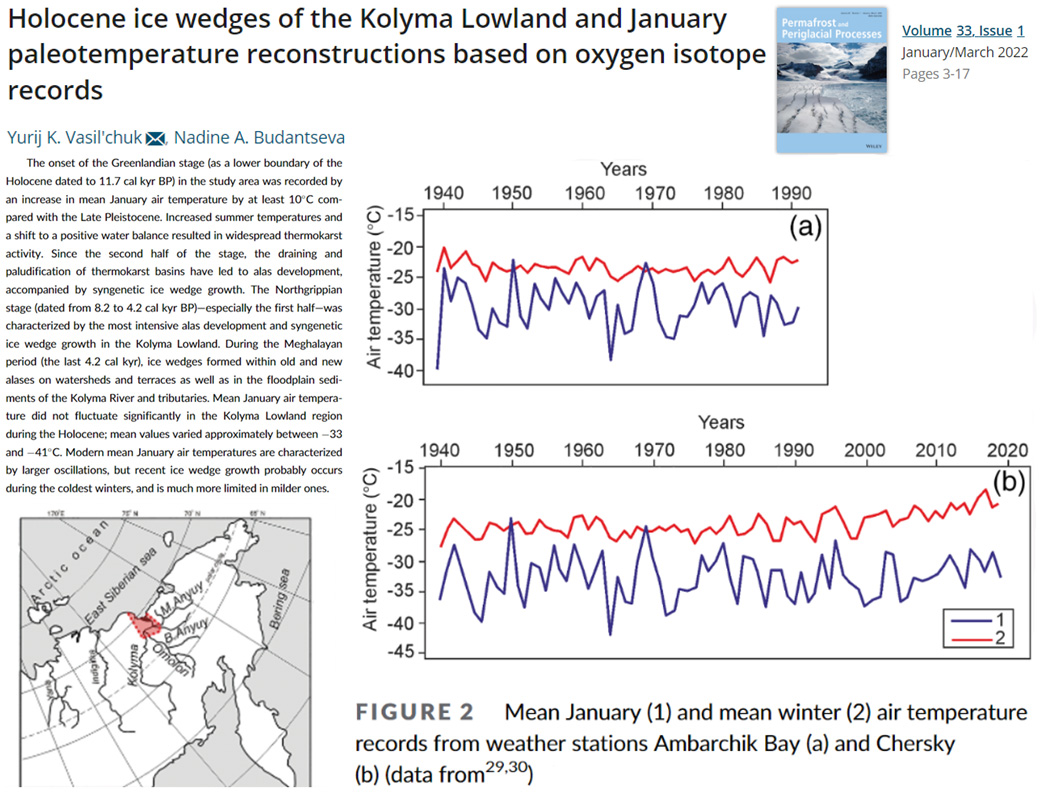