In ‘a call against ignorance and neglect’, researchers expose the massacre of bat populations inflicted by wind turbines in Germany.

Per a new study, there were 209 bats slaughtered in a span of 2 months at 3 studied wind turbine sites in Germany. This amounts to about “70 casualties per turbine.” (These turbine fatality rates are regarded as an underestimate, as they exclude the turbine deaths from the summer/autumn migration season.)

The 3 wind turbines studied are sited and operated without any conservation measures to curtail bat fatalities.

Approximately 3 of every 4 of Germany’s 30,000 onshore wind turbines are similar to these 3 turbines from the study in that they offer no curtailment or habitat protection for bat populations.

Because it is believed (by activists and policymakers) erecting wind turbines has a net positive impact on the Earth’s climate, we can be assured the bat carnage will continue for decades to come. 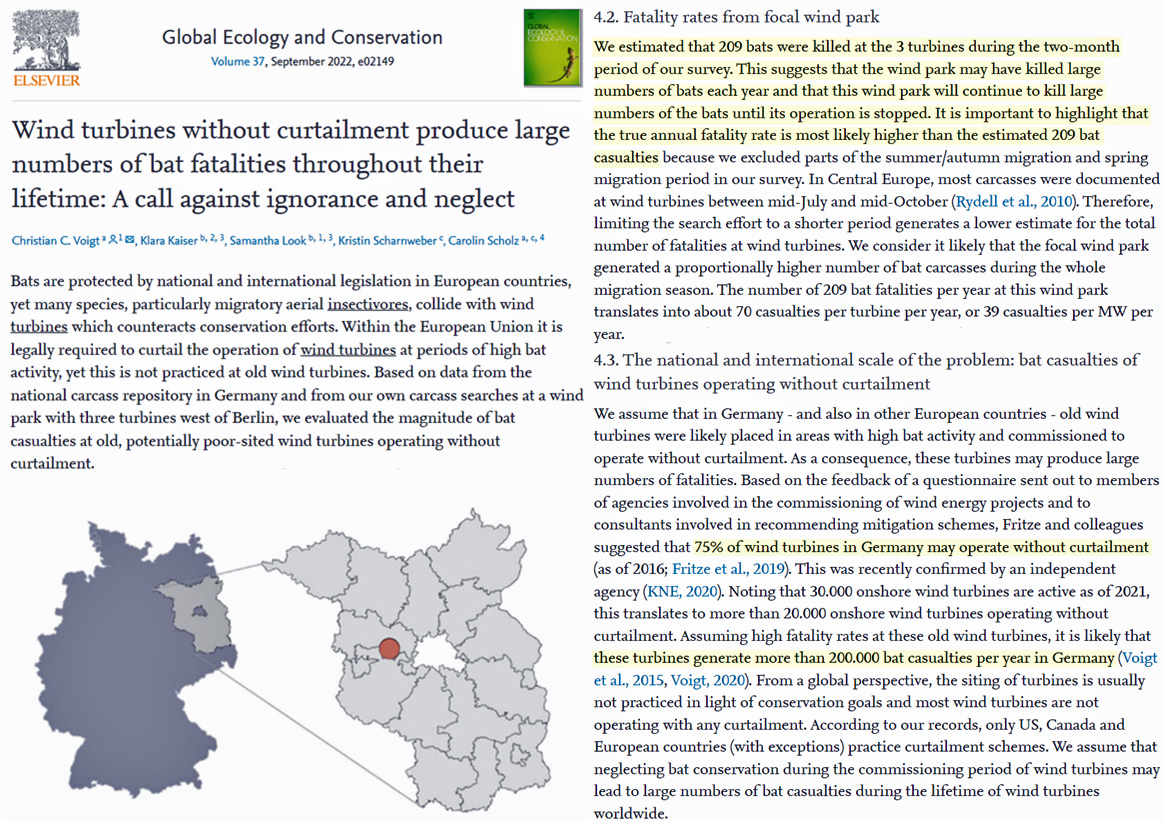