China continues to barrel ahead with the new construction, expansion of coal fired power plants

In Germany, while radical groups of climate-crazies like Extinction Rebellion and Last Generation are gluing themselves to road and airport tarmac surfaces to rescue the planet from the myth that is the climate catastrophe, China is planning to double the capacity of its coal-fired power plants, reports German online Blackout News here. 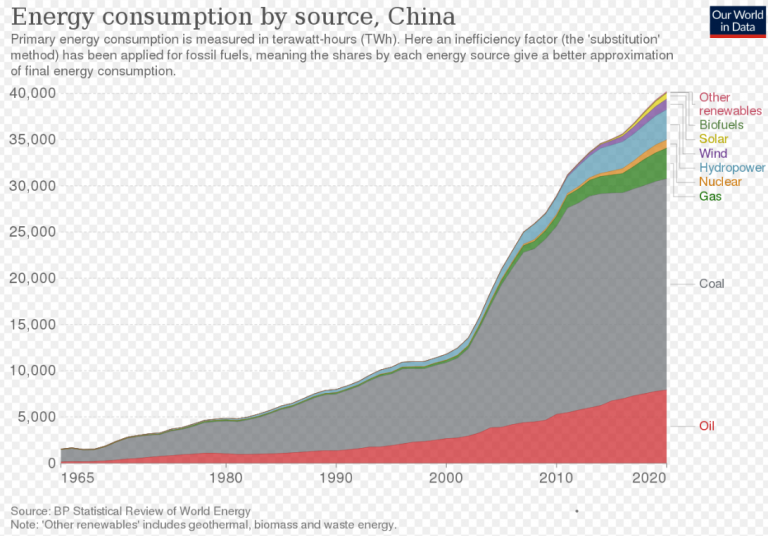 “China is building a huge number of new coal-fired power plants, possibly more than the rest of the world combined,” reports Blackout News, citing Bloomberg. But that huge added capacity allegedly will only serve as back-up for renewable energies. “The power plants will likely never operate at full capacity.”

4 times more than what Germany needs

By the end of 2023, China plans to build new coal-fired power plants with a capacity of at least 165 gigawatts – which is equivalent to more than double of Germany’s current total electric power demand.

That figure is estimated to rise to “a total of 270 gigawatts in the five years to 2025”. China’s planned added capacity would be more than the rest of the world.

So why would China barrel ahead at warp speed to install coal-fired power plants?

The answer is that its leaders see the huge blunders made by countries who chaotically rushed into green energies without any plan whatsoever, like Germany, which this winter is facing rolling brownouts due to a grid that’s been made unstable by green energies and shutdowns of coal and nuclear power plants. China aims to avoid the German power debacle.

“China’s strategy is responding to mistakes made in the U.S. and Europe with its expansion. There, people stopped investing in fossil fuel production and infrastructure before renewables were able to replace them,” summarizes Blackout News.

No way around conventional power plants

Also China’s strategies demonstrate how it is physically impossible to solely rely on wind and solar energy, and that a huge fossil fuel back-up system is imperative and unavoidable. President Xi Jinping claims the country’s aim is to eventually phase out fossil fuels, and is following the strategy of “building new before discarding old.” But clearly China is doing lots of new building of the old, and little discarding.

The wacko protesters should be gluing themselves in China if they’re really concerned about green energy progress.