Polar bear populations are stable to increasing with improved body condition in the 21st century.

The alarmist narrative that says polar bears are threatened by sea ice losses is strongly at odds with real-world observations.

A new study assesses the body condition of polar bears in the Gulf of Boothia – an immense 67,000 km² study region in Canada – has vastly improved in the last decades.

The recent thinning ice in this region seems to have “facilitated a short-term boost in hunting opportunities for bears,” and declining ice thickness and extent “may be partly responsible for the observed improvement in body condition of GB bears.”

The subpopulation of polar bears in this region is considered “stable to likely increasing.”

Well-funded scientists who do not directly experience the polar bears’ Arctic living conditions use modeling and assumptions to warn that polar bears are endangered due to declining sea ice extent or thickness.

Meanwhile, the native Inuit populations have been monitoring and hunting these bears for millennia and they actually observe the exact opposite of what we’ve been told by the scientists.

Wong (2021) used interviews with Inuit to access the ecological knowledge of these less-sophisticated polar bear experts. The local populations report polar bears readily adapt to their surroundings and climate, and thus they routinely catch seals in open waters. They do not require sea ice to access prey. Their best body condition (“fat”) is in summer, or when sea ice is thinnest.

The polar bear populations used to be “scarce” in the 1960s and 1970s. People living in the Gulf of Boothia region could go an entire year without seeing even one. Today polar bear populations are growing so rapidly in the Gulf of Boothia that Inuit report humans – especially unarmed children – are in danger. Bears can be seen “everywhere,” and safety has become a grave local concern. The Inuit cannot sleep without fear polar bears will enter their cabins and attack their families.

The Inuit “don’t have a concern” about polar bears handling changes in sea ice extent, or adapting to nearly any environment. They don’t believe the made-up claims about polar bears going extinct due to sea ice decline. 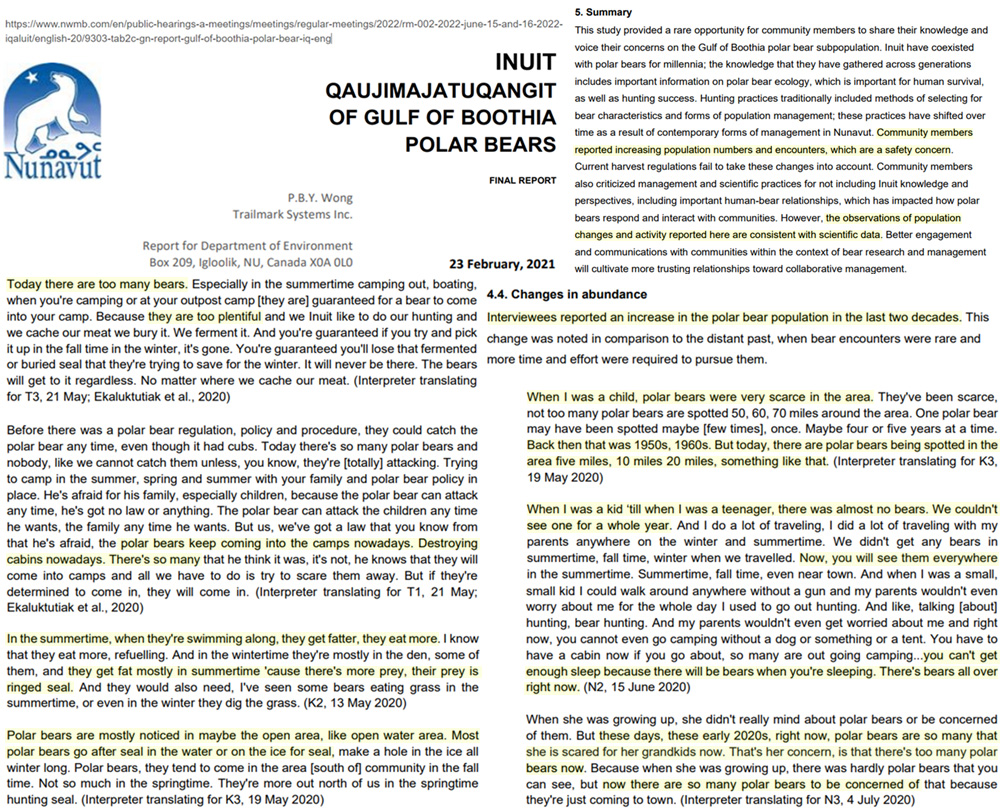 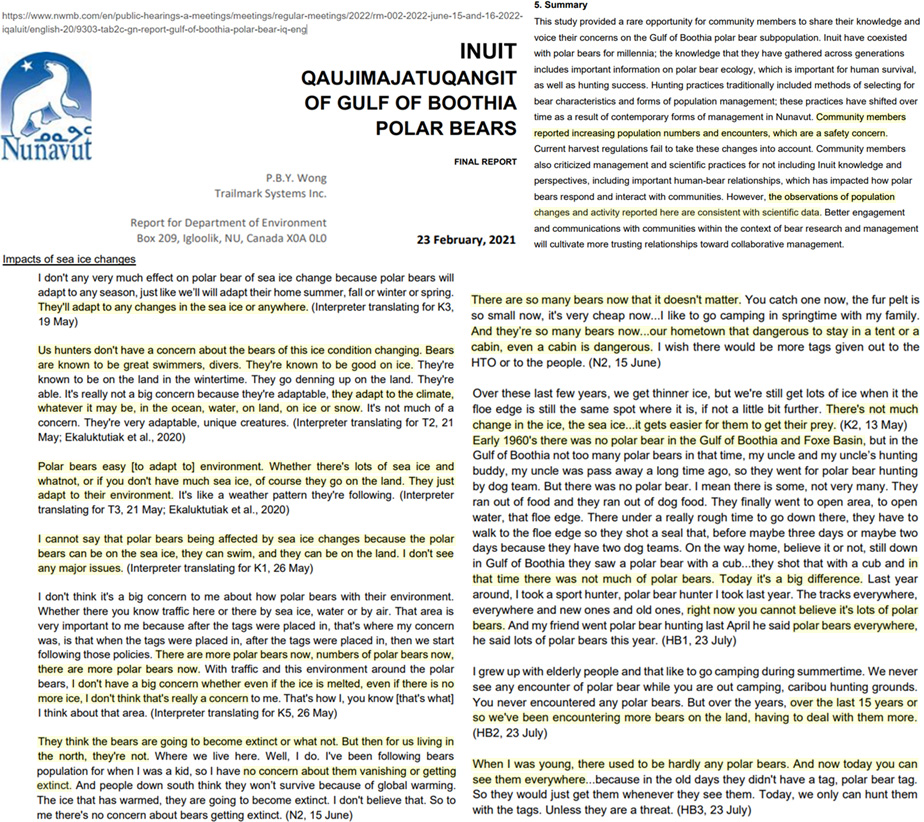