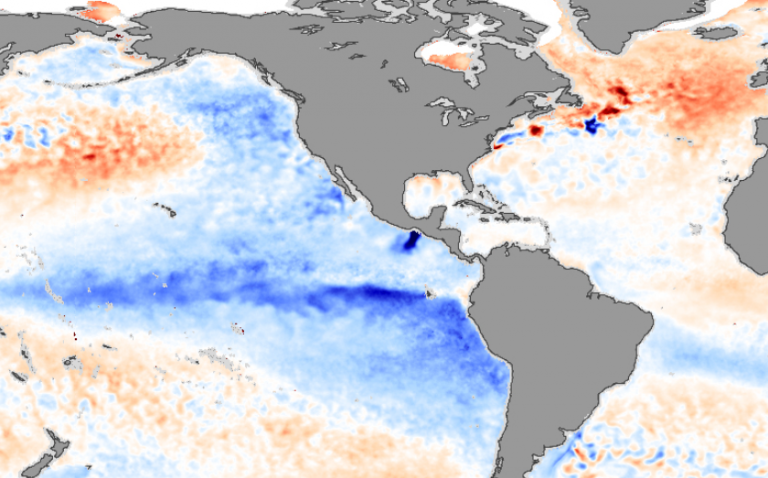 When it comes to German TV meteorologists, warm and dry weather is no longer good weather, but bad weather. At least that’s what often we read. Australia has at present very beautiful weather by this logic. ABC reports about an unusually cold season down under.

Sydney’s maximums were the lowest in four years but the mean temperatures, which includes the minimums, was the coldest since 2003 and the city failed to reach 30C for the first time in three decades.

Hobart was colder in 2021 and Darwin does not have a spring.

Even more unusual is some western suburbs of Sydney, including Penrith, failed to hit 30 degrees for the first time on record.

This spring was only the second time in a decade the mean maximum averaged across Australia was below the long-term average.

The article does not name a changing climate as the cause, also known as climate heating because with such cooling, that would be a bit difficult, although it is also often argued that it is getting colder because it is getting warmer. It is the La Niña situation that is bringing Australia the humidity but also the cold. In 2010 there were also such temperatures and also then there was a strong La Niña.

What is unusual this time is that it is already the third La Niña in a row.

“In many ways this spring just followed the script and had no chance of being the often romanticised warm and sunny version depicted in fairy tales.

Throughout the past 20 years only one other spring has been colder than normal for maximums, and that was 2010 — also a year with a strong negative Indian Ocean Dipole and La Niña.

What was a surprise though was the abnormally cold November which eventuated after numerous pulses of polar air escaped from Antarctica and took a vacation on our shores.

The result was rare late spring snow as far north as Central West NSW and the coldest November on record for some towns, including Forbes and Ivanhoe, where maximums were more than five below average.”

We remind you once again that the U.S. Weather Bureau always makes its forecast regarding El Niño and La Niña only for a period of about 6 months. There is a reason for this: longer-term forecasts, such as those made by PIK in 2019, turn out to be wrong. Instead of an El Niño, a La Niña came. One has heard little about further forecast attempts since this misprediction. We reported on the failure at the time. Reliable forecasts would undoubtedly be important in order to be able to adjust to the conditions, but perhaps “science is settled” is not yet the last word in wisdom. Or to put it philosophically in the style of Plato: We know that we know nothing. The World Meteorological Organization cautiously assumes that we can expect La Niña conditions for the next few months.