Yet another observational study determines changes in Earth’s reflectiveness, or planetary albedo, may be primarily responsible for 21st century climate forcing.

Earth’s radiation budget at the top of atmosphere (TOA) is predominantly controlled by internal changes in cloud cover. A declining albedo – linked to declining cloud cover – corresponds to an increase in the shortwave radiation absorbed by the Earth and thus a positive climate forcing.

More specifically, a change in Earth’s albedo of just -0.01 corresponds to an increase of +3.4 W/m² in absorbed solar radiation (Wielicki et al., 2005). Thus, even tiny variations in the planetary albedo are sufficient to trigger glaciations and deglaciations (Budyko, 1969).

A new study  indicates the planetary albedo declined at a rate of -0.002 per decade from 2001-2018, equivalent to approximately +0.7 W/m² per decade of shortwave climate forcing.

When we consider it allegedly takes 10 years and 22 ppm of CO2 increases to produce a total surface forcing of +0.2 W/m² per decade, it is obvious that the increase in absorbed solar radiation, modulated by changes in cloud albedo, has been the dominant forcing factor driving warming in recent decades. 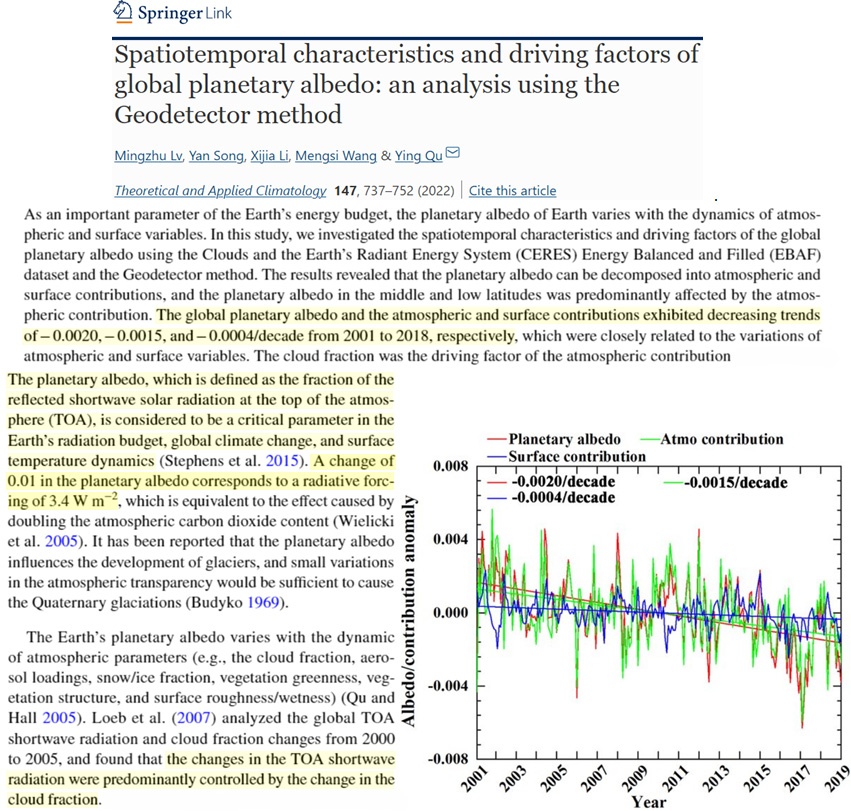