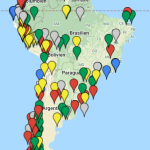 Global warming alarmist scientists like claiming that the well documented Medieval Warm Period (MWP) was merely a regional phenomenon, and not global. However a new publication by Lüning et al adds yet another study that shows the warm period from 1000 years ago was indeed global. ================================ Image source: here. Preindustrial climate change in South […]

Paleoclimate data still spotty and incomplete, leaving climate models vague, uncalibrated and filled with uncertainty Paleo-climatological data, used for the reconstruction of past climate from proxy records such as ice cores, tree rings, sediment cores etc., have not had adequate geographical coverage. Lake Tanganyika, Tanzania, where a sediment core was extracted. Credit: Andreas31, CC BY-SA 3.0. For […]

Here’s another blow to the global warming alarmist scientists, who have been claiming that the Medieval Warm Period was a local, North Atlantic phenomenon, and did not really exist globally. What follows is a report on yet another paper contradicting this now worn out claim. =================================== China: Warm phase of the 20th century was not […]

Remember how in the late 1990s/early 2000s the Medieval Warm Period (MWP) was made to disappear, and it was claimed that it was mainly a local, North Atlantic phenomenon. Unfortunately for those trumpeting this claim, a comprehensive worldwide survey of scientific literature is now showing that the MWP was in fact a global phenomenon, suggesting large-scale natural […] 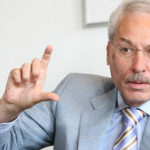 One of the biggest obstacles global warming alarmists have had to deal with is the inconvenient existence of the Medieval Warm Period (MWP), as there are reams of literature showing that this period was as warm or even warmer than today. Photo right: Fritz Vahrenholt (Die kalte Sonne) Yet, a number of global warming activists and alarmist […]

How many times must a hockey stick be broken, before alarmists stop wetting their beds? … The answer my friend, is blowing in the wind. ====================================== Second climate status report on the Baltic Sea Region: Medieval Warm Period was Half A Degree Warmer Than Today By Dr. Sebastian Lüning and Prof. Fritz Vahrenholt [Translated, edited by […]

New studies confirm: Glaciers in the Alps already had “fevers” during the Roman and Medieval warm periods By Sebastian Lüning and Fritz Vahrenholt (Translated, edited, condensed by P Gosselin) Everywhere activists and climate alarmists are claiming climate change is happening faster than ever and that the earth is dangerously approaching a tipping point. For example […] 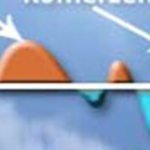 In Germany climate science used to be considered completely settled. Global temperatures had been pretty much steady for a thousand years before skyrocketing upwards as soon as man really started industrializing about 150 years ago, Germans were told again and again. But today Germany’s major media are beginning to realize that this view is perhaps quite naïve […] 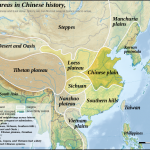 A team of scientists led by HE YuXin of the Department of Earth Sciences at the University of Hong Kong examined two lake cores extracted from the Tibetan Plateau in order to reconstruct the past temperature development. Source: East_Asia_topographic_map.png: Ksiom, the GNU Free Documentation License, Version 1.2 The two cores coming from two different lakes […]

Based on data from a few carefully selected tree rings, dogmatic warmist scientists like to insist that the Medieval Warm Period really did not exist globally and was only a local North Atlantic phenomenon. The climate, they tell us, was pretty much steady over the last couple thousand years – until man began to prosper […]