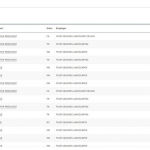 Share this…FacebookTwitterHave Trump/Barr led the Biden campaign into a lethal trap? Was a legal FISA warrant obtained to surveil campaign? If you watched the Trump Team’s press conference yesterday like I did, you probably wondered why on earth they held it where they did: Four Seasons Total Landscaping, owned by Marie Siravo, located in an […] 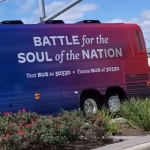 Share this…FacebookTwitterI don’t think there’s much focus on climate change today, so you’ll pardon me for not posting about it. Remember that the devil is always trying to get your soul by tempting you with free stuff. The devil tries to tempt you with free stuff and bullshit promises – like a wonderful climate and […]

Share this…FacebookTwitterStarting tomorrow another Corona lockdown goes into effect in Germany By A.R. Göhring (Text translated/edited by P. Gosselin) The government factions and the Greens decided on a significant increase in CO2 price – from 10 euros per ton up to 25 euros. Not only heating and filling the gas tank will become even more […] 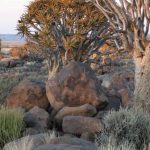 Share this…FacebookTwitterEnvironmental rape in the name of climate protection. To meet its CO2 reductions targets, Hamburg plans to deforest Africa in order to substitute coal with wood at its power plants! Nambia’s bushwood may end up being burned in place of coal at Hamburg’s power plants – all in the European city’s plan to go […] 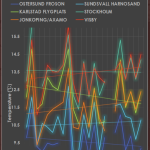 Share this…FacebookTwitterBy Jouwatch (Translated/edited by P. Gosselin) Since everyone is preoccupied with Corona, hardly anyone notices what is being decided to continue destroying Germany: The German government now wants to make the use of renewable energies a question of national security. “The use of renewable energies for electricity generation is in the public interest and […] 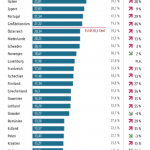 Share this…FacebookTwitterGermany’s Bundestag moves to enact a higher CO2 tax  The “Corona pandemic”, despite the ever falling death rate, has given governments cover to enact draconian regulation and lockdowns, thus allowing their even wildest power wet dreams to turn into reality. Just a year ago much of what we are seeing today was considered unimaginable. […] 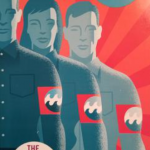 Share this…FacebookTwitterIn Berlin’s green movement, schools and officials aim to utilize youth to pave the way to a new world.  One lesson Germany loves to keep flunking: The risks of mass youth indoctrination. Berlin daily, left-of-center Tagesspiegel here admiringly looks at the Fridays for Future movement in Berlin, a city where it is particularly strong […]

Share this…FacebookTwitterBy Die kalte Sonne How ethical is that? Read between the lines, the younger generation is threatening the older ones to flood them with corona and eventually kill them if the older ones do not bow to the climate alarm. A thoroughly immoral proposal. Is this already blackmail or just the thought product of […]

Share this…FacebookTwitterThe city of Berlin has taken another step towards shutting down the fundamental rights of German citizens. Earlier today the city’s socialist-green administration announced it was cancelling this coming Saturday’s planned anti-Corona restrictions demonstration, where tens of thousands were expected to turn out and protest. Rights not “temporarily restricted” In a press release, Michael […]

Share this…FacebookTwitterOn August 20th, German Chancellor Angela Merkel met with Greta Thunberg, the post-puberty teenage climate activist who has yet to finish high school, get a college degree, move out of the house – let alone gain any work experience – but believes she is supremely qualified to tell everyone how the planet needs to […]