Share this…FacebookTwitterCentral Europe has been getting WETTER over the long term, and not drier like much media like to suggest. Dry years are nothing new.  Lately in Central Europe we’ve been hearing a lot about drought becoming the new normal – all because of man-made global warming, of course. Lots of hype made from 2 […] 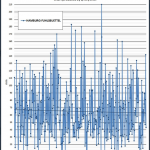 Share this…FacebookTwitterBy Kirye and Pierre Gosselin The summer of 2017 in Europe was a wet one, yet everyone seems to have forgotten that. Then came two hot and dry summers across Europe (2018 and 2019) and already climate alarmists began to call it the new normal. Hot dry summers with intense drought were in store […] 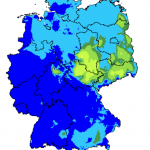 Share this…FacebookTwitter The last two summers in Germany (2018 and 2019) were unusually dry and warm, and already alarmists began to screaming that this was just a preview of what’s in store for Europe’s crispy burnt future. The following 2 charts show the ground moisture for Germany last September. The left image depicts the ground […]

Share this…FacebookTwitterVictoria Falls ignoring IPCC science: Sometimes more water, sometimes less By Die kalte Sonne (German text translated by P. Gosselin) German Spiegel Online on 7 December 2019: Victoria Falls in Zimbabwe and Zambia: “It’s the longest dry period that we have ever had.” The Victoria Falls are considered to be the widest waterfall in […]

Share this…FacebookTwitterThe two recent dry summers seen in Europe have led to alarmists believing that the climate doomsday has arrived. But The European Institute for Climate and Energy (EIKE) looks at the past to see if this sort of thing is really unusual. ======================= German forests growing much faster today than 1000 years ago. Photo: NTZ […]

Share this…FacebookTwitterAt XR and FFF rallies, speakers like telling outright lies with the aim of trying to get the masses of people to stampede in mass panic and blind anger. One of these activists in Germany is Carola Rackete, reports Michael Krüger here at Science Skeptical. Rackete, the award-winning refugee rescuer and sea vessel captain, […]

Share this…FacebookTwitterIt’s unusual to see rationality over climate change in the German media, but sometimes it manages to get through. In April this year I missed an important podcast interview with one of the world’s most prominent Sahara Desert researchers, geologist Dr. Stefan Kröpelin, by the Düsseldorf-based German daily, Rheinische Post. Image: University of Cologne The […]

Share this…FacebookTwitterThe global warming crazies keep insisting that weather has become more extreme, but whenever a study looks at the past weather, it finds the opposite to be true. The latest is a new study titled “Historical extreme rainfall events in southeastern Australia” authored by Ashcroft et al appearing in the journal Weather and Climate […] 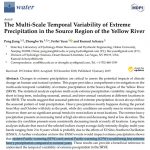