Conservationist/wind-energy protest group Rettet den Odenwald (Save the Forest of Odes) here writes that yet another endangered stork nest was recently destroyed at the forested location near a proposed JuWi wind park. Controversy swirls over German wind park builder JuWi Normally the clearing of forest land to make way for industry is required to undergo […] 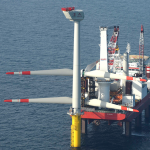 The online German business daily Handelsblatt here writes that European wind energy company Siemens Gamesa will eliminate 6000 jobs. That means the German-Spanish company will shed more than a fifth of it 26,000 workers. This is the latest bad news slamming the green energy industry in Germany and Europe. Over the years Germany has seen almost […]

Storm, Price-Collapse “Expose Madness Of Energiewende” …Thousands Of Turbines To Be Dismantled As Subsidies Expire

The online Die Welt here reports that storm “Herwart” which swept across Germany late last month – with wind gusts of up to 140 kilometers per hour  – led to a wholesale electricity “price collapse” and thus “exposed the madness of the Energiewende“. “Negative prices” As storm Herwart waged, wind parks across Germany over-flooded electricity […]

Wind Energy Expansion: Endangering Wildlife Photo from Ferrão da Costa et al., 2017 When pondering the future of wind power and its ecological impacts, it is well worth re-considering this seminal analysis from Dr. Matt Ridley. [W]orld energy demand has been growing at about 2 per cent a year for nearly 40 years. Between 2013 and 2014, […]

What follows is a list of reasons compiled by this German site here on why wind is a poor source of power. There are eight disadvantages that cannot be ignored, the site writes. What follows are the eight reasons along with my own descriptions. 1. Unstable, erratic power supply The wind doesn’t blow constantly, and […]

Germany’s wind energy industry is suddenly facing fierce headwinds, and wind energy opponents are cheering wildly! Yesterday Germany’s most populated state, North Rhine Westphalia, voted in a new government. The old government consisting of a coalition between the SPD Socialists and the Green Party were booted out in recent state elections, and since yesterday have […] 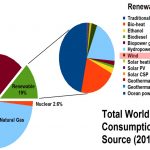 Unsustainable: 43 Million Tonnes Of Wind Turbine Blade Waste By 2050 “If the industry cannot come up with more sustainable manufacturing and disposal processes, public acceptance of wind energy would decline if the public becomes aware of these issues” – Ramirez-Tejeda et al., 2017 Despite an explosion in installed wind capacity since 1990, wind power […] 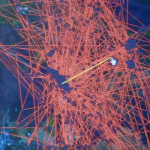 It’s time for wind energy proponents to admit that their well-intended idea of wind energy has in fact had disastrous ecological consequences. No technological development has ever so negatively impacted the environment and landscape like wind turbines have. Not only do they blight the scenic landscape and make people living near them ill, they are a […]

As wind projects continue to get planned throughout Germany, concerns over their effects on nature, wildlife and human health are growing more than ever. The online Sächsische Zeitung (SZ – Saxony News) reports how one locality in Germany held a public forum on the subject of low-frequency infrasound earlier this year. Infrasound generated by wind turbines is […] 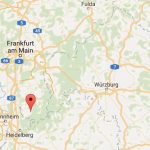 In Germany forests are almost considered sacred, and are powerfully anchored into the German cultural psyche. Disturbing them is absolutely frowned upon, to put it mildly. This is all the more reason why Germans nationwide have been horrified by the mass deforestation taking place to make way for industrial wind parks. The latest (shocking) example […]