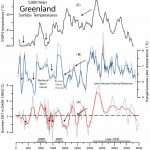 Natural Forcing Of Arctic Climate  Increasingly Affirmed By Scientists Gajewski, 2015 Three years ago a cogent paper was published in the prestigious scientific journal Nature that was surprisingly candid in its rejection of the position that the substantial warming and sea ice reduction in the Arctic occurring since the late 1970s should be predominantly attributed […] 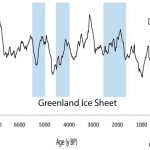 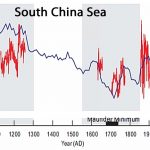 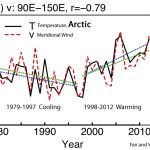 Natural Variability Dominates Climate  Last week, the newly published Gagné et al. (2017) paper received some attention  because the authors pointed out that Arctic sea ice grew substantially between 1950 and 1975, consistent with the in-phase cooling trend during that period. Gagné et al., 2017     “Updated observational datasets without climatological infilling show that there was […] 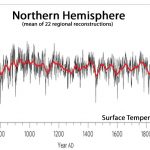 I. Failing/Failed Renewable Energy, Climate Policies (10) Jones and Warner, 2016       Here we quantify the changes in the global energy mix necessary to address population and climate change under two energy-use scenarios, finding that renewable energy production (9% in 2014) must comprise 87–94% of global energy consumption by 2100. Our study suggests >50% […] 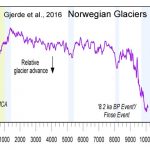 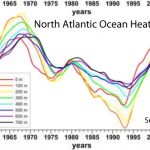 I. Solar Influence On Climate (133) 1.  Moreno et al., 2016        The major external forcing of the climate system derives from the Sun. A solar signature has been found in global mean surface temperatures, with evidence directly related to two noticeably different features of the Sun’s dynamics: its short-term irradiance fluctuations and secular […]

The Sun-Climate Connection: Over 100 Scientific Papers From 2016 Link Solar Forcing To Climate Change 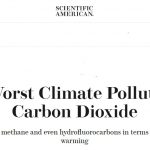 Back in the early 1970s, when there was a scientific consensus that the Earth was cooling and that cooling was not good for the biosphere, scientists were ranking human-generated pollutants in terms of their potential to do harm to the planet. At that time, CO2 was regarded as “the least objectionable or only beneficial addition to […] 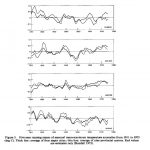 PART 3 PART 1 HERE PART 2 HERE 206. Dyson, 1977 The magnitude of this negative feed-back effect of atmospheric CO2 upon itself depends on many ecological interactions which have yet to be disentangled. The effect could be negligibly small, or it could be as large as 3 x 109 tons of carbon per yr. […] 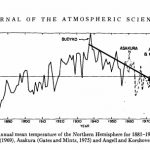 Beginning in 2003, software engineer William Connolley quietly removed the highly inconvenient references to the global cooling scare of the 1970s from Wikipedia, the world’s most influential and accessed informational source. It had to be done.  Too many skeptics were (correctly) pointing out that the scientific “consensus” during the 1960s and 1970s was that the […]