A new study asserts that when Greenland naturally warms by multiple degrees per decade, this “abrupt climate variability can result entirely from unforced or noise-induced oscillations of the coupled atmosphere-ice-ocean system.” This means the recent modest climate changes for Greenland may easily fall within the scope of an unforced natural variability pattern.

Now a new study (Capron et al., 2021) has shown Greenland only needs a few decades to warm up by anywhere from 5 to 16°C. These abrupt warmings have occurred rather routinely in the past – perhaps every few millennia.

And even though these past climate changes are many times larger both in magnitude and rapidity than those witnessed in the last century, they do not even require a clear external trigger to explain their provenance. They can simply be noisy oscillations internal to the climate system. 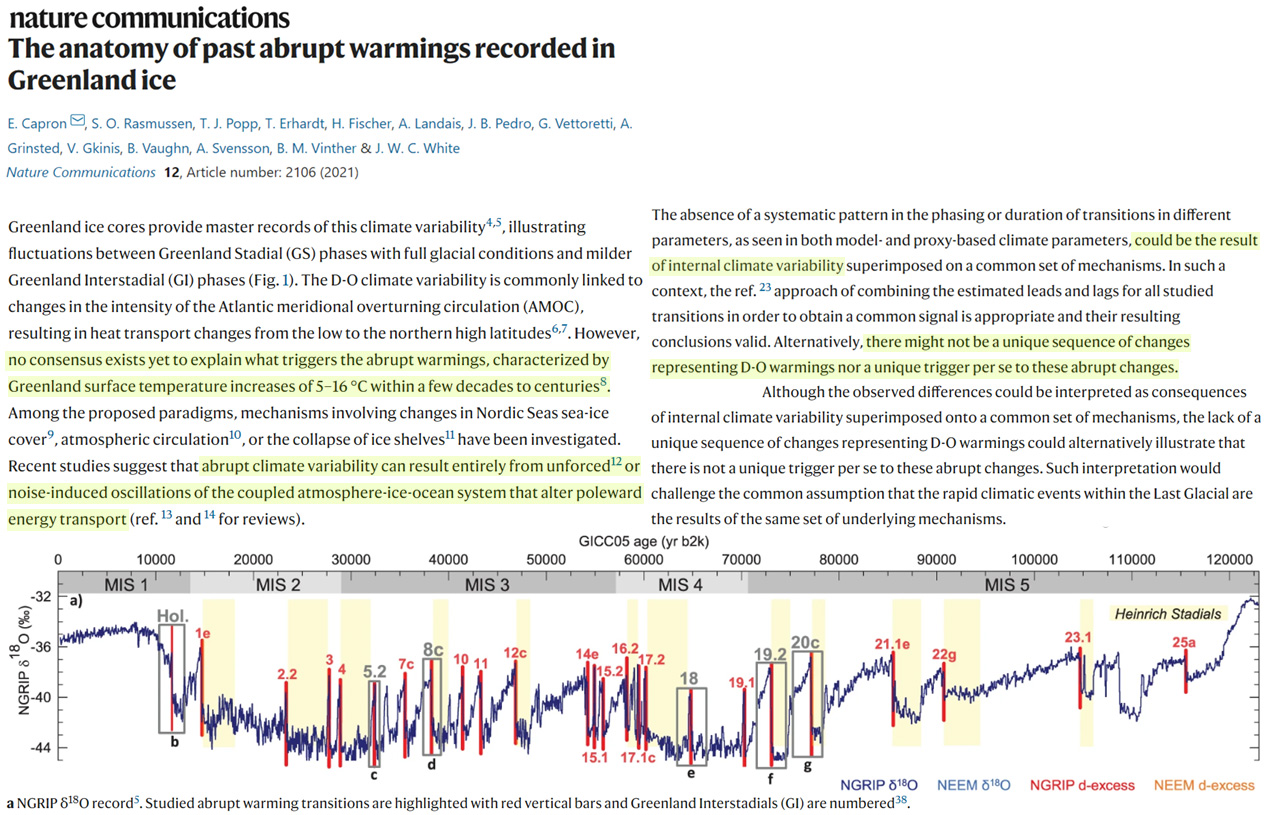 Another recent study determined Iceland was ~2°C warmer and the Arctic region had much less sea ice as recently as ~1400 to 1000 years ago (Miles et al., 2020). In the last 1400 years the Arctic experienced marked climate changes (~1.5°C in decades) that may have occurred “spontaneously,” or without requiring “an external trigger”. So, again, abrupt warming (and cooling) events may arise largely as a consequence of unforced natural variability. 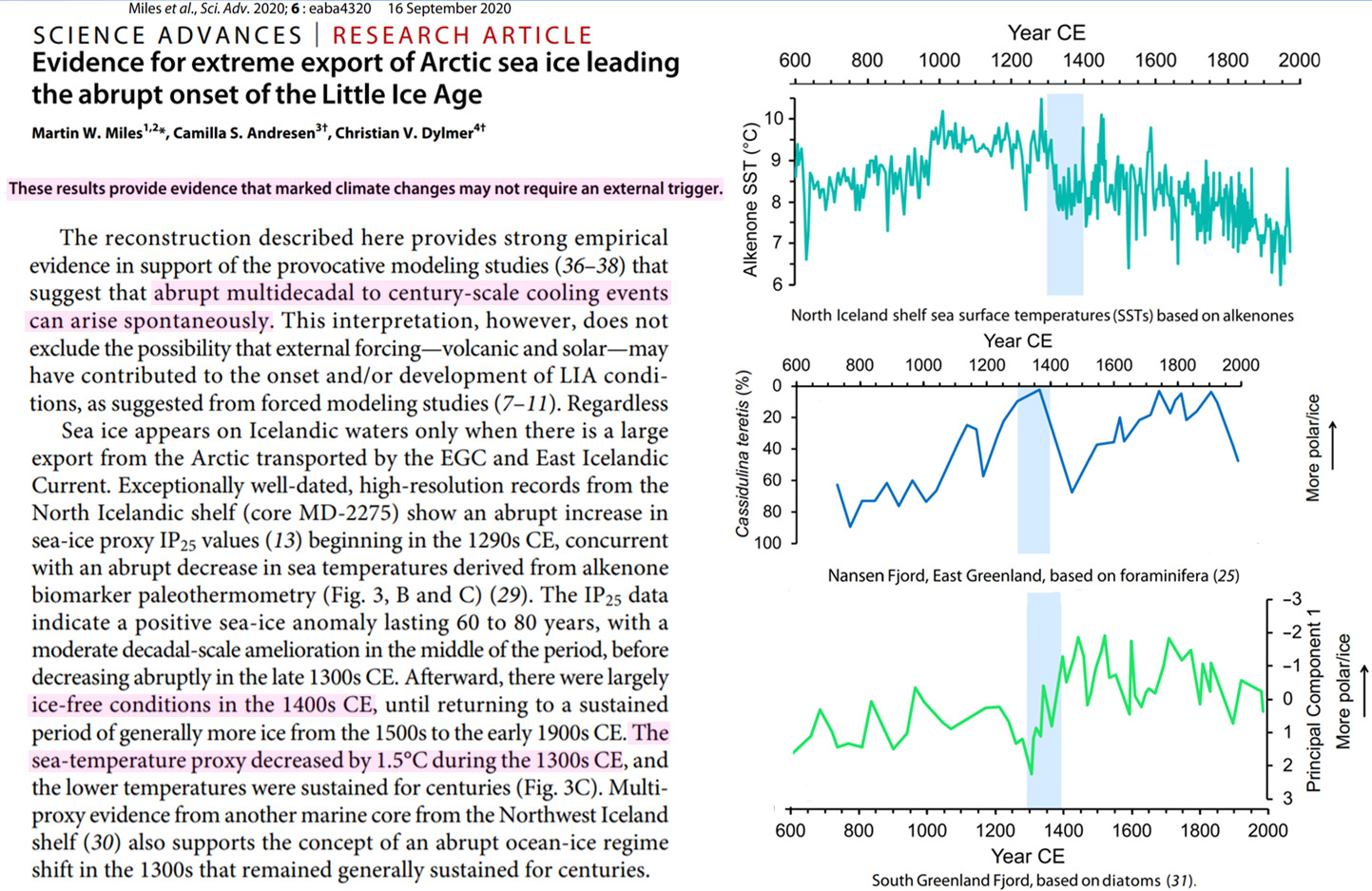 If climate changes of these magnitudes can and do occur without an external forcing mechanism, there is little reason to assume that the much more modest changes in the last century fall outside the range of internal variability either.