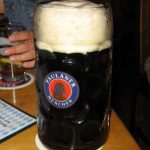 Share this… Facebook TwitterA climate scientist brought my attention to a recent article reporting how one site has identified 13 beers that are climatically and environmentally correct to drink. I’m pretty sure his main objective was to show just how nutty the movement has become. Photo: Public domain. So I thought readers here might enjoy […]

Media “Phonies, The Fraud And The Corruption” Exposed…Credibility In Freefall

Share this… Facebook TwitterI’m short on time today, as will be the case tomorrow as well, and so here’s something way off topic – from last week. Recall I recently wrote about the glaring hypocrisy and deceitfulness of an all-white German media here. It appears that the heydays of the media are almost over. Their […]

New Paper Shows No Precipitation Trend On Iberian Peninsula Over Past 300 Years!

Share this… Facebook TwitterPuzzling drought history of Spain during the past 300 years By Dr. Sebastian Lüning, Prof. Fritz Vahrenholt (German passages translated by P. Gosselin) [NOTE: Comment moderation will be slow over the next couple of days due to limited WIFI access. -PG] Gradually word is getting out that the current climate trend has to […] 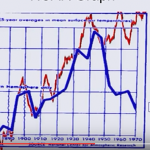 Share this… Facebook TwitterNote: Due to limited WIFI over next couple of days, comment moderation will be sporadic. ====================== Software engineering whiz Tony Heller makes a presentation on climate change and the data behind it. If you haven’t watched it already, then do take the time to do so. “Utter nonsense” Heller, who goes by […]

Share this… Facebook TwitterChallenging AGW on the Eve of Destruction Guest essay by Uli Weber, Geophysicist, Germany Since the G7-summit at Elmau Castle (2015) and the climate summit COP21 in Paris (2015) the declared political aim of all governments of the world is a global decarbonisation until the year 2100 to save our planet from […]

How Climatologists Suddenly Turned On A Dime, “Shooed Away” Uncertainty To Promote “Scary Scenarios”

The Poor Get The Shaft – Forced To Pick Up 7 Billion Euro Power Tab Of German Industry!

Share this… Facebook TwitterHere’s more proof that Germany’s scheme to shift over to renewable energy sources, the so-called Energiewende, is backfiring – this time socially. German climate alarmist site “Klimaretter” (Climate Rescuer) writes here that Germany’s Energiewende has been unfair to consumers, but a real bonanza for some large power consumers. Claiming competition disadvantages (and they […] 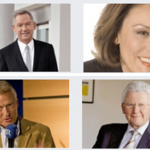 (All White) German ARD Television Jabs At GOP – For Lack Of Ethnic Diversity!

Share this… Facebook TwitterARD German public television board has zero non-whites in nation that has millions of people of other ethnic origin. Photos: ARD, Fair Use. Yesterday I happened to watch Germany’s ARD 8 pm news, and was a bit surprised by its reporting on the GOP Convention. According to Wikipedia, the ARD is the “world’s largest […]

Share this… Facebook TwitterLa Niña is coming: the Earth is cooling! By Schneefan. (Translated and condensed by P. Gosselin) The warming El Niño weather phenomenon has been history since June 2016. The cool La Niña started in mid July 2016. The daily anomalies in sea surface temperatures (SSTA) in the main Niño region 3.4 are now […] 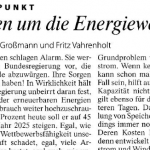 Share this… Facebook TwitterEnergy experts Jürgen Großmann and Prof. Fritz Vahrenholt wrote in an opinion piece in Saturday’s hardcopy edition of the Frankfurter Allgemeine Zeitung (FAZ) that renewable energies are expensive, costing 2 to 3 times more than conventional energy. FAZ: “Worry over transition to renewable energy” The two German experts warn that any attempt the […] 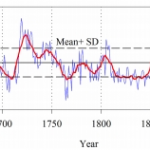 Share this… Facebook TwitterNew Paper: China temperatures warmer during the 1700s, linked to solar, volcanic, and AMO/PDO forcing By Kenneth Richard A new 368-year tree ring temperature reconstruction has established that regional (China) summer temperatures were warmer than they are now (2012) during the mid-1600s and early 1700s, and that the temperature variations can be […]