Share this… Facebook TwitterClimate scientists on both sides of the debate agree on one thing: the earth’s surface and atmosphere have (unexpectedly) stopped warming; there’s been no temperature increase in over 17 years and counting. While global warming scientists insist the pause is only temporary and that warming will resume in earnest sometime in the future (once […]

German Geologist: IPCC Models A Failure, “Have No Chance Of Success”…Sees Possible 0.2°C Of Cooling By 2020

Share this… Facebook TwitterCo-author of “The Neglected Sun“/geologist Dr. Sebastian Lüning made a presentation at the 7th International Conference for Climate and Energy in Mannheim, Germany, back in April. EIKE has now put it up. The presentation is in German and so I am providing below a round up of the main points made by Lüning. […]

Share this… Facebook TwitterA new study by researchers in England claim that people who eat lots of meat emit much more CO2 than vegans. Worse: the nutty scientists are urging governments to change dietary guidelines. At the journal of Climatic Change, Peter Scarborough et al claim that “reducing the intake of meat and other animal based […]

Candidate Lenar Whitney On AGW: “Any 10-Year Old Can Invalidate Their Thesis…Obama Knows It’s Getting Colder”

Share this… Facebook TwitterBreitbart brings us a video produced by Congressional candidate Lenar Whitney who hits out powerfully at the global warming “hoax”. Hat-tip: Climate Realists. WATCH VIDEO HERE Photo right: Lenar Whitney website. Whitney reminds her listeners that since Al Gore’s “propaganda film” An Inconvenient Truth, things have not turned out as he predicted. She […]

Share this… Facebook TwitterCO2 Handel here, a leading German web portal promoting climate alarmism, renewable energy and climate protection, today has announced it is “forced to discontinue operating effective the end of this month“, citing they were unable to secure financing. The CO2-Handel site is operated by “KlimAktiv® Consulting GmbH“, an “independent consulting company in the […] 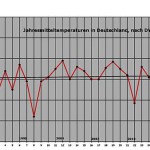 Share this… Facebook TwitterDespite all the claims of lots of signs and evidence of man-made global warming, no one has yet to find it. Stefan Rahmstorf, German alarmist scientist and the Potsdam Institute for Climate Impact Research claims that it was briefly sighted by GISS last month. Yet upon closer inspection no global warming has been […]

Share this… Facebook TwitterOnly a short post today due to time constraints. The German catastrophists-in-a-hurry media already see the earth being beyond the tipping point and every weather anomaly as a sign of human sin. Geologist Dr. Sebastian Lüning and Professor of Chemistry Fritz Vahrenholt write about a prime example of media climate propaganda that […]

Share this… Facebook TwitterThe ocean-acid-heads are tripping out once again, trying to scare the public with their hallucinatory visions of future marine catastrophes. In a hearing by the Lower Saxony Environment Committee on June 16, 2014, Professor Stefan Rahmstorf (Potsdam Institute for Climate Impact Research) once again announced panic warnings of melting ice in the Arctic […]

Share this… Facebook TwitterFrank Bosse at Die kalte Sonne here puts the spotlight on a global warming forecast published by some British MetOffice scientists in 2007. It appeared in Science here. The peer-reviewed paper was authored by Doug M. Smith and colleagues under the title: “Improved Surface Temperature Prediction for the Coming Decade from a Global […]

Share this… Facebook TwitterIf you don’t have the truth, then some folks rely on lies and hope others will be fooled and stay so. Such is the case with global warming climate science. Almost every measure of global warming has stopped cooperating with the alarmists over the last 10 years. Now they have to make things […]

Share this… Facebook TwitterWhen listening to Al Gore’s numbers and figures, we really do need to worry that he may have completely lost his sense of reality. Otherwise we can only conclude that he is a stunningly unscrupulous fraud. Image cropped from: Rush Limbaugh site. In Gore’s self-imagined climate-crisis world, global temperatures are accelerating, the […]

Share this… Facebook TwitterIce Core CO2 and Temperature The “Delay” By Ed Caryl There has been some interest in the lag in ice cores between temperature as measured from oxygen isotope differences, and the CO2 content as measured directly in gas bubbles. The literature seems to agree that the lag is something between one millennium […]