265 Papers Published Since 2017 Subvert The Claim That Post-1850s Warmth Has Been Unusual, Global

Solar Cycle 24 Going Down As Quietest In Almost 200 Years, May Put The Brakes On Warming

Share this… Facebook TwitterThe sun in December 2018 Von Frank Bosse und Fritz Vahrenholt (German text translated / edited by P Gosselin) Our sun was also very sub-normally active in December last year. We are writing the 121st month since the beginning of cycle number 24, in December 2008, and since 2012 (when we started […] 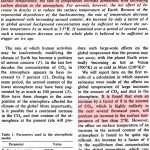 Share this… Facebook Twitter“As the sea levels have been oscillating, but not accelerating, in the long-term-trend tide gauges of Japan since the start of the 20th century, the same as all the other long-term-trend tide gauges of the world, it is increasingly unacceptable to base coastal management on alarmist predictions that are not supported by […]

Share this… Facebook TwitterLeipzig, 20 December 2018 Researchers from Leipzig cooperate with scientists from Punta Arenas (Chile) to learn more about the relationship between air pollution, clouds and precipitation. Leipzig/Punta Arenas. How do airborne particles, so-called aerosols, affect the formation and life cycle of clouds and precipitation? In order to come one step closer to […] 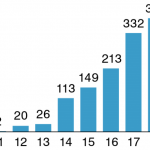 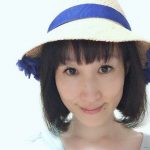 Share this… Facebook TwitterBy Kirye in Tokyo In Japan we often hear about “climate change” and how citizens are told by their elected officials that it is necessary to act quickly to combat it. Leaders worldwide want to have trillions of already scarce dollars to “mitigate climate change”. But what if there hasn’t been any real […] 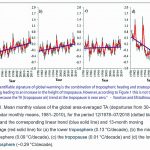 Share this… Facebook Twitter“It is not possible to reliably support the view of the presence of global warming in the sense of an enhanced greenhouse effect due to human activities.” — Drs. Varotsos and Efstathiou, 2019 Image Source: Varotsos and Efstathiou, 2019 In a step-by-step dissection of the anthropogenic global warming (AGW) hypothesis, or “greenhouse hypothesis […]

Share this… Facebook TwitterBy Die kalte Sonne (German text translated/edited in the English by P Gosselin) World economic output is rising and rising. This can be nicely seen in the growth of the global total gross domestic product. It is therefore not surprising that losses from natural catastrophes are also rising steadily. As there is […] 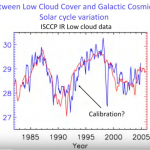 Share this… Facebook TwitterDanish Professor Henrik Svensmark is a leading physicist of cosmic radiation. At the end of last year he made a presentation at the 12th International Climate Conference in Munich, where he demonstrated that the climate is indeed modulated in large part by cloud cover, which in turn is modulated by solar activity […] 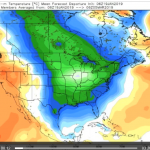 Share this… Facebook TwitterAs winter progresses through January and heads into February, the latest forecast tells us one thing: Global warming is not putting an end to brutal cold winter conditions like experts said it would in the early 2000s. At his Weatherbell Analytics Saturday Summary yesterday, meteorologist Joe Bastardi pretty much gave his seal […]